Who is the “Eastre” Rabbit? 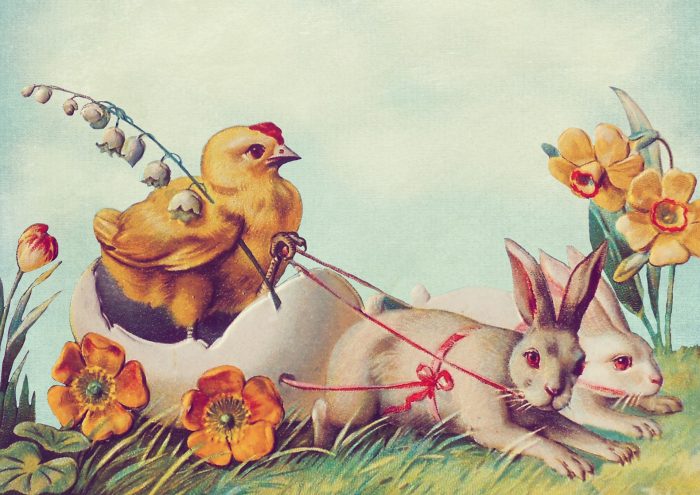 Did you ever wonder why rabbits and eggs are symbols of Easter..? Before Passover and Easter, many ancient cultures celebrated the Rite of Spring…

Before Christianity, Easter, Eastre, Eostre was goddess of dawn, spring and fertility.

No, it’s not a typo: Eastre is a Goddess and she loved rabbits. Did you ever wonder why we associate rabbits and eggs with Easter..? It goes back to a Beautiful, Bountiful Pagan Goddess…

This time of year is Passover and Easter, and many ancient cultures have celebrated the Rites of Spring…

Our Mother and Father

Earth is referred to as Mother since ancient times: “Mother Earth” and “Mother Nature.” Watching the cycles of Nature one sees that rain falling brings life to Earth, so ancient cultures saw Father as Heaven, and Earth as Mother.

The union of this heavenly Father and earthly Mother brought forth abundant crops, as the rains from the sky met the welcoming earth. Festivals like “The Marriage Feast of Canaan”  were Spring fertility rites in ancient times which celebrated this intercourse.

Christian Easter falls around the same time as Pagan Easter and after the Judaic Passover, which is fixed by a lunar cycle. The Jewish Passover was known as “Pasch”,  taken from the Hebrew  “Pesach”, meaning “to pass over”. It commemorates emancipation of the Israelites from slavery in ancient Egypt. The rituals of Passover remind us to honor freedom as Easter symbolises new life and the potential of renewal. Spring abounds with reminders of change and promise everywhere!

Before Christianity, “Easter” (Eastre, Eostre) was a Teutonic goddess of dawn, spring and fertility. She is also called Ostara, goddess of dawn, with sunrise celebrations centered on growth and renewal. Prayers to her assured abundant crops, and eggs were eaten and exchanged as talismans.

Other Names of Spring Goddess:

Symbolising the beginning of Spring, with brightening and longer days after vernal equinox, Eastre is full of growth and  passion of new life. She was the Great Mother Goddess of Northern Europe. She is a goddess of  dawn and spring, and her name derives from dawn, the light arising from East. The word, East is related to her and the female hormone, estrogen is named for her.

The Rite of Spring

Eastre’s male consort was the Sun god, and rites of spring were celebrated in her honor on the first day of spring. Pagan celebration were on the first full moon following vernal equinox. The full moon represents a “pregnant” phase of Eastre, passing into fertility to give birth to the Sun’s offspring.

“Eastre” is derived from the direction East, and the Spring Goddess is associated with  dawn. Eastre is related to the Indo-European Hausos, Goddess of dawn, and the Roman and Greek Godesses, Aurora and  Eos. In German Austron means dawn,  derived from Aus, “to shine”. The ancient word for Spring was Eastre, and Goddesses in many  cultures are celebrated as the bearer of springtime.

The middle east celebrates many Spring festivals, including the Iranian Nowruz, ascension of the mythological king of Persia. Commemorated by Azerbaijan, Afghanistan, India, Turkey, Zanzibar, Albania, Kurds, and central Asia, it is a Zorostrian holiday, and celebrated by Baha’i’ and Nizari Ismalili Muslims.

Sham El Nessim has been celebrated since 2700 B.C. and ancient Egyptians celebrated this creation story with a feast at the Great Pyramid. The feast of Shemu, means ‘renewal of life’ later changed to ‘shamm’ (smelling or breathing) and ‘nessim’ (breeze). Sham El Nessim is celebrated as a national holiday, and is celebrated by Christians and Muslims as “Easter Monday”.

Eastre represents renewal and fertility, and eggs and rabbits were sacred to her. Rabbits are potent symbol of fertility, as a female can conceive a second litter while still pregnant with the first! The markings of the full moon were believed by some Eastern cultures to be  an image of a rabbit pounding a mortar.

Some Asian folklore has rabbits living on the moon. Chinese Goddess Chang’e lives on the moon, because an overdose of immortality caused her to float up, and the Jade Rabbit continually pounds the elixir of life for her. In Japanese and Korean folklore,  rabbits pound mochi and tteok. a mashed sticky rice.

The Earth in Spring is full of fertility and awakening, so the egg is an obvious symbol, and it has been a symbol of rebirth since ancient times.The hare was sacred animal of the Spring Moon. At vernal equinox one of Eastre’s hares laid an egg, the Egg of New Life.

Egyptians and Greeks buried eggs in tombs of the dead as a sign of resurrection, and the egg is a symbol of nature rebirth and regeneration. Eggs were  decorated and given as gifts, and dyed eggs were part of early rituals in ancient Near Eastern civilizations. These could have been the first Easter eggs!

Easter egg decorating is an art in Germany and Russia, and old Spring rituals in  Germany and Sweden consist of throwing an egg into the air “to ensure grain will grow as high”

With all this growth and abundance around us, it might be a good time to create intentions for this year. Imagine yourself reborn anew,  filled with Spring energy, and use it to clear away something that no longer serves you.

Things to Energise You!

Here are some favourite Spring Flower symbols. Add some to your home!

The soil is prepared, planting season has begun, so sow your seeds and hard work will bring you full bloom! 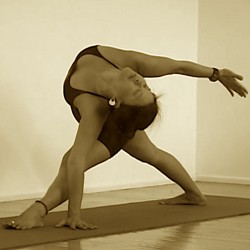 CORA WEN grew up in Hong Kong, Indonesia, Switzerland, Australia and the US, and has travelled extensively around the world. She loves learning about legends and mythology of diverse countries and find ways to share these tales to connect others. Cora always wants to learn about people, and their cultural backgrounds, stories and wisdom. She teachers Yoga internationally, and uses Chinese Energy Meridians to describe her energetic Yoga flow. Cora has been dedicated in her support of preserving culture for exiled Tibetan people.

CORA WEN grew up in a traditional Chinese family in Asia and the West, and took refuge in the Buddha as a teen. An international childhood growing up in Hong Kong and Indonesi… Read full bio