Banned for Occult and Satanism.

Being a librarian, as well as a general asshole, I thought it would nice for me to come up with a list of challenged and banned books that may (or may not) reflect the interests of those who read Elephant Journal. I had hoped to find a list of religious texts which have been at least challenged but honestly, I was hard pressed to find any reportings. It wasn’t until I saw this graph from the American Library Association that I realized why.

Since so many books are challenged by parents, the top books are bound to be directed towards school-aged children which, honestly, I don’t foresee there being much of a challenge to the  Diamond Sutra or the Bhagavad Gita since it’s rare for them to be placed in the children’s section of the library or assigned to be read for English class. Although I was hoping to see one of the Top Six Buddhism-Inspired Comics on the list but to no avail.

Fortunately for my research, two of reasons on the ALA’s list are “Religious Viewpoint” and “Occult/Satanism.”

So without further ado, here is a list of 10 books, in no particular order,  which have been challenged or banned over the past ten years for the simple reason that they promote a Religious Viewpoint (non-Christian?) and/or Occult/Satanism.

1. The Perks of Being a Wallflower by Stephen Chbosky

Challened for promoting a religious viewpoint.

Plot: The story explores topics such as introversion, teenage sexuality, abuse, and the awkward times of adolescence through the eyes of an autistic boy who calls himself “Charlie,” a self-proclaimed “wallflower.” The book also touches strongly on drug use and Charlie’s experiences with this. As the story progresses, various works of literature and film are referenced and their meanings discussed.

2. The Awakening by Kate Chopin

Challenged for promoting a religious viewpoint.

Plot: First published in 1899. Set in New Orleans and the Southern Louisiana coast at the end of the nineteenth century, the plot centers around Edna Pontellier and her struggle to reconcile her increasingly unorthodox views on femininity and motherhood with the prevailing social attitudes of the turn-of-the-century South.

Lesson: Feminism goes against religious teachings especially if you are black and in the South. But really, this isn’t a surprise.

Banned for promoting a religious viewpoint.

Plot: Twilight is a series of four vampire-themed fantasy romance novels. It charts a period in the life of Isabella “Bella” Swan, a teenage girl who moves to Forks, Washington, and falls in love with a 104-year-old vampire named Edward Cullen.

Lesson: It’s not so much the vampires and werewolves that cause such a stir with religion. It’s the sparkling. Everyone one knows that there is only One who sparkles.

4. And Tango Makes Three by Justin Richardson and Peter Parnell

Challenged for promoting a religious viewpoint.

Plot: The book is based on the true story of Roy and Silo, two male Chinstrap Penguins in New York’s Central Park Zoo. The book follows part of this time in the penguins’ lives. The pair were observed trying to hatch a rock that resembled an egg. When zookeepers realized that Roy and Silo were both male, it occurred to them to give them an egg to hatch. A second egg was obtained from a male-female penguin couple which had previously been unable to successfully hatch two eggs at once. Roy and Silo hatched and raised the healthy young chick, a female named “Tango” by keepers, together as a family.

5. Child of the Dark Prophecy, by T.A. Baron

Plot: Child of the Dark Prophecy is the first novel in The Great Tree of Avalon trilogy. It is set in a world made up by a great tree and its seven roots inhabited by creatures. The trilogy revolves around a group of protagonists who seek to bring an end to the troubles brought upon them by the actions of an evil sorcerer and seek the identity of the Child of the Dark Prophecy, who is to destroy Avalon, and Merlin’s heir who is to stop the Dark Child. At the end, the identities of both are revealed.

6. The Supernaturalist, by Eoin Colfer

Plot: The Supernaturalist, is a dystopian science-fiction novel taking place in Satellite City located somewhere in North America during the Third Millenium. Much of Satellite City is controlled by the Satellite, owned by a major corporation. By the time of the novel, however, the Satellite is losing links to the surface, causing disasters that range from mild to catastrophic. Cosmo Hill, an orphan, survives a near-death accident than gives him the power to spot supernatural beings called Parasites, invisible creatures who suck the life force out of people. He joins a group of people who call themselves the Supernaturalists and they proceed to locate and destroy the Parasites.

Lesson: Seriously this can’t be any worse than CW’s show, Supernatural. Can it?

Challenged for promoting a religious view.

Plot: It’s Perfectly Normal: Changing Bodies, Growing Up, Sex, and Sexual Health is an illustrated children’s book about going through puberty. It covers not only puberty but also sex and sexual disease including HIV/AIDS.

8. Whispers from the Dead by Joan Lowery Nixon

Plot: After Sarah Darnell’s near-drowning, she feels haunted by a shadowy ghost-like presence. So when her father announces he is being transferred to Houston, the family welcomes the opportunity to put Sarah’s tragic experience behind them. But the moment Sarah enters their new house; she is paralyzed by a cold mist that is only apparent to her. And she is convinced something horrible has happened in that house. Her fears are confirmed when she learns that the previous owner’s son had been charged with murdering a delivery girl, and the maid had mysteriously disappeared. But nothing prepares Sarah for the cruel trick perpetrated by a new friend–a trick that backfires and endangers Sarah’s life.

Lesson: What she should have done is try to convert this dark, ghost-like presence to her preferred religion.

9. My Sister’s Keeper by Jodi PicoultAtria

Banned for promoting a religious view.

Plot: Anna was conceived in order to harvest blood from her umbilical cord in order to use in treatments to help save her sister, who is suffering from acute leukemia. Throughout her life, Anna was used as a donor for any other bodily substance needed to treat Kate, who continues to swing between remission and relapse as she grows up. When Anna is told that she needs to give up one of her kidneys, she sues her parents.

Lesson: I wish I had more information on this challenge. Were they for or against using one child as an organ farm for the other?

10. The Golden Compass by Philip Pullman

Plot: Lyra Belacqua, an orphan, seeks to locate a friend who has been captured by “the Gobblers,” with the help of her dæmon, Pantalaimon, an animal-formed, shape-shifting manifestation of her soul. Lyra located her friend with the help of a device called an alethiometer, which resembles a golden, many-handed pocket-watch. This “golden compass” can answer any question asked by a skilled user.

Lesson: Okay, they got us there! This was Philip Pullman giving the finger to the Roman Catholic Church. 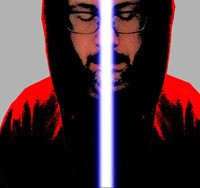 Blake is a law librarian and a member of the Kwan Um School of Zen, sitting with the Kansas Zen Center in Lawrence, Kansas. Blake is way into g33k culture which, as he sees… Read full bio

The Problem with Believing in “the One who Got Away.”