I’m an Arrogant Prick, & You Might be One Too!

The Bad News About Using Relationships as Your Spiritual Path.

Early in our relationship, my last boyfriend confessed that he wasn’t sure whether he could be with me because, frankly, he thought he was better than me.

My response was somewhere between floored and amused.

I could think of dozens of reasons why I was at least as good a human being as this man, including my tolerance, intelligence, open-heartedness, and amazing circle of friends. Besides, what kind of person says that to somebody? In my mind, that alone shot a fatal blow to his theory.

Truth be told, I adored this man, but I was clear that in terms of anyone being “better” than the other, he had it about 180 degrees backwards. Secretly, I nursed the idea that he should be damn grateful to have me in his life given his mood swings, unreliability, and well, saying shit like that to me.

Years before hooking up with him, I met a different man at a weekend meditation retreat who was quite a piece of work. He was in his late fifties and built like a barrel. A Vietnam vet and recovered alcoholic, he told the same stories again and again. He was often the only man in a room filled with women, and to my eyes, he seemed to lord over us as though he had something to which we aspired. I saw him as arrogant, insecure, and blithely misogynistic. But, as an aspiring bodhisattva—one who cares for all sentient beings—I took pity and befriended him. He told me years later that he had judged me as being a brainless blonde—attractive and vapid.

Funnily enough, I had been the top student in most of my classes, singled out by teachers and mentors throughout my life, and encouraged to pursue everything from Engineering studies to a PhD in Philosophy to becoming a Meditation teacher. I knew myself to be articulate, insightful, and creative, and to top it off, I had experienced significant spiritual breakthroughs as well. And he thought himself somehow superior to me. Was this guy for real?

I laughed off his pejorative assumptions, believing that his misguided arrogance was the product of his own insecurities. It was sad really. I wasn’t even miffed by his insult, nor that of my boyfriend. My confidence remained utterly intact, and I saw my lack of perturb-ability as evidence of the strength and accuracy of my conviction.

Are you starting to see the theme here?

On a therapist’s couch a few weeks ago, I was called out. Like drops of acid hitting a cube of sugar, his words penetrated and began to dissolve my façade. “You’re good!” he said somewhat ironically, “No one is going to be able to confront you unless you allow it.”

I caught his meaning: my defenses were unassailable—and worse, the story of myself as good, wise, and confident was fooling nobody but me. The question now was whether I going to let myself in on the joke (of which I was the butt).

I finally admitted to myself, and out loud, that I was the arrogant, insecure one. (I want to say that I “realized” this, but the truth is that I had always known.) At least these two men in my life had been honest, whereas I had sat there secretly harboring grandiose fantasies of my superiority. Me, trying to appear “humbly” open-hearted toward these poor, dear men—men who were really just lucky to have me in their lives.

Only one very insecure human being.

And why had my friend seen me as a vapid blonde? Gee, maybe because I present myself that way: hair lightened, face tanned, make-up, high heels—and more importantly, unable to stand firmly with integrity in the face of someone bestowing attention on me.

Why had my boyfriend felt superior? Maybe because he could see beyond the thin veneer of my “devotion” to him, to my more obvious fear of being alone. Crap, was I that transparent?

With horror, I realized that if these men’s issues were transparent to me, then mine must be just as obvious to them—and to others—and actually to everyone, except me. I suddenly felt like a two-year-old under a tea-towel saying, “Where’s the baby? You can’t see me!”

Strangely though, the initial shock of being the last to know that the Emperor had no clothes (and that I was the Emperor), lasted only moments. In fact the anticipation and fear of being exposed turned out to be the pain itself. As a friend of mine recently said, “Actual doom always feels better than impending doom.”

What I actually felt, sitting on my therapist’s couch, was relief as a great weight was lifted from my shoulders. I didn’t have to pretend to have it all together anymore. And what came next was, well, tenderness. First toward myself: I mean, really, who does do that? One sweet, scared, innocent human being trying desperately to measure up. And then toward these two men in my life. Perhaps each of us had been mirroring the other’s fears—fears that we are not enough and just want to be loved anyway.

Here I had been making vows to be a bodhisattva, and now I was seeing that I was one of the most arrogant pricks of all. I was finding out “the worst” about myself and yet, for perhaps the first time, I was finding some genuine compassion.

Who knew that becoming a bodhisattva would entail seeing all the ways that I was the opposite of one?

A few months ago my new sweetheart and I started our relationship on a similar note. On our second date he said,

“I have to apologize. I have been thinking of myself as kind of superior to you, and I see now that that isn’t true. I’m really sorry.”

He seemed genuine and a bit chagrined.

The way I see it, either he is recognizing the first glimmers of humility actually dawning in me, or else this guy should be running fast and hard in the opposite direction. 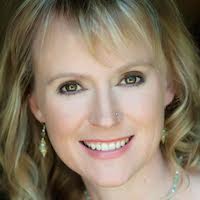 Gaslighting in Disguise: 12 “Harmless” Phrases we Need to Ditch.