Can you name all 10 Orgasm Types?
Find our Here and how to Have Them >>
(+ Special deal on Rumbly Toys for Elephants)

Can you name all 10 Orgasm Types?
Find our Here and how to Have Them >>
(+ Special deal on Rumbly Toys for Elephants)

April Fool’s Day is Here: Pause Mindfully Before you Tease. 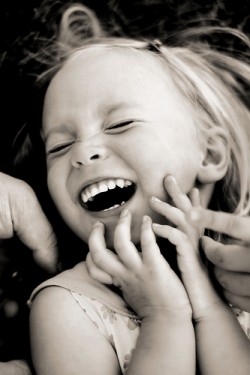 First, I have to admit that I am a long time prankster.

That being said, I once took a joke too far, and I still feel quite badly about it.

I didn’t think of the repercussions that would ultimately result from my mischief, and I could have lost a best friend over the prank that I played.

Although playing a joke on someone might seem like a good idea in the moment, I am now more mindful when my brain thinks of a prank involving someone else.

I learned my lesson the hard way and I hope that others with a devious side might learn from the following story. And please, no hate mail, as I still feel remorseful to this day, although I ultimately did learn that laughing at myself was important and necessary in this and other situations.

One of my dearest and long-time friends, Chris, and I have perpetually played terrible jokes on each other and on others. There is a lot of history concerning these mischievous acts between the two of us.

It started in the fifth grade when Chris’s family friend had to put a cast on Chris as part of a training for working in the medical field. Chris had that cast put on for no reason, but told me that she had broken her leg. I carried her books and did her chores for a good few weeks—and so it began.

Fast forward many years to the joke in question.

Chris had been going through a hard time trying to get her house refinanced and it just wasn’t happening. The bank wouldn’t budge and Obama’s official refinancing program wasn’t being implemented as it should have been. Her bank was refusing to work with her.

After many months of attempting to refinance her home, and an impending divorce that was soon to be finalized, she finally sold the house. It wasn’t an optimal choice, but it had to be done. She got on with life, rented a new place to live and was doing well, financially and otherwise.

I was (and always will be) proud of Chris for her strong character and for dealing with life’s challenges so gracefully.

April Fool’s Day came along and I hatched a plan to play a joke on her, which, by then, was a fairly normal type of interaction between the two of us that had gone on throughout the years.

On this particular day, my pal was excited about meeting a guru from India, who travels the world simply giving hugs to people. She goes by Amma (meaning mother), but her real name is Mata Amritanandamayi. Needless to say, my girlfriend was over the moon with excitement, even though lines typically went on for hours just for the hug, as this was a once in a lifetime opportunity.

I, on the other hand, was thinking about a devious plot to trick her. In all honesty, I didn’t believe it would work as it required my voice on the phone, which I thought for sure that she would recognize. But, I compulsively decided to play the trick on her without giving it enough thought to realize what the repercussions might be.

Chris had sold her house approximately four months prior, and my plan was to pretend to be her bank and call her to say she was four months behind in mortgage payments. (However, she didn’t really owe the payments, as she no longer owned the house.) I figured it was a long-shot and that it wouldn’t be believable at all.

I called her using a phone device that wouldn’t let her see where the call was coming from, and said in a muffled tone, “Hello this is Julie from The Evil Bank. We are calling to inform you that unless you bring your account current with us within 24 hours, we will be deducting the four outstanding payments that you owe out of your checking account.” I then gave a bogus 1-800 number for her to call back.

I thought she would know this was phony because of my voice, the bogus number or the fact that the house was no longer hers and that none of it made any sense.

As it turned out, the phone connection was bad and she couldn’t hear my voice well and the bank had given her such trouble in the past that they had actually given her a bad number before. So she believed it and took the bait—Hook, line and sinker.

A few hours after I left the message, I started to worry because she hadn’t called me about the riot act. She never called and I couldn’t get in touch with her.

I figured she was in line waiting to meet Amma the Great and that she was all blissed out on the whole experience, so I let it go for a few hours.

Finally, that evening, I called her and she answered in tears telling me that she had been on the phone all day with a major problem. I became very concerned and asked what was wrong (I really do love her very much).

She explained that The Evil Bank had called and you can guess how the rest of the story went. She had closed her checking account so they couldn’t take her money and had struggled on the phone all day over this.

I felt like the bacteria that lives on pond scum. I actually felt worse than that, but there is nothing to describe how guilty I felt. Being a horse’s ass doesn’t even begin to describe how badly I felt.

At this point, I was in tears too, apologizing up and down, and asking if I could pay for any fees that had been incurred. She simply said she had to go. And oh my Lord, that was the worst punishment she could have given me.

I texted her, pleaded for her to stay my friend, etc. Eventually we spoke later that night and, surprisingly, she said the worst part about the joke was that she was jealous that I tricked her so badly with such a clever joke. She also said the checking account had to be closed anyhow due to the impending divorce. No foul, no harm.

I suggested right then and there that we stop with the pranks. And her answer? “No way—Game on sister.” And so I waited in great fear for her wrathful revenge.

She did get me back in an immense way that made me eat crow for weeks. And so, our custom since the fifth grade continues on.

I always think I am going to be ready for anything she pulls on me, but our tradition runs deep and signs of impending doom are not always evident.

So, I am feeling a bit paranoid this year—As I should be, as she is one sly fox of a friend, whom I love so dearly. And if she gets one over on me this year, I deserve what I have coming.

I can only hope that I will handle it with as much grace as she did when the roles were reversed.

P.S. Here we are. The merry pranksters in fifth grade! 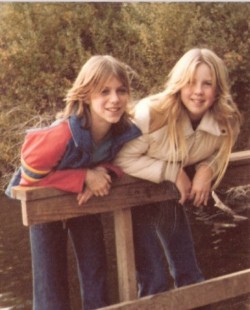 Photo: Courtesy of the author

Laura Kutney resides in Northern California with her true-love of 27 years. She is the grateful mom of three incredible children. She finds inspiration for her writing in just… Read full bio

How the Buddhist Notion of Impermanence can Save our Romantic Relationships.

How to Have the Best 2-Minute Make-Out Ever.

Billy Manas is a poet, singer-songwriter, and truck driver. He writes about addiction, h…