He’s Everything I said I wanted—Except He’s Not You. 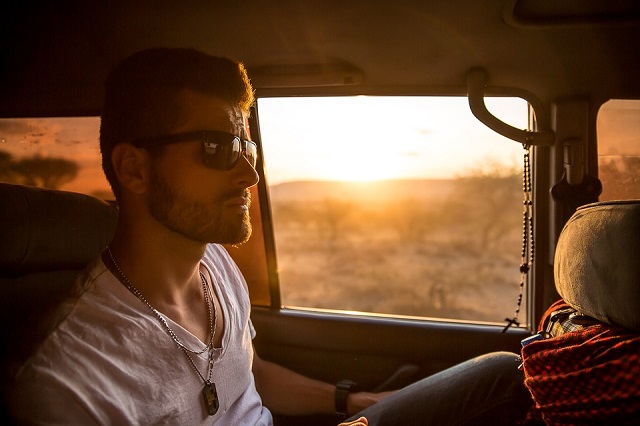 “If you can’t get someone out of your head, maybe they are supposed to be there.” ~ Unknown

I’ve found a man who happily fulfills every single requirement on my precious list—except for just one thing—he’s not you.

When this man first came into my life, I was blissfully excited because I had hoped that he would make me forget that I’d ever tasted your name as sweetly as I did.

I had thought that maybe the potential existed to forget about you once and for all.

Even though I do care about you—I also wanted to try to forget you.

Let’s be honest—getting over our heads into a new love can be the most effective way of getting over someone. I actually uttered the word “wow” when I started talking to this new man, because it was as if some divine power above had heard my request and sent him my way.

It’s not physical attractiveness that catches my attention, but something more undefined, like the light in a man’s eyes and the way he enters a room and radiates his energy.

There’s just something to be said for those small things that are unspoken.

When I first spent time with this new man, it was wonderful—we began talking as if we’d been out handfuls of times before.

Yet—I began to realize that the only compliments he paid me were on how I look.

We had a pleasant enough time together, and when he brought me back home, he asked if he could come inside—the truth is I didn’t want him too, I wasn’t comfortable with it—but I said yes anyway, mostly because I’d never done anything like that before and I wanted to try it on for size.

It didn’t feel right though, and his presence in my house didn’t feel as relaxed as yours always had.

As much as I should have enjoyed hearing his compliments on my appearance, the truth is that words like that have always made me uncomfortable.

It’s not that I am unable to accept compliments—but to me, comments on my physicality are just words, and they really lack meaning when compared to the kind of woman that I am and the kind of heart I know I possess.

In all of our time together, you’ve never told me that I am beautiful—yet, it’s precisely the fact that you haven’t which makes me appreciate you all the more.

You are the only man to ever comment on the kind of woman I am as a reason as to why you’ve spent time with me—and to me there isn’t anything more sincere.

Even as this new man was sitting on my couch, I still found myself thinking of you—and when he slid his thick arm around my tender shoulders, my first thought was that it didn’t fit.

I don’t know why it always seemed to fit with you, but for some mystical unspoken reason it just did.

Some people say it’s a matter of time spent together, but I don’t believe in that—because I remember the first time I kissed and hugged you—there was only ever the feeling of wanting more.

It seems that I should have known that he was after more than just watching a movie with me, but still, when he kissed me—it came as a surprise.

I didn’t like it at first, but still I found myself kissing him a few more times, just to see if suddenly I would feel that spark that I had become so addicted to because of you—but I never did.

And the truth is—I thought of you while I was kissing him.

I know that in all likelihood you no longer think of me—and that’s okay, because I never wanted to force anything or to twist your arm to explore a road you had no desire to travel down.

But for me, it was an experience that I had spent months longing for—a man who on paper was everything I said that I wanted and needed. Except than when push came to shove, the only thing he wasn’t also became the most important thing—he just wasn’t you.

Even though this man is all I said I needed—I didn’t really and truly want him, and so I’ve let him go.

Some may say that I am being closed off, because you still have a hold on my heart, but the truth is that I so badly wanted this new man to take your place inside my thoughts and desires that I was actually disappointed when I admitted he wouldn’t ever have that potential.

However, I have to believe that when a man finally does come into my life—someone who fits me—you’ll dissolve from my heart as effortlessly as the snow has after a long winter, leaving tiny green shoots of hope in its place.

I’ve wondered—as I sit in the dappled sunlight, with the early spring breeze lifting my hair—how long I could really love you, getting absolutely nothing in return.

Maybe in the past I would have tried by any means necessary to forget about you—which included making poor choices and seeking artificial substitutes—but now I simply soak in the present moment.

I truly believe that we think and feel whatever we do for a reason—and I have faith that when I am meant to get over you, I will. Until then though, I am concentrating on myself and my own amazing life.

I’m not dating just anyone who asks, because now that I really know what I want—and deserve—I’ve also lost the ability to settle for anything less than that. The beautiful truth is that I am just waiting for my love story to begin, because I know that it’s out there already in the works.

I don’t know who it will be with—or when—but I trust in the divine timing of the universe and all of its plans.

I have no doubt that my forever love is out there—and when the time is right, I know that we won’t simply fall into love, but we’ll realize that we’ve been growing in it all along.