Saturn the Lord of Karma Turns Retrograde in Sagittarius: Timing is Everything. 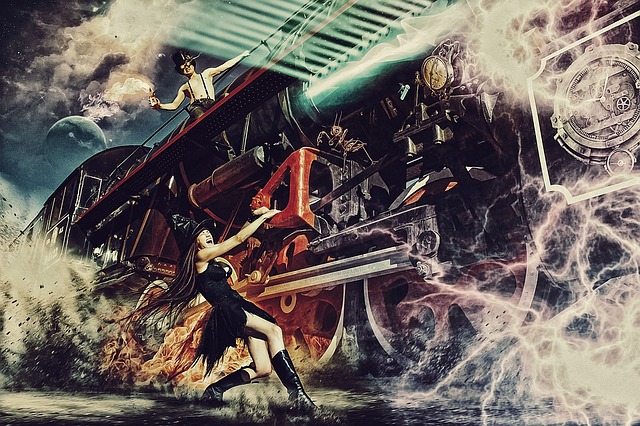 *Eleditor’s note: Astrology isn’t a religion. We’re not sure it’s a science, either. It’s magic, maybe. But, as with feng shui, say, things affect things. So as long as we don’t go blaming our problems on the stars, as long as we assume responsibility for our own actions…well, hell, a little auspicious coincidence and applicable wisdom can’t hurt. And so, with that grain of salt…enjoy!

“The strongest of all warriors are these two—Time and Patience.” ~ Leo Tolstoy

On Friday March 25th Saturn will turn Retrograde in Sagittarius until August 13th.

Saturn is otherwise known as the lord of time and karma, the true dictator of what goes around comes around. In September of 2015, Saturn moved into Sagittarius and has been asking all of us—What do you believe in?

Saturn in Sagittarius is turning up the heat for all of us because the stakes are just too high to play by the rules—or fears—that we’ve become accustomed to letting rule our lives for the past few years.

This time, we are feeling pressured by circumstances and a “now or never” type of feeling, it’s a type of situation where everything has finally peaked and now we are faced with the choice to abandon how far we’ve come or to continue on into the unknown.

Both Saturn and Sagittarius are very virtuous entities—yet Saturn does this by playing strictly to the rules, and Sagittarius by what his heart and soul are telling him, often justifying whatever means necessary as long as in the end he feels that he was true to himself.

When Saturn is in forward motion, it can be very strict, often creating boundaries that feel unnatural, and similar to the ultimate buzz kill.

When Saturn is in retrograde motion, it’s completely different.

Planets that rotate more slowly have an opposing effect on us once they turn retrograde—although Saturn is all about boundaries and rules, in retrograde motion it tosses them into the wind, ready to recreate reality itself.

Saturn is slowing way down and with it, the way events are processed in our lives slows down too. We are being taught patience through learning that sometimes certain things just can’t be rushed and that for every aspect in our lives there is a purpose as to when it occurs—timing really is everything.

“You got chemistry, you only need one other thing: Timing. But timing’s a bitch.” ~ How I Met Your Mother

Just like we wait to pick fruit only once it ripens on the vine—so do we also have to learn to be patient so that we can enjoy the fruits our own life will bear.

Saturn began playing tricks long before he turned retrograde this month, forming a square to Neptune in Pisces. In November 2015, the ruler of boundaries met Neptune, who dissolves boundaries away. Sometimes we have to be faced with loosing what we most care about, sometimes we lose faith in what is possible so that we can rebuild even better, and stronger.

These are the lessons that Sagittarius and Pisces are teaching us, and while the square will be exact again in June and September—it still heavily influences our entire retrograde period.

Don’t be afraid to let go—because what may be waiting for us could be even better than what we have now.

Saturn in Sagittarius trined Uranus in December 2015, and it will do the same once again in May and November of this year. This trine is the reminder that while we thought we were backtracking (that we had lost everything), we were really being cleared out so that we could be propelled into a future brighter than we could ever have imagined.

This retrograde isn’t like anything we’ve ever seen before, and while it’s difficult in many ways because of the lessons of timing, patience and the breakdown of barriers and fears, we could also find ourselves quickly moving in the direction of our desires.

Looking more deeply into the aspects that will take us through the rest of the year, it seems that if we choose to remain where we have outgrown or to stay where our hearts aren’t honestly invested, that the universe—one way or another—will end it for us.

Ultimately we are being given the gift of time.

We are letting those barriers that felt necessary at one time break down, realizing that what we were doing wasn’t what we actually wanted. It’s a time when we will understand how deeply our fears played into our actions—or lack thereof.

Certain situations may be slow going, but the really amazing aspect is that at the end of our journey, we will see that everything that happened had to occur in precisely the way that it did.

There may be moments of feeling stuck—yet it’s those situations that can direct us toward where our growth most needs to occur from.

Not only are we being given the gift of following our hearts, we also will be able to build situations brick by brick so that anything begun during this time will have a solid foundation of truth and authentic awareness.

During the next five months, we will be given the knowledge that comes from retrospect vision, before it’s too late to do something about it.

With the lord of karma in the picture, we will start to see the big picture that we may have missed by sticking too strictly to the rules.

The next five months truly have the possibility to be a life changing moment in time—so many pieces of the puzzle are finally fitting together.

We are being given the ability to truly become who we really were, and to develop that genuine spiritual awareness that only comes from absorbing lessons and making the conscious choice to do things differently this time around.

Yet it may not happen overnight.

There may be some push-pull situations and false starts over the next few months, but nothing will truly come into fruition until late summer.

Once Saturn turns direct we will feel the cumulating of events that we have been working towards for years, and were finally able to synthesize during the retrograde period.

From August until November, Saturn will still be transitioning through the shadow phase and therefore will be bringing lingering innovative and creative energies well into the fall.

Simply put—heading into this retrograde, everything is up for review.

There are no rules or limits, and boundaries become imaginary lines just waiting to be erased.

Nothing is for certain—and nothing is out of the question.

The only thing we have to decide now is if nothing was holding us back—what would we do?

What would we accomplish?

Who would we lay down next to each evening?

And what truths are our hearts dying to tell?

And then be ready for the unexpected—because with Saturn in retrograde, that will be the only guarantee.