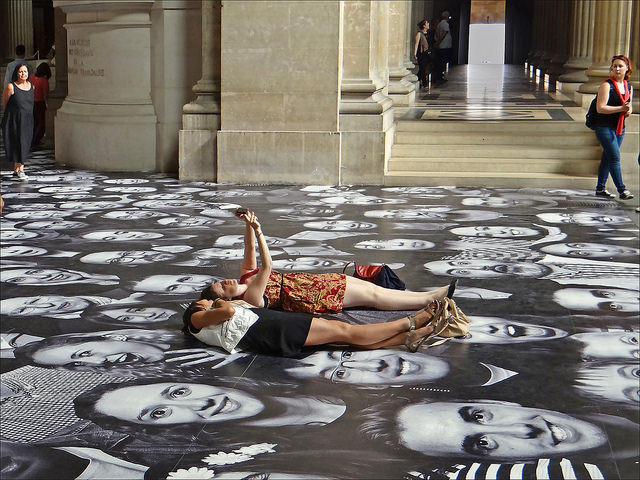 A couple of years ago I had the chance to spend an extended period of time in Rome. I was working on a series of short videos of the Pantheon, an architectural wonder and my favourite building in all of antiquity.

As a traveller on previous visits I had done all my architectural photography before 10 a.m., thus avoiding the intense crowds of tourists following talking guides, carrying little flags on poles. But on this stay I wanted to document daily life in the Piazza della Rotonda, where the Pantheon is located.

As I mingled with the daily crowds, I began to get fascinated with other people carrying cameras, particularly smart phone cameras. Tourists for the most part are in some kind of travel trance, particularly if they are on a packed guided tour visiting a multitude of sights in a single day. Rome is inexhaustible with beautiful things to see, from exquisite fountains, ancient buildings like the Pantheon and the Coliseum, to Caravaggio’s paintings hanging in Baroque churches, and stunning piazza’s for espresso and gelato. Consequently it’s a blur of beauty for most tourists on guided tours. When it comes to capturing this experience with a camera what I observed in the piazza reminded me of the importance of being present to life, and fully in the moment to experience beauty where ever you find it.

When a tour group disgorged its long trail of tourists via any one of nine winding streets to this piazza in Roma Antica, the first and automatic reaction of people was to point and shoot their iPhone at the Pantheon. It didn’t matter where in the Piazza they first laid eyes on the building, instantly it was take a shot, as if they were on a hunting raid and were surprised by some big game, and had to get a shot off, as if it might be their only chance for a kill.

It struck me that taking a photo was an aggressive action and was for the most part an unconscious mechanical act. As everyone in these groups did the same thing, point and shoot and at precisely the same time, I could see that it wasn’t really the Pantheon that people were photographing. It was more the idea of taking an image, because that’s what you do on tour, and by taking I mean ripping it out of the fabric of reality. Like a thief might steal a painting off a wall in a gallery.

There was no making an image of the Pantheon. To make an image requires a little more mindfulness and time spent discovering angles, light and composition. And while not everyone is a professional photographer on an assignment, the act of making a photograph can also be the perfect opportunity for capturing a mindful moment for yourself. But only if we make the time for ourselves first, before capturing it as a digital image.

Unless we are mindful of it, time for all of us is a pressure that we feel and respond to rather like the tourists on a tour. Just like the tourists we rush from one site to another in our daily lives not being fully present but mechanically reacting to what we encounter. We are for the most part distracted, not so much by the sites we see, however interesting, but by the endless stream of thoughts in our heads when we look.

It occurred to me that a smart phone camera can provide a perfect digital moment to disrupt this mental distraction, by returning us to the here and now, with full attention.

Technology has received its fair share of the blame for the mental distraction in society, and yet it has been a boon to mankind. The convergence of a camera and a phone into a single digital device was not just a smart idea, it was a smart evolutionary step for us to take.

Because at the very heart of what makes us human is the artistic impulse to represent reality in images, and then share those images with others. Visual communication is the predominant mode of information exchange within our culture. With 40 million photos uploaded on Instagram and 300 million images to Facebook every day, we are a global society ready to be re-focussed mindfully.

Henri Cartier-Bresson the father of modern street photography and photo-journalism talked about the decisive moment in a photograph, a perfect moment in time when not a moment before or a moment after, a camera can record something poignant and revealing about life. It occurred to me that a smart phone camera can provide a perfect digital moment in time to disrupt mental distraction by returning us to presence.

It’s interesting that Einstein pointed out that Space and Time are not two separate things connected, but a single continuum. If we feel that time is running out on us, the space around us will also recede. Under the pressure of time we consequently become mindful of less and less of the natural world directly before us. Disappearing down a screen to find some sense of re-connection and expansion then becomes an easy option.

A camera is like a time machine for it can bring you back to the present moment right here and now, from mindless thoughts lost thinking of the past or of the future. Photography, I have come to realise, can be a mindfulness practice, and a smart phone camera is a powerful tool for transformation.

I have noticed that my mood changes when I am engaged in making images, 12 mindful shots can transform a negative mood into a positive one, because it takes me out of my head and resets my attention in the present moment.

It also triggers a micro state of what is called flow, when you enter an optimal zone of performance. In this feel good state of consciousness we perform at our best. What underpins the flow state is mindfulness, and flow once triggered has an afterglow effect that carries over to other activities, thereby extending mindfulness in daily life.

What makes photography addictive for me is the feeling of being in flow; it’s led to my best work and taught me more about creative states of consciousness.

By watching tourists in Rome take pictures I began to see that the images they were recording were digital imprints of their own state of mind. For a camera records who is behind it as much as it does of what’s in front of it. By studying the photographs of the masters I began to become aware of minds that were fully conscious of what they saw in front of the camera. You don’t have to be a master or know much about photography to do it, that’s one of the great reasons why smart phone cameras are used ubiquitously these days, but I can guarantee you will become a better photographer if you come to see a camera as a mindfulness tool, and not just a digital device to take selfies.

Begin to use your camera as a mindfulness/flow hacking device to disrupt mental distraction and return you to presence, every time you point and shoot. Just take a few conscious breaths before you make any photograph, slow your movements down a little, be receptive and curious about what is around you and then see where your aim takes you. That way you will get out of your headspace, regain your attention in the real world, and refocus yourself on what is important in life, your own present state of awareness. 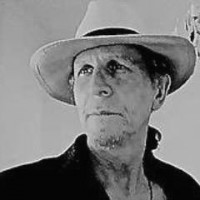