The Sneaky Way to World Liberation. 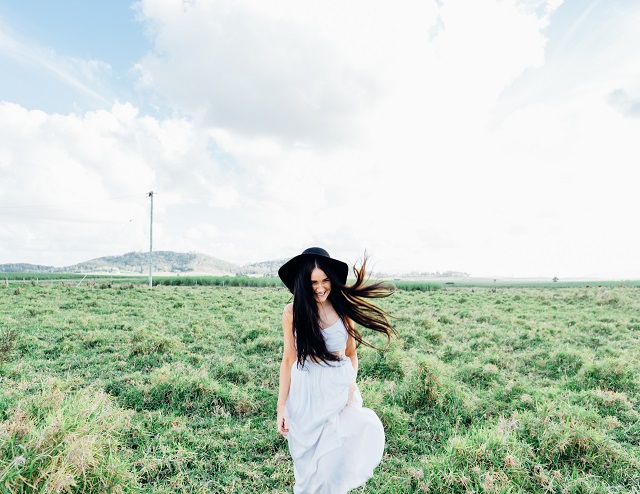 This story is about shamelessness.

Once upon a time there was a little girl (that would be me) who grew up without MTV, pop culture or having any idea of what was cool and what wasn’t. I liked fairies and Tolkien and I was intensely keen on cats. My parents were practically hermits, and we lived in a land without Cosmo or cable TV.

For the first 12 years of my life or so, I had never even considered being worried about my looks or weight—it had simply never crossed my mind as important, and as I entered high school, a lot of the usual teenage angst passed me by.

When I grew up, people would compliment me on my amaze-balls taste in cowboy boots, and I’d say: “Thanks! Aren’t they the best?”

When friends complimented me on my ninja eye-makeup skills, I’d flutter my eyes and reply: “Thanks! Don’t I just look gorgeous today!”

When my pals told me I had amazing legs, I’d say: “Thank you! I love my legs!”

However, I noticed that other people don’t handle compliments like I do. Not at all.

Their game is “Deflect and Downplay.” For example:

“This old thing? Oh no, I picked it up in a charity shop, it’s trash really.”

“Gosh, no, I haven’t washed my hair in two days—it looks like a birds nest!”

I was the anomaly—I was the weirdo—purely because I didn’t publicly detest the way I looked. I saw that we women were not supposed to be proud of how we looked. Self-hatred is the standard! Even women who are publicly recognised as great beauties are not supposed to be happy with how they look. After all, if they’re happy with how they look, that means they’re arrogant bitches—right?

“Oh, her—yeah she’s beautiful but she totally knows it.”

Even writing this article, I feel a little awkward—as if I am confessing something deeply shameful, and people are going to think I am an ass because of it…

I started freaking out—thinking that perhaps people might think I was hella-arrogant for accepting compliments and agreeing with people when they said nice things about me and my style.

I didn’t want people to think I was a jerk, so I tried toning down the self-lovin’ a bit. I tried the “Deflect and Downplay” thing, but it felt weird—not only was I telling the lovely people who wanted to tell me how beautiful I was that they were wrong, but it also just felt stupid because it just wasn’t true.

My cowboy boots are amaze-balls.

My eye makeup is the shiz.

My legs are fabulous.

As a strange side effect—I found the more I deflected compliments, the smaller I felt.

I became annoyed. Why shouldn’t I approve of the way I look? Why do I have to hate myself in order to fit in? Can no one else see how stupid that is?

Some secret part of me also felt like I was colluding in an evil patriarchal plot to keep women stripped of their personal power—creating our insecurity so they could make loads of money getting us to panic-buy douchy stuff like Spanx and Wonderbras—urgh.

So, I went back to doing things the way I always had—agreeing with people who said nice things about me, running around in shorts with hairy legs, being excited about how I have one curvy hip and one non curvy hip and telling my friends how much I love their noses.

I really didn’t think much of it—it’s just the way I work.

Then one day, a friend announced on Facebook that after a long struggle with body image issues, she finally saw that she was beautiful. Hell yeah!

I popped a message over to say: “Huzzah! You hot thing you—damn straight you are beautiful!“—and my friend told me that I had helped her see her own beauty through being so unapologetic about my own. That my total lack of false modesty and body hatred had given my beautiful friend permission to release those things in herself.

And good gosh, did I feel all warm and fuzzy and humbled inside—I wanted to hug my friend forever.

My “trapeze-performer friend” who didn’t shave her legs—unless it was for a performance—paved the way for me to give myself permission to do the same. (Who likes shaving? No one.)

The “business friend” who shamelessly embraced her mermaid-lovin’ nature in all her professional work.

The “shamelessly unladylike friend”  whose epic, musical burps helped me release the feeling that I have to be ladylike to be accepted.

The “hippy housewife” who showed me that wanting a quiet life filled with friends, pub lunches and laughter is equally as worthy and as wonderful as a life of fame and riches.

All these amazing people, who profoundly changed my life in a myriad of little everyday ways—usually unknowingly—did so by simply being exactly who they are.

Just by being themselves, these amazing people were helping me champion my own insecurities and win my everyday battles.

By being true to themselves, these amazing people are empowering others to do the same.

Perhaps your unashamed passion for Britney Spears will give another person permission to stop judging their own borderline obsession with Mariah Carey.

Maybe the way you “don’t take no sh*t” from crappy restaurant staff will inspire a friend of yours to stand up for herself against her unfair manager at work.

Perhaps your commitment to pursuing your own self-created business will give a friend the courage to quit their crappy job and go after a career they care about.

Something about you—something that is so normal to you, you don’t even recognise it—is making a big difference to someone around you.

Wherever you are and whatever you are doing—you are inspiring people and having an effect on the world right now, simply because of who you are.

The more you show up being your weird, unusual, vibrant self—the more lives you will change. 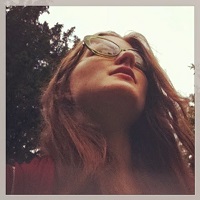