How my Inner Tough Girl found Her Feminine. 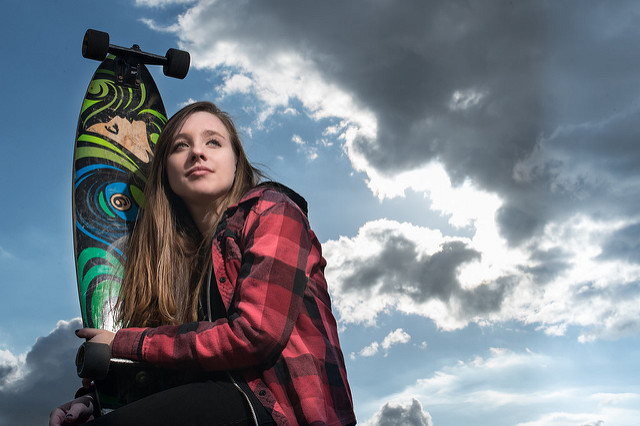 I didn’t own a blow dryer or an eye liner and I was more excited over a new personal record at the gym than any designer handbag.

It’s safe to say my masculine energy was dominant.

My lanky body in youth paralleled my masculine traits, but when puberty hit, I wasn’t ready for the changes that a feminine, curvy body would have on my identity. Although puberty was the initiation into womanhood, it has taken well into my twenties to become aware of the imbalance between my masculine and feminine energies. The unfolding of events and blatant, internal war awakened my repressed feminine within.

What was it that forced my femininity to retreat for so long? This question flooded to my consciousness when I took a moment of introspection. I looked around, as if for the first time and I noticed I was completely consumed by masculine energy. I declared myself a guy’s girl and had no need for female relationships.

I preached vans and football over heels and handbags, debauchery over drama, men before women. I was aggressive, I was strategic and I was strong. Qualities I still admire within myself, but they were lacking their counterpart.

I was lacking freedom. I consciously created a lifestyle where I had to show up as only half of the human I was and am. If I could maintain my demeanor then I would have some semblance of control over my environment and peers being predictable.

I felt safe, and I was willing to trade freedom of expression for this sense of protection. Unfortunately, I felt like a fraud. I felt unfulfilled and suppressed. The strength I displayed physically and externally became contradictory to the tenderness underneath.

It must have been the rage and projections I was vomiting on others that forced me to examine the declaration that I didn’t need women in my life. Or perhaps it was the discomfort I felt around groups of women. Or maybe it was the quest for motherly nourishment I never received and never thought I could create for myself.

Regardless of the origin, I discovered I completely lacked true intimacy with females.

And even more significantly, that my own feminine energy had been suffocated. In those rare moments of pause and reflection, coming mostly out of desperation, I heard a feminine whisper and longing. I didn’t believe much of what I heard, but I listened, and I am grateful for that first and small moment of surrender.

The surrender didn’t come easy or soon, but the feelings of jealousy, competition, comparison and of body shame left me in massive amounts of suffering. It disconnect me from womanhood.

I was constantly spinning my wheels, constantly disguising my softer side, and constantly angry with the woman in heels. Something had to change. The quieted goddess within had reached her threshold for complacency, and she began to step into all of her power.

Her power and intentions were disguised in the form of anxiety attacks, a compilation of repressed blocked energy that couldn’t find an outlet for expression. With the emergence of debilitating anxiety attacks, my initial reaction was to muster as much strength as I could to stop them from happening, to resist their messages and to deny my experience of feeling out of control.

The anxiety attacks wore me down and brought me into isolation. I couldn’t show the men I was around that I was weak and I was too afraid of sharing myself with women because they were much more emotionally available than myself; so it was just me to sit with the intensity of repressed emotions emerging.

It was in these silences that I paused to self reflect on the incongruence between my external surroundings and internal desires. I heard from within a language of love I had previously not been able to acknowledge, and in this moment the essence of my feminine came alive and into consciousness.

I was either going to hide behind men, or I was going to connect with women and emotions.

This tension of opposing forces exemplified my internal conflict, my cognitive dissonance, my imbalance of feminine and masculine energies. If I didn’t have the time in solitude my awareness to this conflict would have remained dormant. It was through this awareness that the connection between femininity and creativity blossomed.

My creativity began in solitude, in my journal and sketchbook, works of art that arose from my internal battles. The connection to my softness and openness transcended into dance and yoga, to communities where I could connect with other feminine spirits. It was here in these connections that authenticity became possible and my inner and outer reflections began to align.

Authenticity to me represented my capacity to hold male and female energies within and outside of myself. My all male attitude and friendships began to shift. And the women who once angered and intimidated me became inspirations and coffee dates. While I still rocked my vans, I also adopted heels and red lipstick for the moments I wanted to feel beautifully woman. I didn’t lose my masculine strength, I only added to my dynamism.

I can be a “tomboy” and I can also go get my nails done.

While this freedom was a phenomenal new experience, one that dissipated any extreme forms of anxiety, the even bigger blessing was I found like minded women who I felt completely seen and accepted by. It is these women that became my support system, my family, my tribe, my power house team of lovers and fighters. These are the women I share my deepest pains with and my most joyous bliss, where we brainstorm and encourage, analyze and create, where we expand our minds and fill our hearts full.

Introspection as to why these feelings established themselves is an incredible journey of self exploration. If women are those that we keep distant, it may be the opportunity to connect with our own womanliness.

By tuning in to our feminine intuition will lead us to those who can can be a container for our self growth, for our emotions that feel too big.

The community of a powerhouse group of females show us love until we can love ourselves more fully and they will also be the feminine representation externally that we are seeking within. 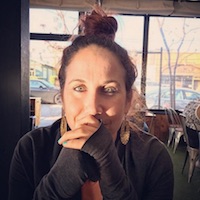