My Children will Kill Me if I Really, Really Want them to: Dying with Dignity. 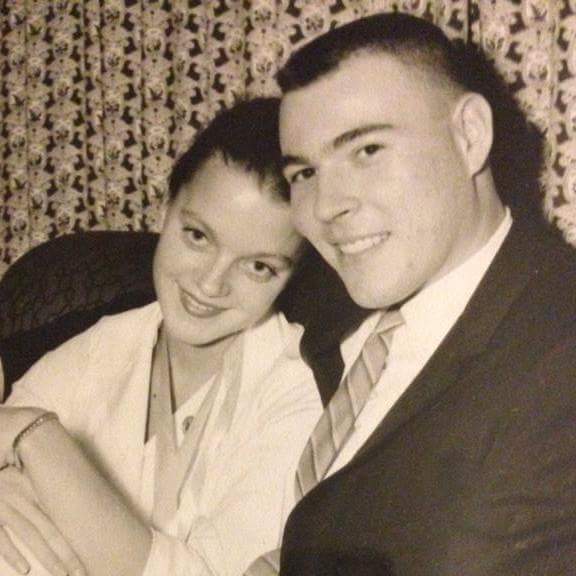 My lovely parents in 1958 after my mother’s graduation from Nursing School.

Spending the morning with your mother who has Advanced Alzheimer’s Disease and two children can get you down.

My mother of 45 years has no idea who I am, and I look at her, not knowing who this woman is either. I do, however, know that she would just die if she knew she was wearing polyester and her nails were painted bright pink; she never wore bright pink anything. She would rather die than to eat with her fingers and spill on herself, her shirt stained with breakfast food today. And her hair…oh Lord, her hair. She would just die.

While simultaneously trying to deal, process, and grieve the ongoing loss of my mother I am faced with the aftermath of my children’s feelings about all of this.

The kids are acting seriously naughty, as my friend says, and I know it’s because they hate it here. They are unrecognizable when we are at the nursing home. They stun me at their disobedience and aggression toward each other.

I know that they miss her, the old Grandma. My son is bothered by the resident who screams for help and follows us down the hallway to the sitting area. They both cling to my side and I can feel their little palms start to sweat as we hold hands. I believe my daughter is heartbroken because she and my mom used to be BFFs and now she barely pays attention to her.

I have to remind myself that they are working through this too in their own way and acting out. They are scared here and do not have the ability yet to verbalize their feelings accurately. Nonetheless, it is painful to watch.

Later in the evening we sit down to watch a show together and start to talk. We have all been a bit quiet and withdrawn since we came home, so it’s nice.

And then it turned amazing.

Out of the blue, my daughter tells me, “Mom, I would kill you if you really wanted to be killed.” She explains that she wouldn’t want me to suffer and if I “really, really” (not just really but really, really, she emphasized) wanted her to kill me, she would. (Awe, how sweet!) My son agreed without hesitation. (I’m feelin’ the love, now!)

I asked them if they had heard about assisted suicides? And they had not.

My siblings and I have talked about this as we try to process and plan for our futures in case we are diagnosed with a terminal illness such as Alzheimer’s Disease (as the main risk factors include genetics and family history, making it a strong possibility since my maternal grandmother and uncle both died from the disease).

As we watched my father battle lung cancer through the current medical model of chemotherapy and radiation, I wondered why he would choose to diminish his quality of life in such a way that made living worse than death.  The medications made him sick, fatigued, depressed and irritable. I would ask him as we sat in the oncologists waiting room, “Are you done yet, Dad?” and he would reply, “Not yet.”

Currently in the United States, Vermont, Oregon and Washington have Death with Dignity laws that allow their state residents this end-of-life care option. And just as recently as April 14, 2016, the New York Times reported that Canada’s Prime Minister, Justin Trudeau, introduced new legislation that would allow physician assisted suicides for Canadians. The article also notes that Belgium, the Netherlands, Switzerland and Germany also have enacted the assisted suicide laws.

These laws allow for competent, terminally ill adults to voluntarily request and receive prescription medications so they can die in a peaceful, humane manner. California will soon enact their Death with Dignity law in June 2016 and Montana has what is called Physician Assisted Dying which is legal only with a State Supreme Court ruling. Read more about this here.

I then asked my children if they thought Grandma would have wanted to live like this? They both, at the same time said “No!” My son then reminded us of the time we spent watching their grandfather die and said he did not want me to die in such a painful way.

Hmm. Interesting. Their little, but great, minds intrigue me.

I suspect, that since both of my parents were strong Roman Catholics, that they did not believe in ending one’s life for any reason, or maybe, perhaps they didn’t know that there were alternative options when preparing for their death. I don’t know the answer to this but I do know it is something that we should’ve talked about while we were discussing Power of Attorney and Wills. I should also note that Ohio does not have a Dying with Dignity law at this time, however, there is the option of Voluntary Stopping of Eating and Drinking which is explained so eloquently by Phyllis Shacter, here.

After my father died, all of my siblings went out to dinner with my parent’s dearest troop of friends to celebrate my father’s life. We told stories and laughed and cried. It was an amazing experience and all I could think was that my Dad would’ve loved to be there for that.

I, in no way, judge my parents’ choices and I will continue to advocate for my mother while she is a resident of the nursing home (I have nail polish remover and her favorite nude color of nail polish in my car just in case!) And, actually, I am thankful that their experiences have given me an opportunity to seriously examine my own end of life options.

I think of how brave Brittany Maynard was, a 29-year-old woman diagnosed with terminal brain cancer and given six months to live, and the strength of her character it took for her to choose to live and die with dignity. See Brittany’s video on YouTube.

I did not tell my children what it is that I would want if I am diagnosed with Alzheimer’s Disease or terminal cancer and I will not tell you here in this blog. It is too private and personal. And, quite frankly, I’m not ready for that. But, what I will tell you though, is that I am grateful that my children have open minds and loving hearts and would, in fact, kill me if I really, really wanted them to. 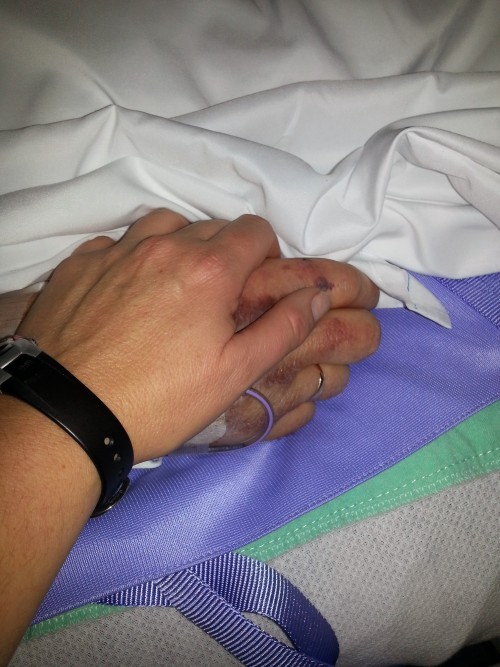 My father and I holding hands hours before he died, with great dignity and peace.

Die happily
and look forward to taking up a new and better form.
Like the sun,
only when you set in the West can you rise in the East. ~Rumi

In Praise of Hospice. 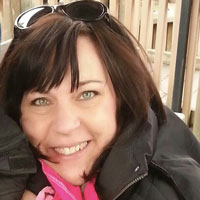