The Ex-Boyfriend Interviews: What we can Learn from the (Painful) Truth. 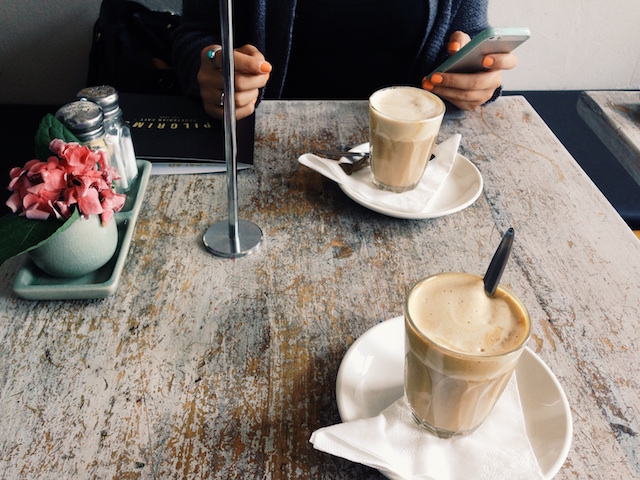 As a child, I would nibble the bread part right up to the crust (or until the peanut butter or jam ran out on the edge) and then set aside the crust, much to my parents’ annoyance. When I was forced to eat it, I’d tell myself when I grew up, I would never eat a crust of bread again.

And I didn’t for years.

I grew up. I bought myself the soft, mushy, delightful white Wonder Bread I’d never been allowed and I gleefully smothered it with peanut butter, and every bite stopped just short of the crust. It was great; really, it was so gay to be an adult and to be in charge of what I bought and consumed.

As I came across more things I didn’t care for, I would carefully carve those out of my life just like I carved the crusts off my sandwiches. People who didn’t treat me how I wanted to be treated, movie genres that made me queasy, restaurants, stores and places where I’d had an unpleasant experience, hobbies I’d been bored by….I carved and carved and carved, and found myself a woman of 26 with definite preferences.

Oh, I had many preferences, and I wasn’t afraid to share them. I had preferences the way some people have freckles. They were as much a part of me as my skin, I had them so deeply buried in my identity.

And then somebody asked me, “What do you want more than anything?”

And before my mind could engage, my body answered for me, “To be married. To find true love and to commit to it.”

During that phone call on a summer afternoon in 2013, I surprised myself by confronting a great longing I had avoided acknowledging my whole life.

There’s always beauty in honesty, but there’s something purely magical about being honest with oneself. It sets into motion all sorts of unseen and intangible movements, rumblings, dominoes in the world.

Once I admitted to myself that, like other mere mortals, I too wanted to find someone whose soul I could curl up in on cold days, and someone whose essence I could wear like a banner of pride, the next question became: Who do I have to be to attract the kind of man I want to marry?

I didn’t know the answer.

Was I blind to my flaws? Perhaps. I had a suspicion that I didn’t see all of them. I didn’t know everything I had done to contribute to the end of past relationships; I just knew they ended, sometimes calmly and sometimes in a maelstrom. Even if the simple answer was that I picked the wrong guys, I had to wonder, what about me attracted the wrong ones? And how could I attract the “right” one for me?

There was only one source who could possibly tell me what I did to be ineffective in romantic relationships: those who had been involved in them with me.

So I set about conducting The Ex-Boyfriend Interviews.

This is the scene: I sit down at the coffee shop table. I get to ask two questions, and then I am to sit, quietly, without making faces or defending myself in any way, and listen to my ex-boyfriend answer the following two questions about me:

How was I ineffective or hurtful during our relationship?

How did my behavior contribute to the demise of our relationship?

I want you to picture doing that with your exes. I hope you squirm a little bit. And then I hope you actually consider doing it. Because what those men gave me was the selfless gift of feedback. And what that gift became was the priceless value of my marriage.

Now, you may be thinking any of the following: Is this woman a glutton for punishment? She’s masochistic. Also, what does this have to do with eating the crust of bread? (I’ll get there!)

I wasn’t looking to get emotionally beat up, and actually, every man who talked to me was very fair and didn’t seem to take (too much) enjoyment from outlining my flaws. What I was looking for were trends, invisible, ineffective trails that I’d carved for myself and mindlessly followed in each relationship.

They were there. I heard repeatedly about my selfishness. I heard about my attitude of “my way or the highway.” I heard about how I created an environment of unease, such that they would mute their feelings out of fear that I would leave them. I had preferences alright, and they seemed to indicate that I preferred getting my way rather than getting in relationship.

Such painful, precious gifts, those words.

I realized that I had carved and carved and carved myself onto an island, and there was only room for one person on that island. Sure, I’d share the space with someone, but when night fell and it was time to cuddle close for warmth and safety and comfort, I made my bed for one.

That attitude wasn’t going to get me the true love, lasting commitment or marriage I craved.

So, I did what any person has the ability to do…I made choices. I chose what kind of marriage I wanted—one of trust, mutual respect, laughter, freedom, love, generosity, kindness; one that was so safe and secure that both of us could use it as a launching pad into unknown adventures and unfettered dreaming. Then I chose the behaviors I would need to leave behind and those I would carry forward which would allow me to create such a relationship.

I forced myself to reassess what I had carved away and why. I also looked at what unhelpful crust I still needed to shed to be a wife and partner.

I met my now husband less than a year after The Ex-Boyfriend Interviews. While I’m not perfect—as imperfection is a tenet of humanity—I consistently seek to measure my actions in my marriage in terms of what will get me in better relationship with my husband, not what will get me my way.

A few weeks ago, after a long day of yard work and chores, my husband thoughtfully made us lunch while I rinsed off in the shower. I came downstairs, and sitting on the table were two sandwiches. I eyed the crust on mine dubiously. Just as I was about to call out to my husband to bring a knife for me to cut off the crust, I remembered my commitment to our partnership and instead hollered, “Thank you!” into the kitchen.

Just as he was walking in with a brand new bread crust remover. 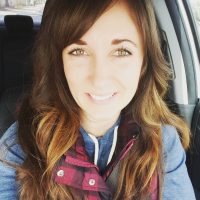