The Square Peg & the Round Hole: A Glimmer of Hope for those who Don’t Fit In. 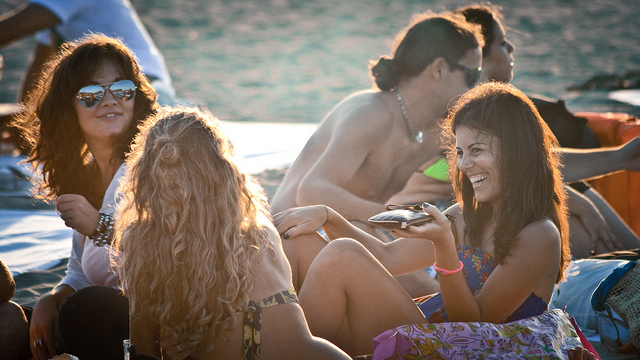 We’ve all seen the movies where an unpopular person fights their way into the popular crowd, changing everything about themselves along the way.

Hopefully, if it’s a decent movie, they finally discover that they’re not as happy as they thought they’d be in the popular crowd, or they become accepted for being who they really are.

The media surrounds us with similar scenarios, but why?

Well, because not “fitting in” sucks. This is why many people are willing to change who they are in an attempt to be part of a crowd they see as “necessary.” Society has led us to believe that the need to fit in is psychologically necessary.

It’s not. If the need to fit in was so deeply ingrained, apes would also demonstrate this need. They do not.

We need to belong, not fit in. Society should probably have its psychology degree taken away.

As for why society surrounds us with this belief, there are many reasons. The first and most important is that we don’t think for ourselves in groups. We usually sway to the majority opinion, whatever that may be. No questions are asked by members who are lower on the totem pole.

Instead of thinking for ourselves in groups, most of the time we experience “groupthink.” This is when members of the group do not think about alternatives. There is one goal and one goal only and the group will do everything in its power to get to this goal. Groupthink is real and can cause incredibly bad situations, like the Challenger accident and Nazi Germany.

If you thought you were losing your mind being unique, how about when you’re in a group? This is a little bit different than when everybody is working toward the same goal (like suffering through a group project). This is more like when everybody has to have certain clothes to be a part of the group (for example, “We wear Pink on Wednesdays”). People tend to get more anxious when attempting to fit in, so they will do anything, even if it makes them crazy, to do so perfectly.

In school, I would always get a little anxious because I did not look or act like all of the other girls. My hair and clothes were different, I was built differently, my facial structure was a bit different, and I didn’t bother playing dumb to get boys. Many people didn’t like this and eventually, I had to learn to accept that—even if it meant tears every night while I tried to figure myself out.

Instead of being that poor character in the movie trying to fit in, why not try to belong?

These two things may sound the same, but they’re not.

In fact, attempting to fit in is the biggest thing that truly keeps us from belonging because we have to change ourselves to fit in, but when we belong, we show up as we are, crazy hair, odd clothes, strange fears, and all.

I grew up in Utah. It’s not a bad state at all, though it can be a little tricky if you’re not of the Mormon (or Latter Day Saints) faith. My mom was raised LDS, but didn’t have much to do with the Mormon church while I was growing up. My dad on the other hand was raised Catholic.

Once all my friends had been baptized into the Mormon church at about eight, many of their parents would not allow me to have play dates with them because I wasn’t baptized and was the daughter of a Catholic (as if I was the child of the Devil…I don’t know), and had been blessed Catholic. So, more or less out of social pressure, I got baptized.

Unfortunately, I still didn’t “fit in.”

I went to church for at most a year before I decided I couldn’t cut it. I couldn’t handle the stares and the feeling of not fitting in to this community, even though, technically, I looked like everybody else there. I was even starting to get a little angry because many of the return missionaries would attempt to speak Spanish with me because of my name alone.

I hardly speak a word of Spanish.

Instead, I found a place where I “belonged.” I found my own style, interesting hair, tons of bling and all.

There are a few things we can do to keep hanging on when we’re trying to resist fitting in and trying instead to belong in our own way:

1. Birds of a feather flock together; find somebody who is just as odd as you.

I was lucky to find a friend in my church classes who was a bit of a black sheep himself (at the time, herself). I was so happy to find out years later that he had made the transition and even gotten engaged! The awesome thing was that we helped each other get through the drama of being so different from the other Mormon girls.

In college, I found one of my best friends and we’ve both helped each other get through the strange world of late-teens through early-20s. It was the coolest thing meeting her because there was finally somebody who got me for all that I am.

There is a way out and what you are feeling is completely valid. If somebody tells you that you’re being dramatic, you’re not. It’s human nature to need to belong to a group. Even if it seems like you’ll never find one, there is definitely a group out there waiting for you. If it takes 20 years to find that? That’s okay.

3. Though society tries to tell us to conform, don’t.

Sounds simple enough, right? However, when there’s so much pressure to be like everybody else, it can be anything but simple. It’s hard being the square block trying to fit into the round hole. You will get noticed and hopefully it’s for good. If it’s not, trust me, there is good on the way.

That first “trial” of my life has prepared me for being a woman in the Aerospace Engineering field (I swear we’re like unicorns here), a woman in the rugby world, and many other things. Because I dared to keep going and to believe in myself, I have stood out, and sometimes like a sore thumb, but that’s okay.

Standing out and not being the norm has gotten me recognition from my university and many employers, including the one of my dreams, where I’ve been working for three years.

There will always be pressure to conform and fit in. Some days are harder than others, but know that there is a light at the end of the proverbial tunnel. Places outside of where we are now call. It takes time to get there, but it will be worth it. 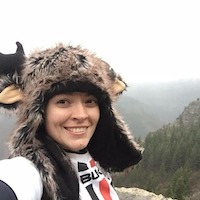