What a Non-Morning Person Learned from Mornings. 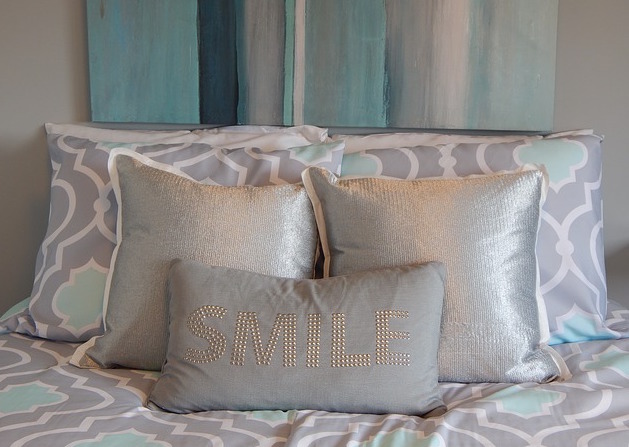 I don’t brag about my New Year’s resolutions. I think that will jinx them.

Not I, one of those people who make lists of 30 things and abandon them but that many days in: no. I’m an undercover, under-the-wire, one-new-habit-possibly at a time type of gal.

So I do choose the one to try out that most resonates with me on December 31st. A community of heartful souls helps. I was really inspired, this year, by the theme of one article: “How Making my Bed in the Morning Changed My Life.”

I actually think it had a bunch of different suggestions—but this is the one I chose.

As the embodiment of the “Lazy Leo” archetype, I’ve often thought that, at least as far as mornings go, I’m beyond hope. As in, well beyond. “Mornings just-aren’t-my-thing-thank-you: I’d rather be napping,” kind of deal.

When the phone rings, for instance, during a phase of what I can only presume is R.E.M., I’ve been known to engage in apparently fully-cogent conversations, going so far as to even make plans with people, only to forget every word about it afterwards except with significant prompting.

I’m also particularly good at annoying a few relatives who think it’s wise to try and wake me by conventional means. No, alarms don’t really do it on their own, and yelling at me is a surefire turn-off: I’m just as likely to make fervent notes on the dream I’m “in”, roll over, and slide back into the “dreamtime.”

In fact, mornings would not feel complete without dreaming, and giving myself the conditions to become aware of what’s going on in my unconscious mind, journal and pen close at hand. It’s called the practice of Dream Yoga, and while I’ve been doing this intuitively since I was a teen, it’s also a practice I was drawn to study formally.

At my current work, however, I need to get up early. This winter, it was two and a half hours before the sun.

I seriously felt like crying, yet I also accepted that this was the path I had chosen in order to realize—wait for it—the life of my dreams!

So on December 31st, I knew I needed a strategy, and one I could commit to. Nothing extravagant, nothing to break the metaphorical bank, so to speak. Just something achievable—a step in the right direction.

Making my bed seemed like a good move. It felt upbeat, “happy.” It had “good habit” written all over it.

The truth is, I’m kind of a slob—and I don’t mind admitting it. It’s well known that one’s space is a reflection of one’s mental state, and I’m a creative thinker. This type of person is notorious for the “messy desk” approach to manifestation, and so I feel the stigma around messiness just doesn’t apply; there’s usually a (darn good) reason behind it.

But it’s a treat when I can open up my home to friends and strangers, whip open the door of the bedroom—which doubles as the guest bedroom, since it’s the nicest one in the house—and confidently proclaim, “Voilà! You may stay in here.”

Making one’s bed in the morning also gives me a bit of cardio. Ok, granted, it’s not a full CrossFit workout—or even on par with Hatha Yoga—but it does get the blood pumping a little and—for those of you who grant themselves 20 minutes to do your thing between wake-time and show-time—this could just be the Zombie-to-Zumba routine you never-knew-you-craved.

(Yeah, we know how to juice the zest from short timelines!)

The other thing I’ve discovered I like about making my bed is that it’s a ritual. It engages my symbolic mind, however so subtly, into wondering what my day will be like—and who I’ll have become by the end of it. Because really, that’s who I’m doing this for, right?

What magnificent creature will curl up in this gorgeous horizontal home? Will she have lived beautiful adventures, embodied her best self? Is she a better person than when she started the day?

Because ultimately, that’s whom I’m choosing to devote this to: my Higher Self. It’s for Her choices, to respect Her in the ways She’s decided to grow—and in whatever ways She’s asked my support. I may not feel like it some days, but in sticking with “The Program,” I’m being a good ally to the part of me that’s curious and actively learning.

I’ve found a new-found joy in the morning when “poofing up” my featherbed and adjusting the pillows and blankets “just so.”

It’s actually a nice little lift to my mornings—and the best part, possibly—is a beautifully-made bed to flop down on later (the right reward for a Lazy Leo!)

Rocket science? You wouldn’t believe me anyway if I said “yes”. If you already do this—whether innately, due to sweet maternal coaxing, or via acculturation—then you most likely undervalue your own skill, and don’t appreciate the genuine power in this simple gesture.

Whereas if you’re not yet a bed-maker, it almost seems too easy, right?

Well, I’m Day 95 in and counting, and I can safely say my mornings have improved in the direction I hoped they would. They aren’t exactly a cakewalk—yet: Daylight “Saving” just kicked in, shaving off an hour of sunshine at the wrong end for my purposes. And for the record, I still get up with seconds to spare, struggling to make sense of my unconscious mind amidst a cacophony of raging alarms, and cha-cha out the door.

But I have noticed a marked improvement in terms of “smooth.” It all feels a little more manageable. I feel more awake, more aware, and there’s more of a flow, more balance to the day. Room for improvement, too, yet a little more “zoom”.

So there we have it: my newfound recipe for health, harmony and happiness in the New Year. Here’s to each of us living with intention and passion, and to consciously adopting the new habits that fulfill us—one achievable step at a time.

For those of us coming home to newly  tidy bedrooms, here’s to the freedom to enjoy a well-deserved nap:

Morning Rituals Set the Stage to Your Day.

9 Morning Habits that will change your life. 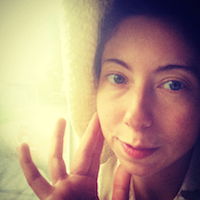