How to Enjoy a Retreat, from Someone who Doesn’t do Retreats. 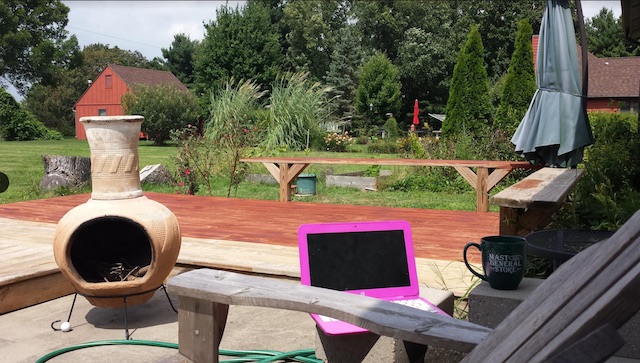 I am not a retreat kind of girl.

Ambulance sirens, cars honking, people blasting music too loud—I would have taken city noise and chaos over silence any day. If I didn’t hear those indications of city symbolism, something would be wrong.

To me, those noises represented life, which meant all was well in the world.

I blame it on growing up in Chicago, then living in Los Angeles, and then New York City after that. Noise, noise, noise. So it was all my subconscious knew. And I loved it. I worked in it, I slept in it—it was my life.

Sure, I’d gone on retreats before. I tried a couple weekend-long retreats with my church, as well as some all-day writing ones in picturesque Ojai, outside of L.A. Each had a common theme—silence, something I was certainly not used to. We’d do the usual retreat thing: sit in silence, no technology, pray, bond-with-others, repeat.

Though I loved the prayer, writing, contemplative and community aspects, when it came time to sign up for the retreats again, I couldn’t bring myself to do it. I said I would “someday,” but “someday” never seemed to come.

But maybe I hadn’t been ready to embrace the silence, because it hadn’t been the right timing?

About two months ago, my best friend died suddenly. She also happened to be my grandmother. And she died in an ambulance, en route to the hospital.

Just like that, the sirens no longer represented life to me, but death. And in Chicago, they were at every turn: waking me up, passing the café where I was working, passing another café where I was working after I’d left the first one due to the sirens, driving in front of me, trying to pass me on the road and go by, waking me up in the middle of the night, and so on. There was no escape. They haunted me, reminding me of her loss over and over and over again, echoing what I already knew: My best friend was dead. The ambulance sirens may still be blaring, but she was not.

Now the sirens made me cry, not smile. Now they made me want to leave the city, not stay in it. Now, they represented death, not life.

I decided there was an escape, about 200 miles south of Chicago, in Springfield, Illinois.

My best friend from high school lived there with her husband, and I happened to have an open invitation to visit.

I had not been there for years, and back then, the silence had scared me as usual, and I had even cut my trip short, telling myself it was “too quiet.” I hoped this time would be different.

As a writer who works for online magazines, I can work anywhere, so I hopped in my car and off I went.

If you’ve never been to Springfield, there are a lot of cornfields along the way. A lot. 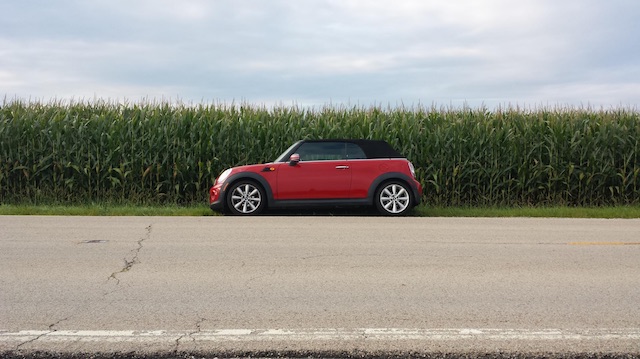 To me, it looked like being in a small town in the country—at least compared to the places I’ve lived—though it does have about 116,000 people. However, compared to Chicago’s 2.7 million, that was nothing. But with the expansive yards and the houses far apart (in Chicago, there’s about a foot between houses), Springfield seemed very un-city-like to me.

By day, my friend and her husband would be at work and leave me to work in their house. I looked around their living room.

What was that noise? Ah, silence.

I’d been used to writing in crowded Chicago cafés fighting for table space and outlets, trying to drown out the music with my own or just ignore it while I typed away. At my friend’s house in Springfield, I had a ton of outlets to choose from, as well as an expansive backyard all to myself. I had all that silence. And the best part? No ambulance sirens around.

In Chicago, I’d buy some dessert, like peach cobbler, at the café-of-the-day, usually with disappointing results, like realizing the peaches were canned. (Gasp!) In Springfield, my friend would make us some, fresh from her peach tree.

In Chicago, I had terrible bouts of insomnia for weeks at a time, especially ever since my grandmother’s death. In Springfield, I slept soundly all night through, without waking up even once.

In Chicago, we had garbage disposals. In Springfield, my friend had a compost heap. Need something to do with that apple peel? The compost heap was at your disposal (literally).

In Chicago, streetlights stayed lit all night long, producing blinding glares inside the house. In Springfield, starlit skies provided all the light we needed, which had a much more relaxing effect than the former.

Each day in Springfield, I’d go into the backyard, sit in homemade Adirondack chairs, and see hawks flying around instead of rats scurrying by; I’d read books instead of Facebook timelines; I’d watch lightning storms illuminate the sky like strobe lights instead of watching TV; and I’d cook dinner with my friend instead of going to the grocery store for a processed, pre-made meal.

In Springfield, the “noise” was different than Chicago’s, and this time it didn’t scare me. I actually relished it.

Overall, during my non-retreat retreat, I learned how to be more mindful, something we all need. I also learned how to be alone—truly alone. I realized that since my grandmother’s death, I had tried to surround myself with people 24/7 to avoid the loneliness and sadness within. In Springfield, however, I knew no one but my friend and her husband, and since they were away all day, I had no choice but to keep myself company, to keep myself entertained, to keep myself happy. I could not have done it without all the “noise” around me.

My one-week trip to Springfield showed me that we all need to detox from our lives sometimes, whether they’re city lives or not. We all need a change of scenery, not just physically, but for our soul’s sake.

Will these new city-detox tactics stick? It remains to be seen, but I sure hope so. Even if just one element of them sticks, like taking time to sit still and watch hawks (okay, probably pigeons if we’re talking about Chicago), it’s progress, right? Then I can practice another mindful thing after that, and another after that…

Though I still identify with being a “city person,” I now have a whole new appreciation for non-big-city life.

My only question is: When can I retreat from Chicago again? 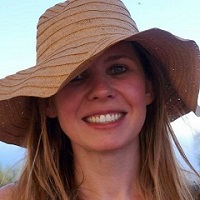