Is it Possible to be Both an Empath & a Narcissist? 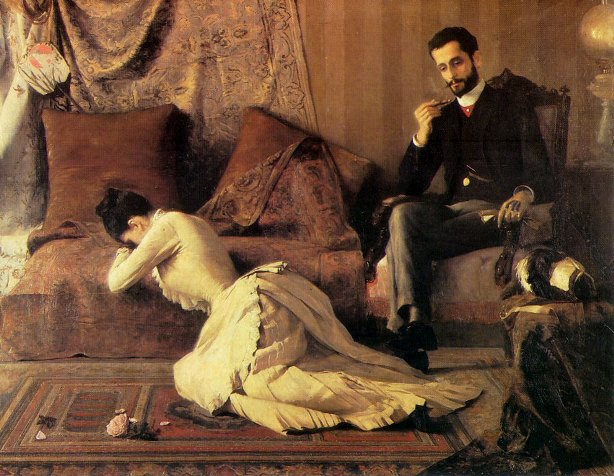 Empaths are highly sensitive people and can tune in to other people’s energy, including their emotions, feelings, motivations and beliefs.

They can read people extremely well and some empaths are so highly attentive, observant, and intuitive that they can even tap into other people’s thought processes.

But here’s the thing…

In fact, many narcissists are even better and more highly skilled at reading people than empaths are.

Does this make a narcissist an empath? The answer is no, most definitely not. There is far more to being an empath than just being able to read energy and understand other people on a deep and intimate level.

The main difference between an empath and a narcissist is their intentions. What is behind their reason for reading people and what do they then intend to do with the information once they obtain it.

It is highly important to remember that not everyone has the same motivations, needs and desires. Two people, particularly an empath and a narcissist, can do exactly the same thing, but both can be intending and hoping for significantly different outcomes.

Empaths read other people’s energy for selfless reasons, and mainly so that they can be compassionate and reach out to offer support, healing and understanding. When they attune to other people’s emotions, feelings and tendencies they gain a deeper connection and generally find it natural to show compassion and be empathetic. Empaths transmute negative energy that radiates from people’s emotional states and they do this by absorbing the heavy, low vibrational signals that people emanate and they replace them with light, loving, caring high vibrations that are healing, peaceful and harmonious.

Narcissists read other people’s energy purely for selfish reasons and it is mainly so that they can then control, manipulate, delude and overpower other people. When they profile people by reading their energy they gain a greater insight into how their mindset works and the state of their emotional and mental wellbeing. This gives them a huge advantage over any unsuspecting, vulnerable or naïve person they come into contact with because the narcissist appears to be interested in the other person—by displaying faux care mixed with a little charm—so that they can fool them into thinking they are a genuinely empathetic person. The trouble is they only show interest to people if they think it will benefit them in some way, whether emotionally, financially or materialistically.

Empaths extend care and attention externally toward others and narcissists care and tend internally and purely for themselves. The two quite literally exist at entirely different ends of the spectrum and although they may seem to have characteristics that appear similar, underneath the surface they are most definitely not the same.

It is often thought that empaths have paper-thin skin while a narcissist’s is thick and impenetrable, but this is entirely untrue. In many ways the two are similar and this is why it can become confusing for people. The reason for this is that empaths and narcissists are both highly sensitive and they can both become hurt and offended extremely quickly and easily.

When an empath feels hurt or overly emotional, they generally internalize their pain and question themselves about what they could have done wrong to result in their experience of pain or how they might have caused someone to treat them in a certain way.

When narcissists feel hurt they externalize their pain and project it onto other people. They export their unpleasant feelings outwardly and would never question what they may have done to offend or hurt other people. Empaths regularly consider how they can change their behaviors, whereas, narcissists would refuse at all costs to take any responsibility for their actions, which is why it is unlikely that they ever change their ways—although it is a possibility.

Empaths feel other people’s pain, absorb it and they internally suffer for it and this causes them to be caring and considerate and try to alleviate other people’s suffering while also reducing the simulated pain they feel themselves. This is also often why empaths are known as wanting to “fix” or “heal” people.

The biggest difference between empaths and narcissists is the ego.

Empaths do not focus their attention on satisfying or building up their ego. They generally have little interest, care or awareness of what other people think of them and if they want or need something they will work hard to provide for themselves without intentionally hurting others in the process.

Narcissists are concerned with their ego and will use people and step on them to get what they want. They go to great lengths to protect their ego’s desires and if any one criticizes or rejects them or attempts anything that could hurt their ego they become extremely defensive and will tear the other person down and try to weaken them before they even get close.

When an ego is inflated and at its worst it will push people to be overly obsessed with their physical appearance, financial status, personal possessions and generally how they are perceived by others. When the ego is balanced, these things are still important to many people but not at the same high level. What causes someone to be narcissistic is the way they use, control and manipulate people to cause illusions so that they are able to gain and maintain superficial things. They will go to great lengths to preserve their lifestyle without caring if they hurt or destructively affect other people in any way to get their egotistical needs met.

Although empaths and narcissists are on opposing ends of the spectrum and it is not possible to be both at the same time, it is possible for empaths to behave in ways that could be viewed as narcissistic, particularly if they feel emotionally hurt. They can still be aggressive, unkind, selfish, and treat people in ways that are not acceptable, however, they are aware of the affects of their actions and clearly see and take responsibility for how they behave and will interrogate themselves to find the root cause of it and try to change.

At the same time they will also feel guilty for how they may have affected the other person, so their suffering is internally compounded. Empaths also do not express negative behaviors with the intention of gaining anything, in any way, from other people. Narcissists will not suffer either for themselves or others and will do whatever it takes to make other people carry those emotions.

Everyone is capable of expressing themselves in ways that are negative and that can be detrimental to others, but the significant difference is that a narcissist’s intention is to feed off other people to satisfy their ego self, whereas other people express their negative, low vibrational tendencies without the intention of benefiting financially, materialistically or for superficial personal reasons and they will recognize how they act and take accountability.