2 Steps to finding Joy in the Seriousness of Adulting. 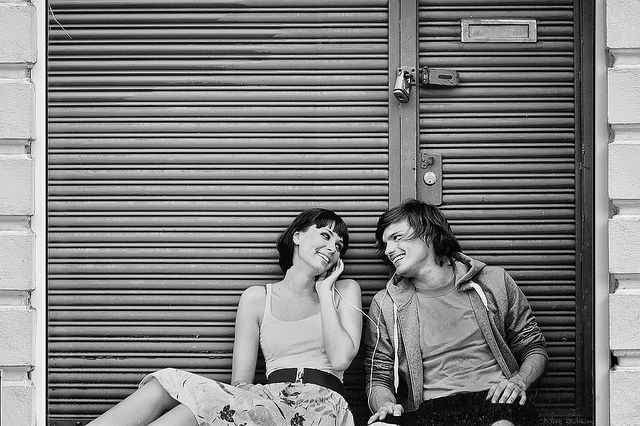 “One of the symptoms of approaching a nervous breakdown is the belief that one’s work is terribly important and that to take a holiday would bring all kinds of disaster. If I were a medical man, I should prescribe a holiday to any patient who considered his work important.” ~ Bertrand Russell, The Conquest of Happiness
~

Though Russell stated this in 1971, I believe it is just as applicable in today’s world—which is more stressed than ever before. I recently read that the average child in school is more anxious than the average middle-aged person in the 1950s!

I identify as an anxious person who always feels strained by the daily responsibilities of “adulting.” That is why Russell’s statement hit home for me. It points to the notion that we are taking ourselves/our lives too seriously, which is directly related to our overly stressed out world.

The element of play in our lives is being forgotten and we’re seeing the side effects of this on our mental and physical well-being.

I believe that our education system is just one example of how the element of play is being forgotten—limiting the amount of playtime and increasing competition has our kids are growing up at a much faster rate than before.

I’ve observed this change in myself. When younger, I was more malleable, more easily influenced. I was a little naive even and this had a positive side effect: the ability to be flexible. Through the joy of play came the willingness to push past my perceived limitations which (unknowingly at the the time) helped me expand beyond my comfort zone and grow .

However, over time this changed. As I grew more into myself and became more independent in thought and identity, I became less malleable or influenceable—more solid in my ways. My boundaries became clearer, a little more rigid even.

This tends to happen as we get older. And this happening is not all evil. It happens for a reason. In life’s array of experiences there is hurt and disappointment and these experiences teach us to be stronger people. However we need to differentiate between the strengthening in ourselves and the hardening of our emotions.

We tend to think the two are mutually exclusive. We equate adulthood and maturity with seriousness, either consciously or sub-consciously. The truth is that we can maintain responsibility in our lives without having to grip on to seriousness at all times.

This is what my practice has been. To learn how to balance responsibility and play in my life. Because responsibility and seriousness all the time equals a lot of stress and not much joy. At the same time, all play and no work leads to a disillusioned sense of joy that disappears when all the sparkles and action around us dies down.

This past year I enrolled in Elephant Journal’s Academy program. It was a great example of how one can use play to get through the work.

The work ethic modeled to me the sense that play doesn’t have to be separate from the seriousness of work. Granted, doing what you love plays a significant role in finding joy in the work, but that alone will not erase the fact that there will still be difficult moments and struggles that arise. This is when letting our “serious” guard down and tapping into a sense of play is important. It serves as the exhale to the pressure that can arise from the challenges.

How did Elephant Journal’s apprenticeship teach me to find the play in the work?

1. Allowing myself to make mistakes.

When I do this I’m able to fully let go into the experience of what I’m doing rather than hold back out of fear of doing or saying something wrong. We’re human and it’s inevitable that we will make mistakes no matter how hard we try not to, but the beauty is that we can use these mistakes as an opportunity to learn.

We were given a topic to write about, in one of the exercises in our weekly meetings, to write something on the spot in one minute. I froze up, then wrote and erased, wrote and re-earased. By the end of the minute I only had two sentences. This exercise brought out all the judgment and questioning that I always get when I sit down to write—except this time it was so clear to see it because I couldn’t create an excuse behind that voice. I couldn’t use daily responsibilities as an excuse for not writing; it was so clear that the only thing that stopped me was my own questioning—it was all in my head.

I learned how to move through that judgmental voice after doing this exercise weekly, because I realized it’s better do something wrong and learn from it than not do it at all. (I’m actually working through that voice as I write this now). This leads me to point 2.

2. Don’t push away the scared voice, rather, listen to it with compassion.

You know that voice I mentioned earlier, that judgmental voice? I used to hate that voice (and I don’t use that word lightly). You could imagine that didn’t make for a healthy internal dialogue.

When it came time to write and publish our own articles on Elephant Journal, that voice came in telling me I was incapable of doing so. I would retaliate with anger and try to stifle that voice. However I came to realize that by doing so I was “fighting fire with fire,” and my reacting with anger was really the same voice but wearing a different mask.

Over time I learned to combat that voice with compassion. This judgmental voice was really just fear in disguise. The opposite of fear is courage. Courage (from the word coer, meaning heart) is moving with heart, from a space of love. With this practice I experienced what was meant by love being stronger than fear. Allowing this scared angry and judgmental voice a space to be heard and acknowledged (rather than trying to suppress it) actually lessened the power it had over me and the actions I took.

I love referring to this quote to attest to the power of love. It speaks of love to be even more powerful than will. 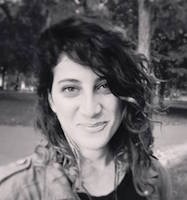