Five Revelations I had about Life when I Stopped Avoiding Pain. 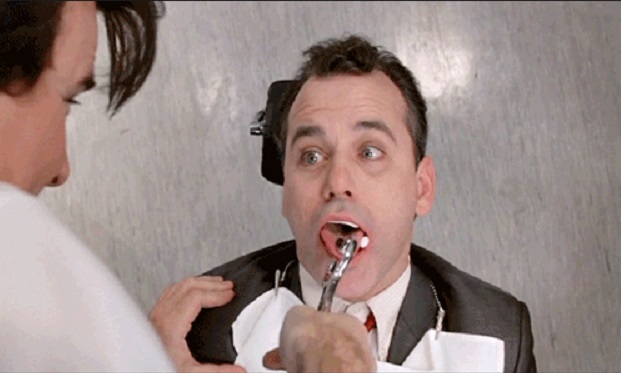 I had a root canal today.

Last week, I was eating popcorn when I felt a tooth crumble amid the bites I was chewing. It didn’t hurt, but when I ran my tongue along that top row toward the back, I definitely felt the jagged edge of the other half of my tooth.

I have a low tolerance for this kind of pain and was about to have a freak-out moment, when I realized that it didn’t hurt. I went to bed hoping that I wouldn’t wake up in excruciating pain. Since I’m back in Alaska for the moment, I don’t have a dentist here…actually, I don’t have a dentist anywhere. I hate going to the dentist.

The last time I went was about four years ago, when that very same tooth was killing me. I don’t remember what they said at the time, but whatever it was was something I didn’t want to hear—or do—so I didn’t go back, and eventually the pain went away. Fast forward to now, where I’m forced to find a dentist to get this broken tooth fixed.

I was referred to a good dentist in the area who was able to get me in the next morning. I wanted to just get it over with, but no matter how much I hoped this would be a quick and easy fix, I knew it wouldn’t be.

They started with a routine cleaning that took quite a while because I hadn’t had one in about…well, four years. I know it sounds bad, but since I brush twice a day, don’t eat a ton of sweets and nothing hurt, I just didn’t go. And the cleaning was awful. I mean, the staff was amazing, but I was not. The scraping sound of the metal instrument on my teeth worked my already frazzled nerves like nails on a chalk board. I was super tense and started gripping the arms of the chair so tightly, my hands were sore.

I winced at every little move the dental hygienist made, petrified that she would hit a nerve or do something to set my broken tooth off into excruciating pain. It never happened, thank God, but at one point she stopped and said, “Are you gonna be able to do this?”

I said, “Yeahhh…I’m okay…but can I see my purse please?” I sat up and started digging through my bag for something to hold, something comforting. I was hoping I had a little container of Play-Doh from one of the therapy groups I teach, but I didn’t. When I explained what I was looking for, she kindly offered me a stuffed animal to hold instead of clenching the arms of the chair. I could choose between a stuffed dinosaur and a stuffed monkey—I chose the monkey.

After the x-rays and cleaning were done, the dentist came in and saw me hugging the stuffed monkey close to my chest, like a shield against the pain I was hoping not to feel. He explained that I would most likely need a root canal and cap on the tooth, which would be a two to three-appointment process. He said we could move through it quickly if I was willing to return. I said I was—which brings us to today.

I showed up for my first root canal appointment, and this time, I was much less tense and much more determined to handle my business like a big girl and get it done. While I laid back in the chair staring at the ceiling, trying to use the paced breathing techniques I teach during distress tolerance sessions, I had the following revelations:

Ignoring bad things doesn’t make them disappear—it makes them worse. I mean, this is common sense I know, but it still happens, like with my freaking tooth. I always avoided flossing around that tooth because even though it didn’t hurt, I just felt like it was unstable, so I never wanted to play around back there too much. How many things do we tip-toe around in life because we’re afraid to face them head on?

Dead things stink. During the root canal procedure (and after being very well numbed), the dentist started clearing out the decay in the tooth. I could tell when he got there, because it had a distinct odor. I thought, “My God, that was in my mouth all this time?” I didn’t see it, but I smelled it, and it wasn’t good. The same thing happens when we let unresolved issues linger inside of us—they decay. We might know something isn’t all the way right, but don’t realize how bad it has gotten.

Anger, bitterness, hatred and a lack of forgiveness all stink. Pride, resentment and a host of other issues smell just as bad. The only difference is that we can’t smell it through our nose, we smell it through our funky attitude and actions when we’re faced with certain situations. If it’s not bothered, it’s contained. But as soon as it’s disturbed, it’s right out there where we, and others, can smell it. These issues have to be identified, cleaned out, sometimes drilled out, in order to get rid of them. If not, they only spread and cause more death.

Grounding techniques really do work. Even though I couldn’t feel the pain, my anxiety level was moderate to high. The most at peace I felt was when I was mindfully practicing a grounding technique like counting things on the ceiling, reciting comforting scriptures, or thinking of a happy place, until it was done.

Fear is deceptive. It tricks us into believing the worst possible scenario, often with little to no facts to support it. In my mind, showing up for a root canal was tantamount to showing up for torture, but in reality it was nothing like that. Unpleasant? Sure. Torture? Definitely not. Each time we face and overcome a fear, it reinforces the truth—we are capable of doing hard things, and most things don’t end up being as bad as we thought anyway. Looking back, it’s almost laughable that I put this off for so long for fear of something that never actually happened!

One victory makes way for another—no matter how big or small. It’s about clearing out the “I’m avoiding that for as long as humanly possible” file, one task at a time. After the dentist, I made other appointments, ordered new glasses and jumped on a work project I’d been putting off. I can apply the same resolve it took to do this one thing to other areas of my life, and that just feels good.

To be perfectly clear, I have not become a fan of the dentist office. I still won’t be looking forward to future appointments, but I can say that I’m not avoiding going out of fear anymore, and that is major progress.

What have you been avoiding because you think it will hurt too much to address it? How can you begin today to get it done? 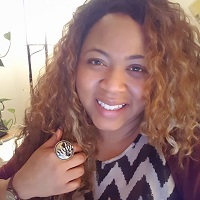