How to End a Friendship the Right Way. 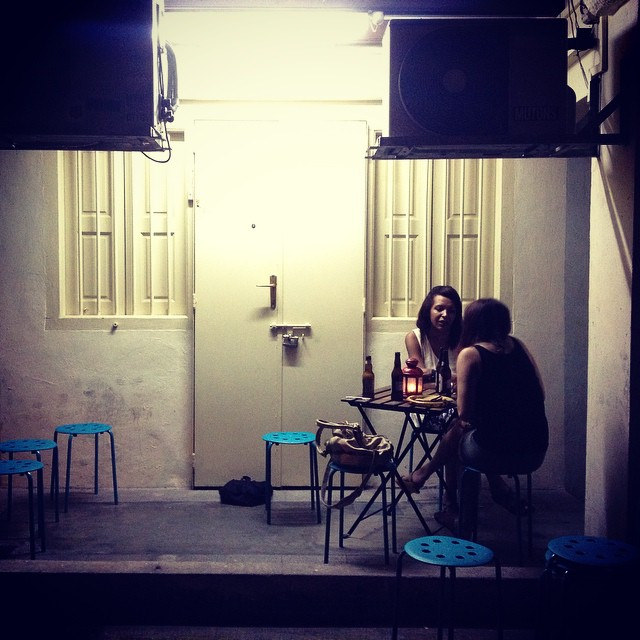 Recently, a group of friends and I were talking about people in our lives who we had fallen out of sorts with.

My one friend shared how she was tired of, in some friendships, always being the one who had to reach out to make plans and stay connected, and that she didn’t get much from those people’s friendships anymore.

Another friend asked me if I thought it was okay to end a friendship with someone who’d made a snide comment about her to a mutual friend, and had also been acting rude and standoffish with her recently.

My answer to all of this is a resounding yes.

Yes, we have the right to end friendships with people when they are no longer adding value to our lives.

Whether a friendship has become one-sided, the person has become an energy-sucking vampire, or the two of you have just grown apart because your lives have drifted in different directions, when a relationship is no longer serving our highest good, it’s perfectly okay to end it.

But, there is a right way and a wrong way to do this.

The wrong way is what I see happen most often. People just disappear and stop talking to us. One day, we may have gone out to dinner together and had what we thought was a great time, and the next minute that person is no longer returning our calls, texts, or emails. There’s no explanation whatsoever, they’ve just dismissed us as if we were never friends at all.

This is never okay.

We owe every friend the decency of letting them know why we don’t want to continue the friendship anymore, no matter how uncomfortable or difficult it is.

When we deny another person this, we don’t give them an opportunity to witness the truth, to understand what has been bothering us, or what behavior they’ve exhibited during the friendship that’s gotten us to this point. And we don’t offer a chance for them to defend their actions, or at least express their own feelings about what’s happening. We also deny them the opportunity to learn and grow from our feedback.

And sometimes, it’s us who are behaving in ways that need to be called out, so that we don’t continue the pattern of doing it to other people.

Unless we tell someone what they’ve done and how they’ve hurt us, they won’t know how to change their behavior in the future so that they don’t lose other friends.

This is the kindest and most honorable way to end a friendship:

1. Don’t sever ties with a friend when angry.

All of us, at one time or another, have considered ending a friendship with someone when we’re pissed off. But when our emotions are high and we’re not thinking clearly, that is not the time to make major decision about our relationships.

Cool down and give it some real thought before having the conversation. Talk about it with someone else you trust. An objective person will let you know if you’re being unreasonable or if your decision to cut off your relationship is justified. Just don’t do anything until you can have the conversation from a clear and level-headed place.

2. Choose the right time to talk.

Don’t have this important conversation when you know there are limitations on the time you have together. Make sure you pick a time when you don’t have anything scheduled right afterward, so if the conversation gets emotional or heated, you each have time and space to center yourself and process what just happened. After all, you’re about to drop a bomb on someone who isn’t expecting it, so be considerate when you do it. Make sure they aren’t on their way to work, to pick up their kids, or heading to an important social event. Ask them when would be a good time to have a serious conversation before scheduling it.

It’s tempting to launch right into a blanket statement of, “You always make me feel like _________” or, “I’m sick and tired of you never being there for me.”

The words always and never are rarely true. Instead, be specific. Give them examples of when they made you feel a certain way and how it affected you. Maybe it’s, “For the past several months, you’ve been dumping all your problems on me and never ask how I’m doing. It makes me feel like you don’t care about me and I’ve started to feel that the friendship has become one-sided.”

If we don’t take the time to tell people specifically what behavior or actions have hurt us, they’re left with having to guess or make assumptions. And we all know there’s nothing worse than playing guessing games and spending a lifetime wondering what the real truth is.

4. Acknowledge the person for what you received from their friendship.

This may be tough to fit into what can turn into a heated and ugly conversation, but if at all possible, take the time to acknowledge the person for what they got right. It can be as simple as, “I know this is all really hard to take in, but I do want you to know that I will always be grateful for the times you were there for me and the great memories we made together.”

It’s incredibly sad when we just cut off a person who might have been a fantastic friend for years without a word about all they did give to us. It can leave someone feeling like they meant nothing at all, when maybe they tried their best to be a good friend, even if they faltered toward the end.

I’ve found the best way to end any friendship is to always leave the door open to the possibility that the two of you may decide to one day be friends again.

Sometimes what we really need is space from another person. Whether it’s that we’ve grown apart, been at each other’s throats because of a specific incident, or are just going through our own personal stuff and can no longer deal with an “energy sucker” friend, we don’t know how we’re going to feel down the road. End the conversation with, “For right now I feel it’s best if we part ways but maybe down the line we’ll reconnect again.”

You’d be surprised how often you’ll find yourself wanting to reach out to that very person years down the road. You might go through something that leads you to become more compassionate and understanding about where that other person may have been when you ended the friendship. Sometimes, we have more perspective with time and are able to come to a place of forgiveness and a desire to want to reconnect.

So, if you feel it’s necessary to break up with a friend, do what feels right.

But give the person you’re breaking up with the decency of closure.

We would have a conversation before breaking up with someone we’re in a romantic relationship with, and our friends—who have sometimes been a part of our lives longer than any romance—deserve the same.