I hope that all Men will Stop, Look within, and Ask themselves these Honest Questions. 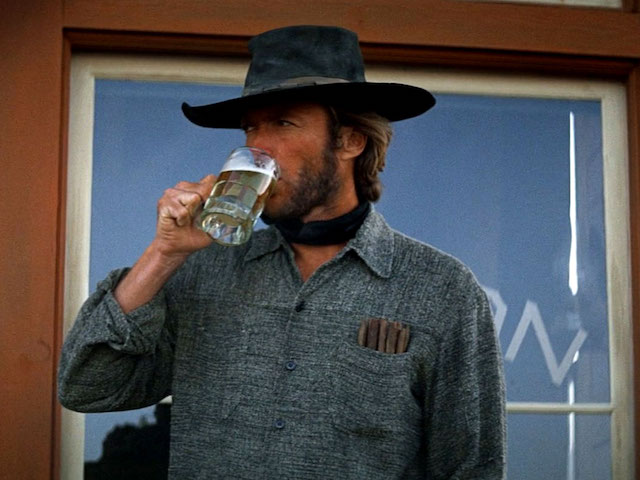 Sadly, it is of little surprise why our culture of men is desensitized to abusing women, when heroic male role models like Clint Eastwood commit rape in films like “High Plains Drifter.”

In the first eight minutes of the film, Eastwood bumps into a woman who is portrayed as a gross stereotype and insults his manhood. Eastwood responds by giving the woman “a lesson in manners” by raping her in a barn. When the same woman confronts him later, she is portrayed as a crazy person, and the men of the town force her to leave the hero Eastwood alone, because he is too important.

When I was a boy, my father and I would lie in bed on Saturday mornings and watch classic Westerns together. It was our ritual. He grew up with these films and knew them all, and I was exposed to the violence and sexual violence from a very young age.

This behavior was normalized, and I am confident it had an effect on my own sensitivity. It must have. Rape was portrayed as entertainment, and most adult males in my young life acted like apes, much like the characters in “Mad Men.” I have never molested or physically hurt a woman, but I have caused emotional harm through carelessness and insensitivity.

I have been directed throughout my life by the male culture around me, my male family members, and by the media to be a “man” and “man up.” As a boy and young man, being called a “fag,” a “pussy,” or a “girl” were the most derogatory, emasculating words another person could say.

It is also no wonder that I grew up homophobic and terrified of being considered gay or soft. These terms only reinforced distancing myself from being gentle and from being “weak like a woman.” I frequently hear the term “man-hater,” which men proclaim to paint an ugly picture of women who have been hurt by men, as a deflection and denial of the pain and resentment that women carry in their minds, hearts, and bodies. These gender-biased catch phrases only proliferate and widen the gender gap, and I feel shame that I too have participated in this kind of dialogue.

In my experience, it has never been acceptable or safe in our culture to show any feminine traits and be outwardly loving—especially in relation to other men. I have always been sensitive and loved women as close friends and as my primary partner in relationships, so the social construct of man versus woman has provoked a strong internal conflict in me that I continue to consciously sort out at 45 years old.

I believe that a great majority of men, including me, do not intend to inflict harm on women. Blindly, I think, we become the result of our life circumstances and gender disposition, but we must choose to be aware of our innate power, use it for good, and take full responsibility for our behavior. It starts with believing that gender bias is not the path to an open heart or to peace, and behave appropriately.

Later in life, I grew up with shows like “Married With Children,” where the mother was portrayed as a floozy, and the father was a bumbling idiot. I can think of so many sitcoms over the years which the husband is portrayed as a complete fool, and the wife is the smart one who knows best. This is another social reinforcement of gender and relationship inequality that is very influential to young people.

An example of my own naiveté: when I was in my teens, I learned that shows like “Laverne and Shirley” and “Happy Days” were not actually shot in the 60s era that they portrayed. I grew up thinking these were old shows, because I had no parental guidance to educate me, and I was easily influenced by the programs I watched. I believed what I saw, because I had no life experience to think otherwise.

Even in childhood cartoons, I learned that if a caveman wanted a cavewoman he would simply bonk her on the head with a club and drag her into his cave. This was not explicit, but his actions clearly suggested that he could take what he wanted. I am not promoting censorship of media, but there are some things that children and young adults should not be exposed to, because they are not yet equipped with developed tools of discernment. These tools are cultivated through life experience and education.

I believe that much of the negative influence and confusing messages I absorbed throughout my childhood could have been avoided by positive, aware parenting—loving people who were paying attention and who were conscious of the influence that media and male culture had on me.

I chose not to have children at an early age because of the severe emotional trauma I experienced. I did not want to see a child experience deep hurt like I did, and I was unaware that I could do it differently. If I did have children, I would use strong caution to protect them when they are young, and let them make their own choices when they were old enough to discern right from wrong, and truth from fiction. I would also teach them these values and how to apply mature judgment.

Unfortunately, I was forced to figure out these concepts on my own as a young adult. It will likely require my lifetime to undo the childhood formed constructs of my world, relationships, gender bias, and emotional damage. It requires diligent conscious thought, which has its own challenges, because some social responses that may provoke an emotional response in others might not provoke the same response in me due to my childhood desensitizing and conditioning.

I have had to learn how to respond appropriately to some circumstances that might come naturally to others, because a given event does not trigger a strong emotional response in me. We can be confident that many, many other boys and young men have faced, and continue to face, these same social challenges and responses.

When sexual, violent behavior is featured as entertainment and any man is allowed to run rampant, especially when the man is a hero or powerful, we get the Weinstein-Spacey effect. Ironically, we can also thank modern media for open access and immediate awareness that will hopefully put an end to sexual bullies and deviants concealing their disturbing behaviors. Even more ironic is this anti-harassment wave has risen soon after the death of Hugh Hefner, the godfather of sexualized women in Playboy.

This rapid cultural shift is incredibly important, and it is due time that women, children, and men who have been victimized make their voices heard and put an end to the silence. We are also witnessing the abusers getting their comeuppance and experiencing immediate social shame and punishment. May it be a stern warning to others.

This swing of the pendulum has also caused me to be deeply reflective upon my own behavior and how I operate in the world. I hope that all men will stop, look within, and ask themselves these honest questions:

>> Am I an honorable man, protecting and defending women, children, and anyone who is victimized, harassed, or bullied?

>> Am I contributing to the problem directly or indirectly?

>> Is my attitude and communication consistent with my behavior?

>> Is my behavior consistent when I am alone, in the presence of women, or with other men? 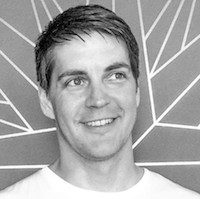