Yoga Snobbery: To Sanskrit or Not to Sanskrit? 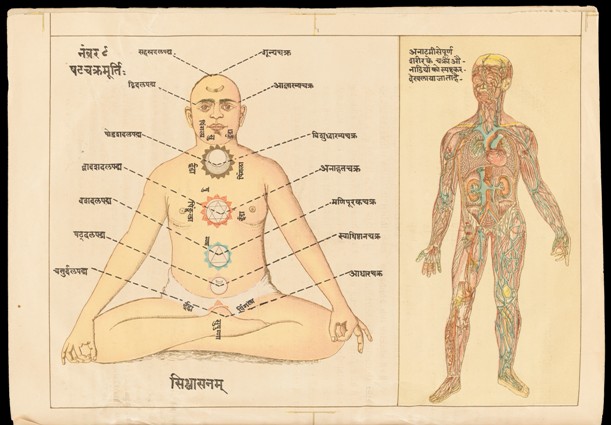 “When you plant a seed of love, it is you that blossoms.” ~ Ma Jaya Sati Bhagavati

When I first visited the Sivananda Ashram Bahamas several years ago, I noticed something subtle that had a profound impact on my yoga practice and the way that I view Western yoga.

It was the simple recitation of “Om” during Satsang and yoga classes.

For those who may be not be familiar with the mantra, “Om” is often recited at the beginning of a yoga class and has deep spiritual meaning in both Buddhism and Hinduism. I have sat in yoga classes in Columbia where the mantra was recited, and I’ve often wondered if people actually knew the reason behind the recitation. While most endeavors in the West are competitive, I’ve noticed that even “Oming” has its element of competition here. Who can “Om” the longest? Whose “Oming” is the loudest, the most powerfully and beautifully performed? Yes, the West has turned “Oming” into a performance.

At the Ashram, when the Swamis (or teachers) utilized the mantra, it wasn’t a performance or a competition. It was an act of yoga, part of the practice and the lifestyle. They weren’t concerned with how eloquent they sounded. In fact, by Western standards, their “Oming” would be considered quite poorly executed, with cracking voices and uneven tone.

After multiple visits to the Ashram over the last five years, I quit the practice of this mantra unless I was alone or in a spiritual environment where I felt there was meaning to its incorporation. I didn’t want to be a robot just reciting “Om” because it was the cool yoga thing to do. I quit saying “Namaste” at the end of every class too, and for the first time this semester, I stopped emphasizing the Sanskrit names of postures in my college yoga classes.

As I grow in my yoga practice, I’ve struggled the last year over my place as a teacher and in my own personal practice. I’ve harshly judged myself based on how others might see me. I’ve read many a blog or article criticizing Western yoga teachers for trying to hijack yoga. Yoga originated in the East and here we are in in the West trying to make it our own, using the dead language of Sanskrit to show off what we know or trying to be someone we aren’t.

I didn’t want to be one of those teachers, falling into the lifestyle because it was a fad or a trend. I didn’t want to be the person people write about on these blogs. We’ve all been in yoga classes where the instructor is calling the postures in Sanskrit and half of the participants are lost. The truth is that the use of Sanskrit terms can scare potential students away.

But something happened this week to make me view things differently and to begin incorporating it back into my teaching.

One of the men in my prison classes told me that they wanted me to teach them the “Transcript” names of the postures (I kindly corrected him).

In prison, these men have no one to impress, and learning Sanskrit is not part of any prison rule book or convict code. My yoga students there aren’t going to gain any influence or become shot callers because they can call a sun salutation in Sanskrit.

At that point, I realized that there are two ways that I can look at the significance of Sanskrit in my teaching practice: I can teach it because it is trendy and part of the yoga image, or I can offer it as a true expansion of yogic knowledge. As a teacher, it is just my job to impart information and allow the student to use it as he or she wishes. For these inmates, their desire to learn the Sanskrit names shows their hunger for more knowledge, and that is what true yoga is about. It’s about growth and self-inquiry and wanting to expand our consciousness, learning more about who we are and what our Svadharma is.

It’s not about holding back—it’s about truth.

When we start judging and stop sharing our knowledge based on judgment, we are potentially harming others. When we criticize another’s hunger for knowledge or question why they do what they do, what does that say about us? If we have the information, but we hold back sharing it because of the way we are afraid others will see us, then we may not be living our yoga practice at all.

Quite honestly, yoga has no room for snobbery.

We should all just teach the best way we know how, leave the judgment behind, and focus on ourselves and our students.

Yesterday, for the first time in a long time, I called almost the entire yoga practice in Sanskrit to the men in my class at Lee Correctional Institution. I don’t know all the Sanskrit names of the postures, but I know most. When I couldn’t call one, I would tell the men I didn’t know and emphasize that yoga is a continued learning experience. Several times during the practice, I had to stop as they repeated the terms, asking me if they had pronounced them correctly.

At the end of the class, I asked how many of them would be willing to really study the terms and hold each other accountable for learning them if I bought them a book on Sanskrit in yoga. Almost all of them said yes.

These are the moments when I know that I am exactly where I need to be and what my purpose is as a teacher. These are the times when I am reminded that what I do has value and meaning.

On December 15th, there is a graduation for some of these men who have been transitioning out of long-term lockup into a less restrictive environment. As the men walk across and receive their certificates, it is my hope to give each of them his very own Sanskrit book so that he can study and learn and grow. 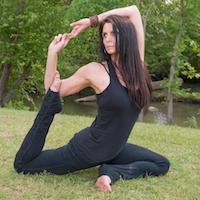