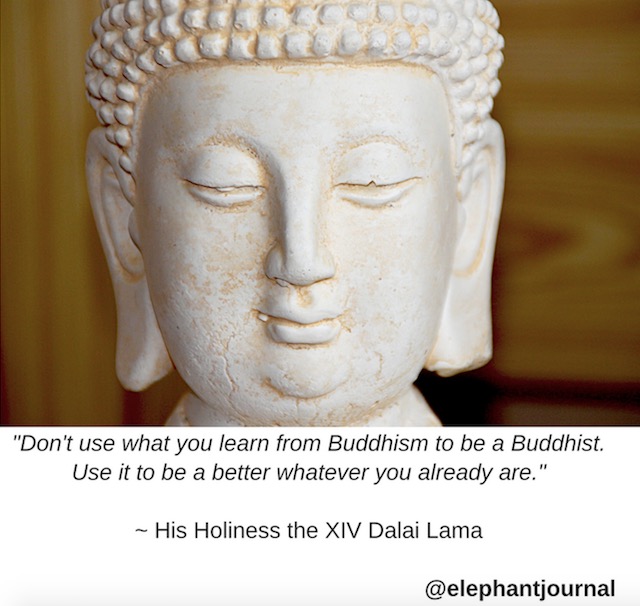 “You know why we Muslims can marry up to four women in our lifetime?”

My devout Muslim host in Malaysia, Adam, asked me this question. We were driving on the streets of Kota Kinabalu to deliver the cute Hello Kitty cake he just baked.

“I actually have no idea,” I answered. That was the first time I had bonded with a Muslim.

“Darby, we don’t want illegitimate children in Islam. We want all the children of God to feel special. But of course, everything should be consensual.” He also discussed the socio-economic aspect of polygamy as well as the science behind a man’s libido.

Instead of arguing, I tried to understand where he or his religion was coming from.

I grew up in a Methodist household. We regularly attend Friday Bible Study sessions, Saturday choir practices, and Sunday worship services. It was a well-disciplined spiritual life—my Bible in the one hand and a book about etiquette in the other. I was able to showcase my talents, and my social skills improved because of the church. My world revolved around the dualistic teachings of Christianity: good or bad, heaven or hell. Nothing in the middle.

When I decided to travel, I realized that having a strict belief system would hinder me from enjoying what this world has to offer. So I tried to deconstruct my inherited religion. I emptied the glass—clean slate. Then because of my curiosities and experiences, I was able to reconstruct it anew.

Here are five things I learned about religion through my travels:

I have learned to practice finding the common denominator in religions. Some theories did seem far-fetched. While I was in Singapore in 2011, I went inside a Hindu temple on Bencoolen Road. In the middle of the temple was a statue of Buddha. During that time, I still thought that mixing religions was weird. I forgot that the founder of Buddhism was once a Hindu. Of course, you may add that Jesus was a Jew, and Islam’s Ishmael was the son of Abraham. Some people even think that Jesus studied Buddhism during the “lost years” of his life that are not accounted for in the Bible.

Aside from these connections, most religions primarily teach about love.

While celebrating the Chinese New Year in Binondo, Manila, I saw a tall Indian man in front of a Buddhist temple. He was wearing a pale orange robe, his head shaved, and was carrying a couple copies of the Bhagavad Gita and a donation box. I assumed he was from the Hare Krishna movement.

I approached him and told him I had read about the movement. Hare Krishnas claimed that they changed the hippies from getting high with marijuana to getting high from chanting mantras. After I donated a dollar, he gave me a copy of the Gita and invited me to visit their ashram—their version of a church. I went with him and stayed there for two days.

The devotees were accommodating. We spent the whole morning discussing their belief system. I never felt that they were trying to recruit me. They told me that the wisdom written in the Bhagavad Gita is a support to my existing beliefs. After the discussion, they invited me to join them in preparing for the Prasadam, or holy meal. They were vegetarians. In the afternoon, we continued the discussion followed by chanting mantras for a couple of hours. In a weird way, I found it relaxing and a bit addictive.

My experience with the Hare Krishna monks and devotees made me respect their religion and their ancient traditions. I learned that before judging other religions, we should get to know them and immerse ourselves in their practices and processes.

3. We can always go back to our roots.

I never left the Methodist faith. I still go to church every Sunday or every other Sunday. I still believe in the teachings of a loving, selfless savior. And every time the world slaps me in the face, I always remind myself of my all-time favorite Sunday School songs, the memories of summer youth camps, and the comforting verses and prayers. These things still warm my heart like hot chocolate with marshmallows. And I realized I could always be a Methodist-Buddhist anytime I want, like George Lucas.

4. God is creative and loves variety.

God not only bursts with love, but also with creative energies. That is why we all have different faces. That is why we have millions of animal species. The gift of uniqueness and individuality created these different religions and faith systems. Without religious diversity, the Earth would be a boring place to live.

We wouldn’t have monks wearing orange robes or women wearing colorful saris or hijabs. We wouldn’t have majestic structures like the Angkor Wat, the Pyramids of Giza, or Macchu Picchu. We won’t have colorful festivals like the Holi Festival, Chinese New Year, Saint Patrick’s Day, and even Christmas. I always thought that every creative expression is a form of worship. They taught me that in Sunday School.

It is not our duty to believe. We all have our own expressions and philosophies in life. But it will always take a lot of courage to tell others “I love you even though I cannot understand. I don’t care who goes to hell. I will just keep on loving you until we both reach heaven or nirvana on Earth!”

In 2013, I met Ali, a yoga-practicing, vegan Muslim from Iraq. I had never met a person from Iraq. I got curious and asked him about their “scary as hell” country and about the war. He said, “Darby, Iraq is a very beautiful country. What the media tells us is over-sensationalized.” Then he showed me the photos of his beautiful mom picking tulips in the countryside. My heart melted.

Three years after, I went to Kuala Lumpur where Ali works and where his family now resides temporarily. I got the chance to meet his mother. She prepared a hearty snack for us. When I was about to leave their house, she handed me a scarf made in Iraq and asked me to give it to my mom. Then she told me in Arabic, translated by Ali, “My son, Islam, Christianity, and Judaism complement and complete each other.”

Have I reconstructed my faith? I don’t know, and I am not sure if the reconstruction will ever end. But we should always think like Ali’s mom and cultivate a positive attitude toward diversity.

Let me close this by sharing my favorite quote from John Wesley, the founder of Methodism: 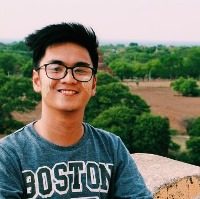