A Lesson in Faith: Hiding my Gay Relationship at a Catholic Wedding. 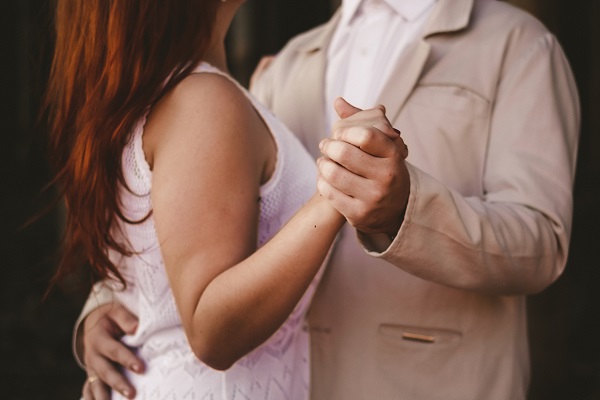 I woke up early the morning of my twin brother’s wedding, sprawled across a king-size bed in a hotel room.

It was a blue-skied Saturday in Ft. Worth, Texas—the month before that state reliably helped secure George W. Bush’s residence in the White House for four more years. The best man speech, not-yet-written, buzzed around my head like a fly.

I lay there a long time, staring at the ceiling. I hadn’t been back to town in years and had flown in from New York the day before, ambivalent about my presence.

From the start, my role in the wedding had felt performative. My brother and I have never been particularly close. Still, when he called one afternoon the winter before and asked me to serve as best man, I said yes. Siblings kinda have to be in on the wedding party mix.

I was sitting in my boyfriend’s Brooklyn apartment a few months later when my brother and I had another conversation.

“We don’t really have a problem with it,” he said. “Some of my friends and co-workers might.”

“It” being the distasteful idea of seeing a gay couple together. His deep voice seemed to echo over the whir of the window air conditioner as he told me not to bring my boyfriend as my date.

The weekend of my brother’s wedding those many years ago still comes to mind often. We are currently living in a sharply-polarized nation, rife with mischaracterizations of those we don’t know and even those we do. And I find myself reflecting on which could be worse: to go on faith that people will surpass expectations and then be let down? Or be confined to a head-space of doubt that never yields?

When I tell friends about my brother’s wedding and his request, they usually get angry or shake their heads, disappointed. At the time, I admit I felt neither. Even as a part of me wished that he had said, “Hell, bring him anyway”—or better, said nothing, confirming it was a non-issue—our conversation didn’t particularly surprise me. I remembered the culture where he lived—not far from where we grew up—as homophobic.

I didn’t argue with him and agreed I wouldn’t bring a date. The truth is, I believed what my brother did. There probably would have been people who had a problem with me showing up with a man as my date.

As months passed and the wedding neared, my brother and I talked only occasionally—mainly logistics like tuxedo measurements and hotel reservations. For his part, my boyfriend didn’t care about staying home. He hadn’t met my brother yet anyway. It was for the best. His brash, forthright, British sensibility would have clashed with any prejudice we encountered, an idea I found both hilarious and horrifying.

We’ll never know, of course. It doesn’t matter. What matters is I got caught up in something playing out all-too-frequently these days: suspicion breeds suspicion. I don’t blame my brother. Still, his lack of faith in some of the folks in his world triggered my lack of faith in all of them, including someone I knew better than he did.

And in the end, she was the only person who mattered.

At the wedding reception that weekend, I found myself standing on the dance floor with my former high school girlfriend. We hadn’t seen each other in years—not since I came out. By chance, she attended with one of my brother’s college friends. We were chatting when she asked if I was there with a date.

I paused before answering. Couples of varying ages at tables spread across an overly-decorated banquet room—all of them a man and a woman—were laughing together. Wine glasses clinked. Then I told what we convince ourselves is the most innocent of lies: the one of omission.

The wedding ceremony earlier that afternoon had been in a vast, downtown, Catholic church and seemed interminable. The maid of honor and I knelt at the altar with the bride and groom the whole time. I felt happy for my brother, but in a detached way. I hadn’t set foot in a Catholic church since a funeral years before. I was completely absent and heard nothing the priest said. I tend to dismiss institutions that roundly dismiss me—faithless, in the face of their faith—and didn’t hear the couple’s vows either.

As I danced with my ex later, I thought of how my boyfriend would have gotten along well with her. They have the same biting sense of humor that attracted me to both. I started to wonder if I made the right decision to go alone that weekend. Being at a wedding by yourself begs for self-pity under any circumstance. When your own love is missing, it feels worse.

In those moments with her, I felt more alone than any other time that weekend. Had I been in an environment less laden with suspicion, I might have reacted differently. Instead, I wallowed in regret as I walked back to the hotel alone—not for who I am, but for what I didn’t say.

The following year, I was back in Texas visiting family. One night, my brother and I met a few of his friends at a bar. Among them was my ex-girlfriend.

She and I were talking at one point and I was a few beers in when I said something like, “Can we go somewhere with cuter boys?” She pulled away, looked at me a second, head sideways, and smiled. The group watched her drag me by the hand out the door.

She took me to a popular gay bar, where she was apparently a regular. We drank and talked about everything but our failed courtship. Both of us seemed to understand that, now, it was besides the point. As I watched her order another round, I found myself thinking back to my brother’s wedding. I shook my head—it was one of those moments when things suddenly seem clear.

By withholding my faith in her, I had robbed her of an opportunity to exhibit her humanity. In doing so, I realized, I had also diminished my own. Faith may sometimes let us down. Unlike doubt though, faith can also lift us, if only we give it the chance.

She and I wound up dancing til closing time. I never felt so close to her. 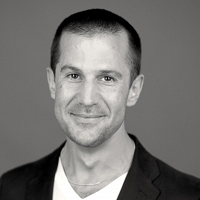