“Why are there not More School Shootings?” 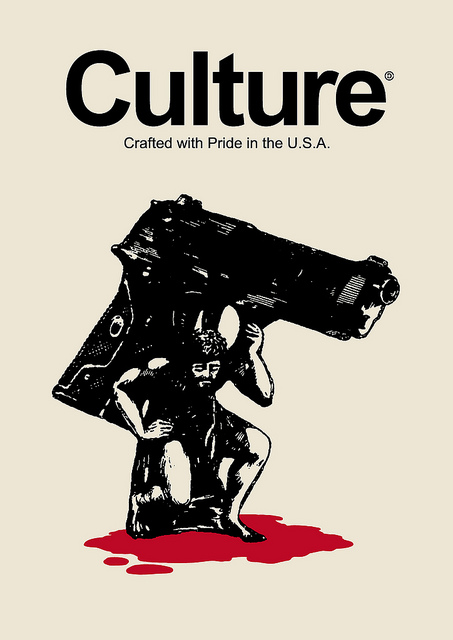 There was a school shooting yesterday in Benton, Kentucky.

Two 15-year-olds, a boy and a girl, were killed, and several other students injured, when another 15-year-old opened fire.

Every time something like this happens, people are quick to ask, “Why are there so many shootings at schools in America?”

I actually want to ask the opposite question, which is, “Why are there not more school shootings?”

That a likely “very troubled” teen obtained a gun, brought it to school, and opened fire on classmates doesn’t surprise me at all. In fact, what surprises me is that this doesn’t happen more often.

In this culture we live in, where violence is glorified and celebrated and seen as a solution to every obstacle, I’m really shocked that there aren’t several school shootings going on even as I write this article. Perhaps we should examine why they are happening, and then it might make more sense to wonder why there aren’t more—many more. But just as we do on so many other days, we glance at the headline, we see the breaking news flash, and then we simply move on with our days and our lives, as if nothing happened.

I continue to believe, even more strongly, that we live in a society where there is an alarming lack of compassion and empathy, and that in general, people simply don’t care what happens to other people.

The key word being “other.”

When we assign the all-encompassing term “other,” it creates division between ourselves and everyone else, or in many cases, a group of individuals. When we do this, it removes the element of being human from them.

In the “Black Mirror” episode I watched last night, “Men Against Fire,” soldiers in a dystopian, post-apocalyptic world were given computer implants that changed the way they viewed the “enemy.” Instead of seeing them as the fellow humans they are, the mind was altered to view them as zombie-like creatures, to hear snarling instead of cries for mercy, and to designate them as “roaches,” or subhuman. The idea is that it’s much easier to kill someone if you strip them completely of their humanity. When Stripe, the main character, watched a video of what had actually happened when he shot two “roaches,” he was horrified.

While this is just a Netflix show, it is seems chillingly real in its essence. We dehumanize people in so many ways every single day.

It is easy to hate someone when we perceive them as a monster, or something less than human. Today, I was looking through the comments on a story about a local case here in Bend, Oregon, where a man was convicted of killing a college student. The vast majority of the comments called for blood—brutal in nature, full of hostility and hate, and demanding of vengeance. But the reality is, this man is human too. When these sorts of crimes take place, we seek to distance ourselves from the perpetrator. But we all arrived in this world the same way. In light of that, there is something disturbing about someone being convicted of murder, and then scores of people expressing their desire to do just that—murder someone.

What does that say about us as a culture, as a society, as human beings? Perhaps we are not so far removed from this person after all. Perhaps we are a lot more alike than we would care to admit.

We live in turbulent times. Many people experience hopelessness and despair on a daily basis, which can lead to major depression and anxiety. I’ve personally experienced hopelessness. I was laid off from my full-time job over a year ago, teaching music to children at a non-profit preschool. Despite applying for hundreds of positions, I have not found any opportunities, and I am dealing with a financial crisis that is all too real. I’m also an independent musician, struggling to find avenues to share my music and generate support for my work, which is incredibly difficult in this modern, digital age that is already over-saturated with thousands, or even millions, of people seeking the same thing.

We seek a lot of our validation and support via social media. While social media has brought the world closer together in many respects, it can also be very isolating and feed despair.

The virtual world of Facebook is alluring and enticing…but it is not a living, breathing human being who can listen, give hugs, and simply be present. It lacks intimacy. It lacks that human element. Many believe that the obsessive use of smartphones by teens has contributed to depression and isolation. And sadly, as we know all too well, a lot of people, both children and adults, choose to use social media as tool for bullying, and to direct hate toward others. Children, especially teens, are already going through a period of tremendous growth and transition to become adults, which can be a troubling and emotional process to begin with. When the world around them is so unstable, dysfunctional, and divided, it’s no wonder that they are overwhelmed and feeling hopeless.

I feel overwhelmed myself, just thinking about it.

Add into this equation the unhealthy obsession with violence in this culture, and the ease with which people can obtain guns.

I believe that the answer is love.

Even as we enter into another year filled with so much uncertainty and turmoil, many people are standing up for love, social justice, and showing a true desire to change the status quo, to transcend beyond the division created by politics and injustice.

There are so many people who desire to live a more genuine, authentic existence, and to acknowledge that we are all connected to each other. There is a desire to heal, to teach our children to love, and to bridge the gaps that exist between us. Love is what inspires people to take action.

I have a desire to practice love through music, and by healing myself, to in turn, heal others. In spite of the adversity I was dealing with in my own life in 2017, I created over 100 inspirational music videos that I posted to Facebook, reaching people across the world. I continue to share the legacy of Taliesin Myrddin Namkai-Meche, who stood up to hate on a Portland train. My friend Elizabeth has been suffering from a debilitating illness, but that hasn’t stopped her from creating beautiful, healing art that honors the divine beauty of nature. Shariff Abdullah, a visionary and author in Portland is in the process of launching a program called “Shadows to Light,” in an effort to inspire us to create a world that works for all beings, and shift the shadows in our lives into light. Community members in Oregon have created programs seeking to prevent teenage suicide and to reach out to those suffering from depression. Some people feel led to run for political office.

We all possess unique gifts we can use to serve humanity and change the world. All is not lost. Hope remains. But we must not remain silent. Every voice is important. This is our time. The world can’t wait.

If I should stand
Then what am I standing for
I hear my brother calling out to me
Calling me down, these angels gather round
I know they’re waiting to see, that

This is our time
The hour is upon us
A shadow not everyone can see
And the world feels cold, as young legends grow old
But they showed us life’s beautiful harmony

The world can’t wait
We must rise from our slumber
And open our eyes to what will be
Through the moon, the sun, and the stars we are one
From now through eternity 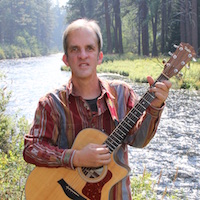 Love is Not Enough: Why we Can’t Always Be with a Soulmate.