It took a Car Crash to make me Mindful. 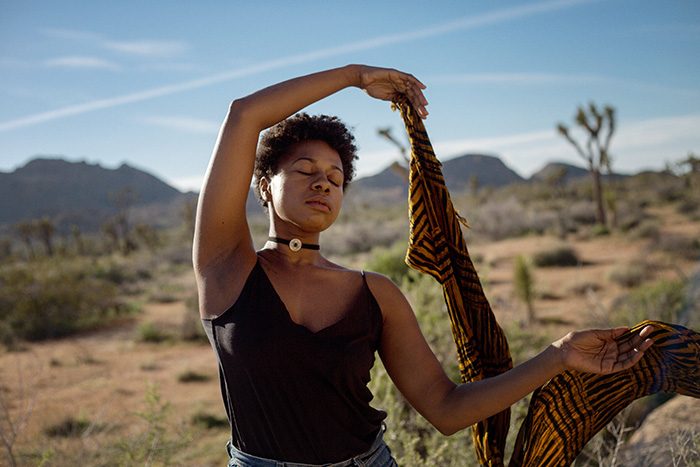 Meditation is often considered to be an exercise where you close your eyes and empty your mind.

A break from thoughts and the world.

I began my mindfulness path by being curious and learning step-by-step. Like most, I’m also a busy person so I’ve only been able to gradually build in little habits of mindfulness, while I attempt to connect with my inner self.

I write in my journal, meditate, and practice yoga. Not necessarily daily, but I’m still improving, and love and enjoy the process.

Over the last year I learned that meditation is not necessarily only about sitting motionlessly and closing your eyes, but also about using it to overcome physical limitations.

Mind over matter, one of my earliest mantras while exercising, turned out to be useful to its truest sense.

This all started a little over a year ago, when a large car rear-ended me while I was waiting for a traffic light at night. I was hit hard, and the driver declared that he didn’t see me because he was watching a screen in his car. Surely not an example of mindful driving.

I was shocked, upset, and above anything else, in pain. My tummy cramped up, and my back and neck were a total mess. I was in pain for days, and it didn’t seem to become better in the months that followed. For months after my accident I experienced some of the unhappiest times of my life. These months however, taught me a lot about myself and my approach toward exercise.

“Nothing ever goes away until it has taught us what we need to know.” ~ Pema Chödrön

Before my accident, no effort was too small in my daily, various workout routines of CrossFit, running, swimming, and cycling. Not to mention diving and my latest devotion to outdoor climbing. I used to love loading as much weight as I could take on my barbell, or run or cycle as far as my legs would take me, just for that physical challenge.

Getting stronger every day, was my motto when working out. No pain, no gain.

After the accident, however, an intense routine of treatments with several practitioners followed, including muscle-strengthening exercises to heal the spasms in my back and neck. And with that, the advice to take mandatory rest for at least two months.

From six to seven days of rigorous exercise per week, I went down to nothing. It was tough to swallow and hard to accept.

Initially, I started binge-watching series and snacking to pass my evenings on the couch. I had nothing but excuses to avoid focusing on my physical limitations and feeling the pain. I saw my hard-earned muscles disappearing fast. So did my sanity.

I discovered that my mental strength was heavily dependent upon my physical strength. And since I no longer felt strong physically, I started feeling depressed, unattractive, and my situation drove me up the wall.

I tried to find ways to stay as active as possible—as slowly as I could, and as fast as my body let me. And with that, I began to introduce ways to allow myself to exercise mindfully, be it, not by choice.

I focused mostly on recovering by conducting slow muscle strengthening exercises and taking walks in a park behind my house, but as soon as I could, I went back to my CrossFit world. Just seeing my friends again and the atmosphere was an emotional boost for me.

At the same time, frustrations began to grow as I noticed that I couldn’t maintain the same number of repetitions of push-ups, pull-ups, nor could I lift the same amount of weight during a specific exercise. It took time, sweat, and tears to regain my strength and endurance.

And with my body becoming stronger again, a shift of mindset took place.

It happened gradually. Instead of viewing every workout as a competition, I started to focus more and more on feeling the effect that exercise had on my mind and body, and how I felt during, and after each workout. I had inner celebrations of steady improvements while returning to where I once had been: more kilometers of road covered with my road bike, my first few pull-ups again in a row, first swims, and my increased endurance.

As my recovery is still ongoing, it was and still is, at times hard to accept not being one of the first to finish in our cycling group. Instead, I celebrate the fact that I can get out and move again.

My goal now is to focus on what I can do instead of what I can’t.

Instead of my spot in the ranking, I focus on feeling the sun and wind on my bare arms, the smell of the morning air, admiring nature, the beauty of the seaside, the feeling of grass below my feet—and the sense of freedom on my bike, floating through the air while rushing downhill. I feel whole again.

I know this is still a learning process for me.

My ego and competitive nature sometimes still stand in my way. They are there, embedded in my inner self. But over time, I’ve discovered that practicing mindfulness during my workouts is the best way to put my mind to rest and calm my thoughts.

Simultaneously, working out stimulates mindfulness. I love the sensation of ‘flow’, connecting my mind and body, practicing my favorite sports, and feeling how my muscles react to the weight, pressure, and balance.

I hope one day I will truly be able to accept the limitations my body still puts on my progress, and understand that I must take a step back when my body protests the next day.

For now, I practice gratefulness, as mindfulness helps me to overcome struggles, and accept where I am.

Only then, will I be where I want to be.