Did you cringe for me?

Did you whisper to yourself, “bless her heart?”

Or did you relate a little too well to those statements?

If so, you are not alone.

Many people wonder just what the hell is wrong with a woman who is single and childless over 40.

It’s one thing to be childless, but to also not to have a partner. To be alone in a world made for groups of two or four.

Is she weird? Broken? Lonely? An alien with three heads?

I know because I am asked these questions on the regular. I am over 40 and without a partner, or a child, or a family of my own.

I’m an only child, and I grew up poor with a single parent working multiple jobs. Watching my mom do without so I could have basics like clothes and school supplies was something I never wanted to put a child through—and quite honestly, I didn’t want to put myself through that either. I struggled with money for most of my early adulthood, and I knew I did not want to be financially strapped. Kids just felt like a huge financial burden, one that I was not willing to take on.

Perhaps if I had found the right partner, maybe my mindset about kids would have changed eventually. After all, raising children could be easier with two incomes and two parents. But I have been in relationships throughout my adult life and while some of them were wonderful—some of them were not.

I still crave intimacy and want to have someone to share my life with, however, having a partner does not define who I am.

My worth should be valued inherently for who I am—not for the labels (like wife or mother) or accessories (such as a partner or children) that society tells me I should have.

Everyone, especially every woman, should be valued in this way. Yet, that is not the reality for many of us.

Historically, society has been made for couples and families, but I know there are others who are living a single life, too. So I embarked on a journey to find others like me.

I asked my Facebook community if anyone would be willing to talk about their experiences of being single, childless, and over 40. I received more than 20 responses in less than an hour—ranging from people I went to high school with, to people I’ve met only in passing. Mostly from women, but I was surprised to find some men had stories to tell, too.

Overwhelmingly, everyone who responded said mostly the same things:

“There is nothing wrong with us.”
“I am not less of a woman because I don’t have children.”
“Not everyone is meant to have kids.”
“Family is more than blood.”
“I am just as worthy.”
“I’m not weird.”
“Don’t leave us out.”
“I don’t shame you for your lifestyle, why are you shaming me?”
“Include us.”
“We have value.”

While most everyone said they were at peace with how their life has turned out, I could feel the frustration and pain over how they inevitably get treated like a child or as if they have less value in society.

I found myself relating to their stories all too well.

One woman said, “There is no place on earth I feel less valued than at church. It is the most unsafe place to be for someone who is single and childless.” When she and I became friends years ago, we had bonded over our faith. A church community was important to both of us, yet now neither one of us go to church for this very reason. There is nowhere I feel more alone than inside a church community. Maybe this is because religion was built on coupling and families, and it is an uphill battle to change a system that has worked for centuries.

Another woman shared how when she goes home for the holidays, she is relegated to the couch while her married siblings are given bedrooms to share with their spouses. When she told her sister that she would get a hotel when she visits in the future, “because I am 40-f*cking-years old, and I’d like to have a bed and not share a bathroom with two teenage boys,” she gets put on a guilt-trip of how it will make her parents sad. Of course it makes sense that the bigger beds and space are given to the couples. However, a woman’s relationship status should not dictate her right to the amount of privacy she is entitled to. And she has the right, without feeling guilty, to fork over the money for a hotel, if it means she can have some space of her own.

Even our female peers shame us by saying we are too career focused. Yet, that’s not something a man is likely to be shamed about, let alone from one of his peers. The double standard that women in business are expected to have it all whether they are single, childless, or married with kids—only creates more unnecessary pressure.

Most of the men whom I talked with stated that people are in disbelief that they don’t have kids or want them. When people find out they are single and don’t have kids, they are asked things like: “You don’t have kids?” or, “Don’t you want to be a father?” or, my favorite, “When you meet the right woman, you’ll change your mind.”

I had one woman tell me that people have literally asked her if she hated children or didn’t believe in marriage. She said she chalked it up to the fact that some people can’t wrap their minds around a different way of life, so it makes them feel better to think she has something wrong with her.

Another participant said it best when he said that he, “feels bad for people who judge and demean others’ lives based on the fact that my life is not like yours and therefore incomplete and unsatisfying in their eyes.”

That pretty much sums up why society has this attitude about us singles.

Honestly, it sums up anyone who lives a life different than the centuries-old norm of the white picket fenced house, the opposite sex marriage, the fancy car, and the two kids American dream.

I’m not here to make anyone who has that feel bad. I love that you have found what makes you happy. It is a choice you made, just as my life is a choice I made.

My life doesn’t look like anyone else’s. My house, my career, my friendships, and my relationships are very visibly mine.

It is time to accept all of our differences, to include one another, to love each other, and to not project our beliefs and values onto everyone else.

I, along with so many others, want acceptance.

For our stories to matter.

For us to be seen as whole, loved, and valued individuals making a difference in our world.

No partner or child necessary. 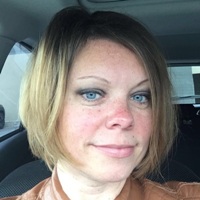