“Just a Gold Digger”: How a Casual Insult inspired a New Year’s Resolution. 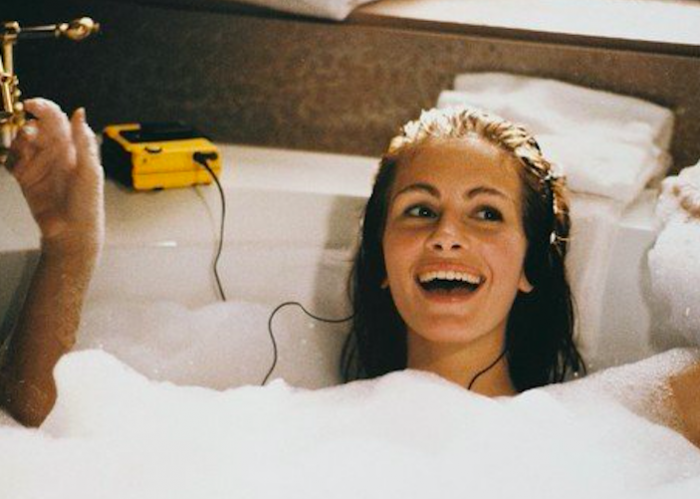 Typically, going out for lunch is not a life-changing experience, but for me, one of my New Year’s resolutions came about because my husband took me out for lunch last month.

“I thought she was just a gold digger,” I overheard the woman say. I had just been introduced to her by her boyfriend, who is a former coworker of mine. He had been explaining where he knew me from, that we used to work together.

Now, sitting a few tables away from them in a restaurant, I could easily overhear their conversation. She was surprised to hear I have a career.

Just a gold digger. That stung because I have worked so hard to build a career and earn a man’s wage. I’ve earned two degrees and two professional designations. I’ve worked since I was a teenager, and contribute equally financially. Independence and equal financial standing is a point of pride for me.

When I met my second husband, I was earning more than him, and he has one of the coveted union tradesman jobs at the local mill. So, who’s the gold digger? I thought, instantly on the defensive. Don’t they know I contribute equally? Did they think my husband could do all that on his own, especially since he has been off work for a long time due to injury?

The lunchtime insult wasn’t the first. We own a lakefront vacation home and receive a lot of visitors every summer. It never fails that some of them fawn over my husband and then barely manage to learn my name. They assume the husband is the one with the money/power/decision-making ability.

It hurt to be written off so dismissively as a woman of no intrinsic value, by someone who doesn’t know me at all or anything about me. For a while, I allowed my wounded feelings to fester from this casual judgement of a stranger. Eventually, I had to come back and take a hard look at myself.

How many times have I dismissed other women in precisely this same way?

In my single-minded striving for financial independence and career success, I fell into the trap of feeling superior to the other women whom I perceived to be “non-contributors”: uneducated, unmotivated, pampered housewives, and socialites. I viewed them as having no motivation to succeed on their own, as being manipulators who achieved their goals through the hard work of other people. It was everything I did not want to be.

A self-proclaimed feminist, I truly believed that not only can women achieve as much as men, but that they have a responsibility to do so. That is the standard I held myself to and judged myself harshly if I was not meeting my expectations. Now, I had to revisit these beliefs and examine my hypocrisy.

I had worked my whole life to escape the dismissive treatment given to women as less important, less intelligent, less worthy. Now, it turned out I had internalized the very same paternalistic attitude toward other women. If they weren’t genuinely accomplished, did not have a career, I had little respect for them. Was I truly a feminist if I did not respect the intrinsic worth of other women, without a career or professional accomplishments? I don’t think so. Ouch.

I am divorced and happily remarried. My second husband was born and raised in this town and never left. Everyone knows him, but few of them know me well, even though I’ve lived here for 14 years now. When I arrived on the scene, there was a lot of speculation and chatter, but few welcomes from other women. Perhaps they were upset that one of the few remaining eligible bachelors had been tied down.

When I met my new husband, I had two young daughters in tow, aged two and four years. I was also working full-time as a professional engineer earning excellent pay and benefits. However, perhaps when we met other couples socially, all they saw was a single woman with two children looking for a new mate. Never mind that I worked my ass off to earn and maintain my professional career and my physical fitness. That meant not just 10-hour workdays, but also evenings and weekends filled with studying, workouts, professional development courses and networking events, and maintaining an online presence to establish authority on the subject matter. All this while balancing the responsibilities of parenting two young children.

It’s human nature to assume the worst of people and for women to be competitive with each other. People made wrong assumptions about me, just as I have made assumptions about others. Maybe they didn’t see anything else about me because they viewed me through the flawed lens of their own experience.

In the same way, I saw other women as either fitting my definition of successful (financially independent) or unsuccessful, with no room for different interpretations.

We are so quick to judge, but people are much more complicated than just a label. Women are not one-dimensional puppets—we are contributors in so many ways. We are mothers, helpmates, homemakers, and companions. We are working professionals: engineers, nurses, doctors, accountants, psychologists, dentists, undertakers, writers, journalists, and teachers. We are wage earners, property owners, voters, and taxpayers.

Every woman you see has a different story, and she should not be dismissed so easily. Every couple you meet has created their way of living, a balance that works for them. That’s part of the beauty of living in a free country like ours.

Consider this: psychologists have determined it only takes a fraction of a second to form a judgment about someone’s character based solely on their appearance, and that first impression influences how we treat them. It’s an energy-saving way to categorize our surroundings and classify people as threats or non-threats.

How accurate are those first impressions? How fair is that to the other person? What other assumptions do we make based on superficial outer appearances? What mistakes have I been making based on subconscious assumptions?

That’s one of my New Year’s resolutions: to examine my assumptions about other people, especially women, carefully. I will ask them about themselves rather than assume their husband or partner speaks for them. I will expect the best of them and respect their intrinsic worth.

That may make it easier for me to recognize my own inherent value. I resolve to be kind, to others, and to myself. 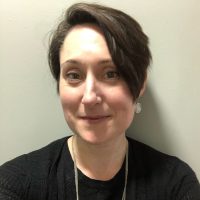 Gwen Higgins is a writer, knitter, pianist, accountant, and former engineer living in British Columbia, Canada. She loves to ski and spend time outdoors with her family. … Read full bio