How Your Shopping Habits are Destroying our Planet. 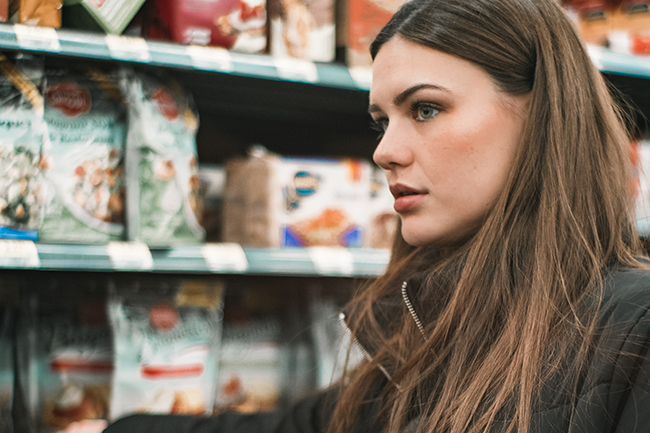 I grew up in an average middle-class family in the city. Throughout my life, I’ve had easy access to everything I needed.

An endless supply of markets, shops, and chain stores sprawled across the city grounds. I was spoiled, now that I think of it. I never experienced a day when I couldn’t find what I was looking to purchase, or fretted over whether or not I would have food in my stomach.

A consumer-driven society such as ours is a luxury. We have cheapness right at our fingertips—items that glimmer in store windows and serve as a reminder of how convenient it is for us to purchase. Products of any kind are presented to us with a low price tag. We imagine it’s a deal and put no second thought into how the item was made, who made it, or what kind of damage it may be doing to our planet or our health.

To state the obvious, money runs our world. From the penniless individual to wealthy corporations, the trance of wanting more is something humans have experienced throughout civilization’s existence.

Less than 100 years ago, milkmen delivered their freshest milk to every home in the neighborhood. Now, local supermarkets offer an array of choices—low-fat milk to coconut all a mere arm’s length away. What luxury.

As a member of a highly fast-paced society that strives for convenience and comfort at every moment, I’ve been lazy. For the longest time, while I loved nature, I shoved any notion of my own harmful impacts to the back of my mind. I couldn’t see it, therefore it probably didn’t really matter.

While unconsciously labeling myself as a consumer, I bought things on a whim as an attempt to satisfy my craving for anything I wanted. Whatever brand stood out to me, I went for. I assumed that if a package was labeled with “no artificial sweeteners,” or “non-gmo,” it must be an upgrade for my health. I’d toss the plastic packaging into my cart, snack on the “organic” potato chips that seemed innocuous. Or if I wanted something healthy, maybe a quick premade salad (again in a plastic container) with some kind of processed dressing that tasted delicious. But I had no second thoughts about it.

I was consumer-driven. I still am. And so is the rest of the planet. Modern living demands fast-made products. And the worst part is: we trust what these industries tell us.

Five years ago, PepsiCo was sued for misrepresenting their Naked Juice product. With labels that read “all natural,” “no added sugars,” and used other promotional messaging to gain public appeal as a quality, healthy beverage, it turned out that their juice was, in reality, the opposite. While no sugars were added, the juice contained 50 percent more sugar than that of a 12-ounce can of Pepsi, and the super nutrients boasted in unique juice names such as the company’s Kale Blazer juice were featured minimally in the recipe, leaving the juice to be primarily an apple and orange blend. This is just one example of countless others that exist in corporate deception today.

Consuming things is a lifestyle for every person on the planet. In order to survive, we rely on our resources to directly sustain our way of living. Sometimes we need to opt for the cheaper, packaged produce. But it’s important to fully understand that we also rely on this planet—our home—to live, breathe, and maintain our good health.

Our society has become overly indulgent in having more—and fast.

As modern-day humans, we like to believe that what we do has no damaging impacts on anything. This makes it easier for us to spend our money and go about shopping and having things without feeling any guilt. Our corporate-focused world has done a good job feeding us these pretty ideas. But what’s kept swept under the rug is the amount of land they’ve claimed and burned to create farms for animals and factories for manufacturing, the amount of trees they’ve cut down, the waters they’ve poisoned, the humans they’ve harmed.

We’re seeing the curtain fall away and their lies slowly drawn to light. But what can we do as individuals?

It wasn’t until around half a year ago that I made a conscious decision to shift my lifestyle habits. It doesn’t sound like much, but trust me when I say that it is. By aiming to no longer support companies that I see as unethical, I’ve felt empowered, yet have also experienced the strain of being so selective.

I grew up in a world of cheap, easy-to-get products with little mental effort put into my purchases. It never crossed my mind that consumerism is what pretty much runs the world today, and that it is also the very thing that is destroying our planet.

Global corporations are the true world “leaders,” not our governments. We like to think that political leaders are the ones at the top, but have you ever taken a look at the history of globalization? It’s all about giant businesses who seek to profit off serving the greater population through international expansion. Now, it’s also about how powerful brands are able to engulf smaller companies. Globalization has reached every corner of the world, damaged—and even destroyed—multiple ecosystems, cultures, and people. It’s an empire, just not a political one.

But individuals have the most power. These industries rely on us, just as we think we rely on them. But we don’t. Nature is here to serve us, just as she’s always done. Hundreds of years ago, villages and communities lived a sustainable lifestyle inherently. Indigenous peoples all across the globe understood what Earth had to offer them and what they could offer back. And so they abided by this concept, and their lifestyle had very little impact on the environment. It was a cycle of give and take. It wasn’t their choice; they were conscious that there was no other truly viable option.

If you understand the connection that we humans have with the planet, could you make the shift toward expanding this connection? Could we, as individuals, take steps to reestablish a coexisting relationship with Earth once again?

The first step forward is toward awareness. 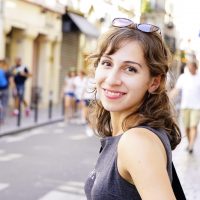 Elena Zevallos is a Colorado resident, writer, journalist, planet-lover, and an activist. Her passion lies in spreading awareness on all things that can help society transitio… Read full bio