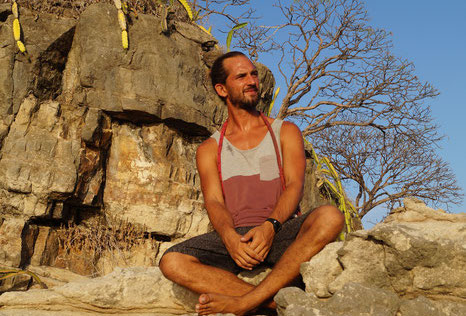 What a time to be alive.

Those of us who had a feeling about political elites being corrupt point fingers at Donald Trump and have no more doubt. Others being skeptical of the health care system are shocked by the opiate crisis that is causing young Americans to die at alarming numbers. Scientists calling for action against climate change are facing angry individuals portraying it all as a hoax by the Chinese.

Who can we trust?

Common sense has often been replaced by emotional debates on the internet, and facts are not always the centre of these conversations. It is not only real human beings arguing in the comment sections; very often, bots are at play manipulating our exchange of thoughts. These bots are programmed to steer our emotions in a certain direction. As we found out after the 2016 elections, this goes as far as interfering with the democratic process.

How is this possible?

One could assume that human beings are capable of identifying fake news being spread by bots as what they are, but unfortunately that is not always the case. The less we know about any topics, the more vulnerable we become to manipulation. The more insecurities we carry about ourselves, the more we are longing for simple answers that make sense of it all.

Especially within the spiritual community, we see a lot of people choosing to not follow the news. Some go even further and don’t trust scientists anymore. The fear of being misled by pharmaceutical companies leads parents to not vaccinate their children. Others choose to believe in a flat earth, and some believe that there is a small group of people behind the curtains who control the fate of humanity.

All these conspiracy theories have one thing in common: they offer easy answers to complex questions and lead us into an alternative reality that is not based on facts.

Supported by social media, we are creating bubbles that spread certain ideas. Being surrounded by like-minded people gives us feeling of safety. On the downside, we lose the ability and willingness to think outside of our bubbles. This pattern of avoiding other opinions is feeding the polarisation of our societies. “Us” on one side, and “them” on the other.

Instead of connecting people, social media separates us from each other. Algorithms are programmed to present content to us that we agree with.

Real life does not apply algorithms. Whether at work or at family gatherings, there are still areas in our life that force us to deal with individuals who hold different beliefs than we do. No matter how spiritual you are, there will always be that one uncle who proudly defends his choice of voting for Trump. There will always be that one coworker who does not support your efforts in being vegan. Once back online, we possibly rant about these people who dared to question our perspectives and actions.

Staying away from any form or conflict is not a spiritual practice. Ignoring the challenges we are facing, whether they are about climate change, foreign politics, or our health system, is not of benefit for evolving as a community. Simply avoiding or looking down at our non-vegan colleagues will not change their mind. Trying to convince them of making different food choices at every single meal won’t do the trick either.

Only when we engage in an honest conversation with others and hear their opinions is there a chance of changing anything. Excluding people for their ideas will only drive them toward their bubble, and that is probably the very last thing we desire.

I strongly believe that these bubbles are the main cause for the decline of political culture. True democracy depends on the exchange of opinions and middle grounds that can be found as a society. Having two groups that get fired up against each other by the media is a danger for democratic systems.

There is a lot going wrong in politics, health care, and environmental issues. No doubt about that. Escaping into bubbles that create a fictional reality doesn’t make things right. I understand doubts toward a health care system that mainly utilises prescription drugs instead of behavioural therapy. I am aware that think tanks are adding their spin to the political field, and even environmentalists manipulate the truth in order to create change they want to see in the world.

Where there is money at play, there is always interest involved. Nevertheless, science, with all its flaws, is the only way toward sustainable solutions.

A blog written by some stoner about the flat earth is not of the same value as a scientific publication. YouTube videos recorded in someone’s garage claiming the world is run by the Illuminati or similar groups are not the same as an opinion paper written by a political analyst who carries a PhD. The concerned mom who is trying to convince other parents to not vaccinate their children doesn’t have the same expertise as a board of doctors.

Of course everyone is entitled to have their own opinions, but we have to keep an eye on the background of someone who is sharing information with us.

The worth of a message is not determined by the looks or the ability of someone to present ideas in an entertaining way. It shouldn’t matter that much if we can identify with that person or not. Most importantly, it is the context of their arguments in the bigger picture that we should put value on.

Gathering information from all sides helps us to get an idea of the bigger picture. This includes opinions of people we do not agree with. These people have reasons to believe what they believe, and only if we understand their motivations can we enter a true conversation with them. Of course this can be exhausting at times, but it is necessary to keep our society together.

The more information we have, the less vulnerable we are to manipulation. Emotional outrage only leads us toward our bubble. Someone who holds a different opinion than ours is not disqualified from being human; it is only a disagreement on a single topic.

Different opinions and scientific research are the root of our democratic society. Competition between ideas is what makes us different from totalitarian regimes.

Let’s step out of our bubbles and enjoy the exchange of arguments as a source of growth and not as something we need to avoid on our path of self-development.