I’m Done being a “Good Girl.” I’m Done Accommodating Others. 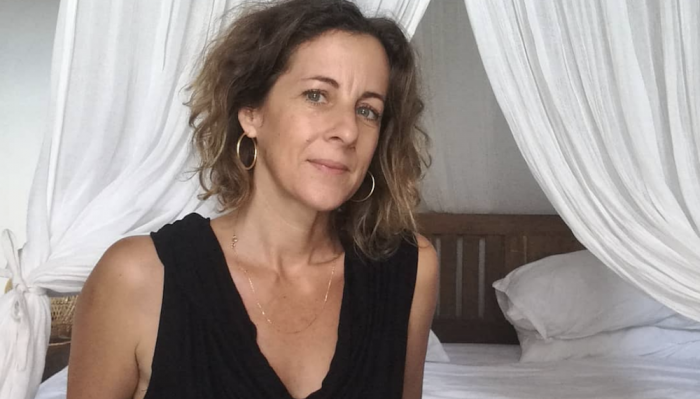 The vast majority of the women I coach suffer from the “good girl” syndrome.

Do you know her?

She never asks for too much. She doesn’t want to disturb. She will take care of others and put herself last. She keeps smiling, even when life is hard.

Why is that a problem?

Some people thrive being devoted to others, after all; some women enjoy themselves giving and nurturing.

There’s nothing wrong with being a giver, and it’s different than suffering from the good girl syndrome.

How do you know the difference? Just ask yourself this question:

Can you feel any sort of resentment because people around you don’t notice your gifts or take them for granted?

By gifts, I mean whatever you have to offer, whether it’s at work, in a relationship, or in your community.

If the answer is yes, chances are you, like many other women, have been conditioned to accommodate others.

I actually would say we all have some of that conditioning. It can show up in so many different ways. For me, it was that freeze I experienced when I had to speak up, especially when someone would say something hurtful or condescending to me. No words, no voice. I would usually find a way to leave, thinking it was the strongest answer I could give, or at least the one that gave me dignity.

It might work if you walk away quite detached. But I was always boiling inside, rehearsing in my mind all the clever things I could have said and criticizing myself for remaining silent.

I also used to never ask or never choose; I would let others decide what would be good for that evening, that party, that surprise for a friend, that project at work.

It looks like little details, but when you don’t show up for these little moments, it will be even harder to be confident in a high-stake situation.

It took me time to accept I had some of that limiting conditioning as a woman. Because, like many western women from my generation, I have been raised by a working mother to be financially independent. I remember her saying “in life, you can rely only on yourself” a lot. This narrative stayed with me, and independence felt like the key to power.

I developed a kind of pride climbing some mountains on my own. I have been good at making risky choices that were against what most of the people around me would advise—and winning. I have been good at not listening to the discouraging comments. I thought that was my own way for revolution—walking away from what was not aligned with my dreams and doing it anyway.

It took me years to understand there’s no powerful figure in history I can think of, man or woman, who did it all alone. They all built a support system around them. And this is where I was still carrying the good girl conditioning. Because the good girl never asks.

I would say most of my clients are achievers and are quite powerful in their work place, when they do what they are good at. Then they will interact, and one comment will make them lose their confidence.

It’s always paradoxical to see women high-achievers struggling to ask for a raise or a promotion, losing themselves in a toxic relationship, or becoming loners because they can’t cope any longer with the role they unconsciously put themselves in when they relate.

When you accommodate others for such a long time, it’s challenging to step up and make a change. But if you stay there for too long, the resentment will build up, and at some point, you will lose your vitality and your creativity.

When you stay the “good girl” and you keep the role people expect from you when you crave something else, you will feel resentment. You won’t express that resentment. You will internalize it.

When you internalize negative emotions for too long, whether it’s anger, sadness, rage, shame, it will generate some negative thinking. Because the emotion stays inside, unexpressed, the negative thinking will be energy-consuming and you will feel tired and uninspired.

The good girl who negates her desires or does it all by herself often ends up depleted. I hear it a lot with my clients: “I don’t understand; I used to be so alive and now I have no inspiration; I feel disconnected; I feel stuck.”

When I was showing up as the strong person who did it all by herself, deep inside I was hoping people would see I needed help and would spontaneously support me. But I would never ask because it felt like disturbing, begging, and being difficult. I suppressed in me the woman who needed help, and she remained angry.

We are multifaceted beings. And if there is a facet of yourself you have been suppressing to accommodate others, as a first consequence, your presence will be weathered. It takes a lot of energy to unconsciously control the way you show up, tracking how others react compare to just being you. Without full presence, you expect too much from the person in front of you. I was expecting the other would see what I didn’t say. It stopped me from being receptive, and the connection would be lost.

The good girl can do a lot, but she struggles to create. Creation is a process that requires synergy. You might desire a relationship, a job, a business, a great moment with your family. Basically, you want to give life to something that doesn’t exist yet. Whatever you desire to create needs relating at some point.

And nothing new can be generated from you accommodating and not being fully present.

Showing up to authentically relate and rocking the boat sometimes instead of endlessly accommodating requires some courage. You will need first to build in your nervous system a certain degree of safety to challenge your old ways of being in order to birth your desire.

The people from your entourage only interested in the good girl might vanish. It can hurt, but you will notice later that these are the people who want your energy but rarely give you some.

With others, you will truly relate.

Does it mean you will always create what you want and have harmonious relationships? Sometimes yes, and sometimes not at first. But you will for sure create an authentic connection.

Authentic connection is like an energetic common ground. It’s the only place where you can put your desires on the table, so that the other gets a chance to clearly see them and eventually meet you there.

From now on, every creation is possible.