I’m the Product of Subtle & Systemic Racism. This is how I’m Becoming the Change. 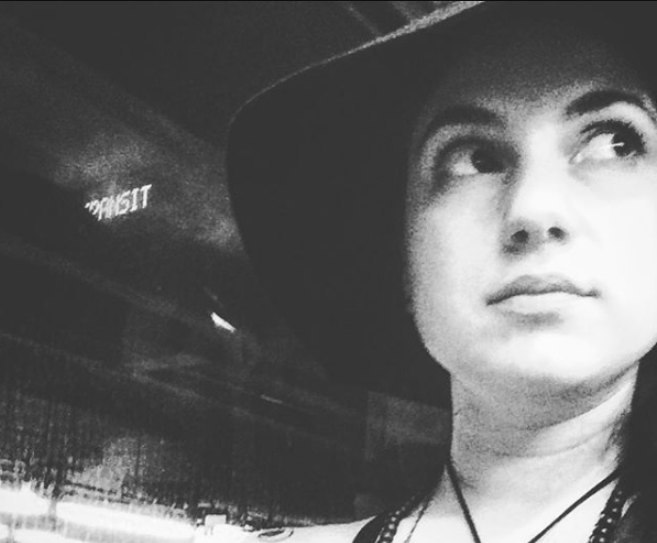 I was a teen in the late 90s and early 2000s—a time when social justice wasn’t a prevalent topic.

Suburbanite white adolescents, such as myself, grew up in disillusion that everything was fair and just and right, and the world was “fixed” after the Civil Rights movement of the 1960s.

I thought it was normal that there were “Black” neighborhoods and “white” ones. The fact that from elementary school through middle school I only had five classmates who were Black didn’t make me question why there was such an imbalance in the school system.

To further complicate things, I also grew up around a lot of casual racist talk that was so normalized to me that I didn’t know any better. I have listened to things that are covertly racist and immoral, and I have repeated these things. I am not proud of that. However, I was a product of an environment that was subtly, yet systematically, racist and I honestly thought it was part of life to make assumptions about certain ethnicities and people of color.

I wasn’t “truly” racist—I was just entirely and completely unaware of the power behind what I heard being said around me.

Then I dated someone of Asian descent. My bubble didn’t burst, per se, but there was a definite pinhole placed in the balloon that was my naivety, and it was deflating. This was during sophomore year of high school. I would be well into my 20s when I began to truly undo the knots of my twisted thinking.

But back then, to my 17-year-old self, this boy was cute and interesting. I didn’t think much about the fact he wasn’t white—and in retrospect, I’m not sure if that is out of goodness or ignorance. People around me, however, apparently were thinking about it. Seared into my memory are two specific experiences.

The first was being at a party with him one night, and meeting a bunch of new people, one of whom commented on how my boyfriend looked “really” Asian, with a tone to his voice that sent chills through me. His words said one thing, but his tone and his stare said something else entirely— something that reeked of his superiority as a white male.

It bothered me. A lot.

The second memory is attributed to my signature look: black liquid eyeliner, swooped across my top lids until it ends in carefully articulated wings that flare out past my lash line.

Someone said to me that they thought it was nice that I “manipulated my eyes” to look more Asian for my boyfriend. I was dumbfounded.

Eventually, this boyfriend disappeared into the fray, as high school loves are wont to do. I forgot most of what our time together even truly looked like, but I never forgot the shock waves that the exposure to racism from those two events (among others I chose not to share) sent through me.

I wish I could say I immediately changed my old habits, but I didn’t. I didn’t because I still did not consciously know I was so wrong.

A few years later, I had a crush on a black guy, but I was too afraid to go on a date with him because my social anxiety had me convinced we were too different. Different how, though? That is what I would have asked myself if I could go back in time.

Around the same time that was happening, a friend taught me how to say a very crude thing in Spanish, and I used to yell it when driving through the Hispanic neighborhood thinking I was being funny and making people laugh. Granted, I would do this in white neighborhoods, too. I was pretty much a straight-across-the-board asshole when I was a teenager. That justifies nothing though. I’m ashamed because my behavior wasn’t right.

There is no concrete turning point where I remember saying to myself, “This is the incident that turned around my inadvertent participation in systemic oppression!” There is only the fact that as I got older, I grew more introspective. I started feeling curious as to why the white population is raised to have certain predispositions about people of color, and why this thought process was ever put into place at all. I researched and read, and followed a trail back hundreds of years that, after reading about it, left me feeling drained and depleted.

How do we, as a united people, undo centuries of racism? How do we ever find peace with the past and leave it behind, once and for all, to make a fair and just future?

My inquisitive mind also wanted to learn more about theology, and with great curiosity, I did as much reading on different religions as I could. As I learned about all the ways different people summarize the divine, I saw unmistakable similarities that left me wondering why religion divides us more than it unites us.

My new knowledge about history, religion, and my newfound mindfulness practice busted open the dam, and the realization of how I’d been living up until my mid-20s flowed through me like water. I vowed to start using my thoughts, words, and actions to spread kindness and equality.

I’m going to say what some may be afraid of admitting: it’s not always easy.

Undoing behaviors you have been practicing since birth takes time, and the feelings that come up are complicated. I often wonder why a loving God would create the ability for people to be so hateful based on cultural and pigment-based differences. I struggle to understand why it’s so hard for people to put aside the hatred that divides us to cultivate peace.

I now feel as if the Civil Rights movement and the race riots of the 1960s did nothing to change society. It makes me sick that in 2020, we are still walking on hate-stained soil in the United States.

I grew up enthralled with the passion and the revolution that was the 60s, as many people in my age group did. We looked at it as a Golden Age, when music was still good and there was still something to believe in. We’d wear bell-bottoms and tie-dye and peace sign necklaces and wish that we could have lived then. We dubbed ourselves hippies—you all know the type.

It is all I can do now but to laugh at how that reeks of privilege. To glamourize an era that was trying to change the world. To have no real grasp on what the Civil Rights movement was trying to do, and still use low-key racist lingo in our day to day lives. I don’t know exactly how, but I know now, in this generation, with this revolution: We must ingrain change into the fabric of our future.

A revolution that only rises every handful of decades and is suppressed again is just keeping us on a merry-go-round of racial ignorance. Revolution goes beyond marching in the streets. Revolution is not solved by violence, as that is only causing further separation of the people. Revolution starts in our homes and our hearts. The only way we can bring about change is to be the change and spread the love with our habits, our actions, and our words. 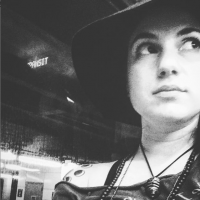 Jessica Yurkow is a writer based out of Monmouth County, New Jersey. She writes about a wide range of topics like self improvement, self acceptance, and living your best life… Read full bio