Heartbreak & Hamilton—Moving on After the Marriage Ends.

Another turn around the sun. Another birthday in lockdown.

I wouldn’t say, “Relatively unscathed” like in previous years, because who’s survived this year without some form of pain, loss, or stress? Or heartbreak?

Last year on my birthday, I spent all day in the sun, enjoying champagne, dreaming of my plans for the year ahead: in the winter, I’d be cradling our firstborn sometime shortly after our fourth wedding anniversary.

But over the next days that followed, I received a polyester dress from Boohoo, a negative pregnancy test, and a barrage of insults after having been ignored for three weeks.

For me, it’s been a year of shock, disbelief, grief, tears, months of therapy, fantastic friends by the dozens rallying around me, infinite help from my parents, reams of notes in my phone of things I’d like to have said, and every attempt at keeping my sense of humour intact.

Oh, and a year of Hamilton on repeat.

I mean, if that’s not an “ego of the age” and a long-suffering Mrs. Hamilton to relate to, I don’t know what is!

I thought about whether I should publish this piece of writing or not, but either way, I felt compelled to write. To write something.

“Write what you know about,” they say. If people can write about the loss of a parent, friend, or pregnancy, then maybe my thoughts on heartbreak might be useful to others as well?

And let’s be honest, no one wants this story in the medium of cabaret, do they!? (Thank me later, friends!)

I must have read hundreds of articles on mental health, childhood trauma, emotional abuse or neglect, divorce, and what constitutes and contributes to all of the above. But at some point, you have to stop before you start to drown. You must start telling your own story.

So this is my first refrain; a testament to [my] pain, because otherwise, I was in danger of continuing to protect and excuse someone else’s behaviour based on all  (or none) of the above, and dismissing my own needs.

Whilst I feel infinitely better than the initial few weeks of despair and cursing to gods I don’t know if I believe in, I’ve actually had a relatively pleasant year; despite the lowest lows, I’ve also had some excellent highs, and, indeed, some just-fine times too.

“No real dramas this week,” I tell my therapist.

If anything, the just-fine times are the nicest ones; a sanctuary in my garden over summer, redecorating the house, clearing out the literal and metaphorical dead wood from my surroundings, taking my bike out in the excellent weather, having the support of friends and family, and being busy with a job I am grateful for every day.

However, I am still, at times, in the eye of the hurricane. No one gets married to get divorced, after all (unless it’s to a douchebag millionaire).

I battle with guilt and regret:

Could I have done more? Seen it sooner? Should I have taken a year’s contract in the West End four days before getting married? Would it have made a difference? Why didn’t I stand up for myself? (Charlotte Gob-Ache Bradford, not standing up for herself? Yes, me.) The list of doubts and worries goes on and on, et cetera, et cetera, ad nauseum.

I have been patronised by people who felt it was appropriate to give a timeline for my grief.

“I can’t wait for you to get over this and be yourself again.”

I’ve had stirrers try to police my despair with platitudes of  “you’ll be fine in the end” just because they’re uncomfortable with the truth.

So uncomfortable, in fact, that they can only offer thoughts and prayers while they go around scratching their heads, wondering what causes troubling behaviour in people they know.

Push[ing] away what [they will] never understand unless they do the required werk.

A teacher at drama school once reprimanded me for conflating heartbreak with grief. Twenty-three-year-old me said I’d never experienced heartbreak; unless you count how sad I felt when my mum’s best friend died.

“No! That’s grief, not heartbreak!”

Even if someone doesn’t die, heartbreak is still grief.

It’s a loss. And an anniversary of a loss like this needs marking just as much as an anniversary of a death. Because a whole part of who you are—who you defined yourself as and the world you were building—died that day with your future plans, the person you married, the family you’d longed to make since you were young. And, in my particular case (because of COVID-19), the theatre industry also shut down.

Add to that: trying to be happy for your friends as they announce pregnancy after pregnancy. (Yet another reminder it’s not your turn—again.) So, sod anyone who says it’s just heartbreak. They clearly have never been heartbroken. Not properly. I mean, it’s literally a broken heart, mate.

But heartbreak is also a discovery. I’m finding who I am again. Finding who I was before an all-encompassing romance.

His words flooded my senses, [his] sentences left me defenseless, from day one to far beyond the wedding day; I relish[ed] being [his] wife

I’m finding my voice again; I’m asking for what I want without being scared; I am free to sing around the kitchen, if I so please, without being silenced.

I’m also finding new ABBA songs to soothe the pain. We met because of ABBA, but that’s another story.

Also, I’m still potty-mouthed, so no f*ckin’ worries there, I didn’t completely disappear!

I’m learning to set boundaries with people who have none and will never be satisfied, learning to be in relationship with myself, learning that everything is cause and effect when it comes to behaviour, learning that domestic abuse doesn’t have to be physical.

I’m applying what I already knew about forgiveness (can you imagine?). Oh, and I’m learning how to reupholster and lay brick walls. (Partly picked skills up in lieu of a man about the house but also maintaining my can-do attitude!)

The first two friends to venture through the back gate in lockdown 1.0 taught me valuable stuff. One came armed with all the alcohol (we continued to drink the cupboard dry that evening). But what we learnt that night was that we still know all the words to Starlight Express, a firm favourite from when we were little girls.

The other friend (sober, also U.N.C.O.U.P.L.E.D.) came with a care package: vegan doughnut, moisturiser, multivitamins, a voucher for a manicure, and a self-help book. But most importantly, she reminded me in January about that little girl—that it’s safe to come out now. It’s safe because the big bad wolf has gone.

I’m not afraid. I know who I married.

So, I’m 38 and feeling great. Well, healthier, happier, and smarter. But I am still bruised and coping with the loss.

It’s my birthday again, so I look forward to another day off in the sun, more champagne, excellent cake, the back gate being open, and a summer of hope, happiness, and Hamilton.

I will never ever get over that incredible work of art and how it’s been both the soundtrack to this chapter of my life and my therapy.

And, looking on the bright side, I’m trying hard to learn the skill of “not thinking too much of the future” (easier said than done when you’re 38 and single), but hopefully, when I master it, it’ll mean that my world won’t burn down quite so ferociously.

And that for someone out there,

I could be enough.

That would be enough. 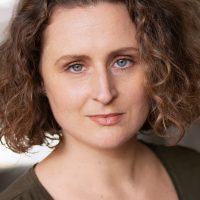