Do You Care about Social Justice? 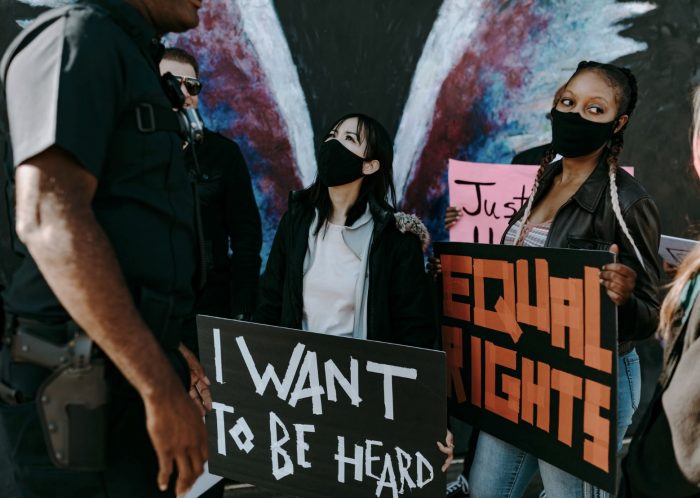 This morning I received a message from an outspoken friend who told me he was glad to see that I have “steered away from politics” on my Facebook page.

I smiled and thought that he must not be following my posts closely since much that I offer to anyone who wants to read it could be labeled political.

Since the election of 2020, my articles have focused on the aftermath.

Heck, I even wrote on a topic that might be deemed political, even though it directly relates to the Royals in Britain. I just haven’t focused on the other guy (Trump) anymore—I don’t want to give him too much air time or power.

A few months ago, a cousin asked this question:

“A political riddle; are you Democrat or Republican?”

You consider yourself an intelligent, kind, and moral person.

You keep up with the news and have come to trust the media you follow. You find that the media geared to the other political party distorts the truth about what is happening or flat-out lies to the public. As a result, you are frustrated that folks on the other side of the political aisle are misinformed or possibly foolish.

You think the government has a variety of things it is supposed to do (e.g.: protect us, provide for certain services), but otherwise should be run efficiently and effectively, and stay out of your life.

You feel that when the other political party is in power, your rights are at best threatened, or at worst, legislated against and trampled on.

You know that the presidents we’ve had over the past few years who were of the other party were terrible, and you have an outright hatred for them.

“Are you a Democrat or a Republican?”

Your response depends on which side of the aisle you sit or if you straddle the middle as an Independent.

I am a dyed in the wool, crunchy granola left of center hippie who is all about human rights, regardless of skin color, gender expression, sexual identity, socioeconomic status, culture, and country of ancestry, or religion.

I am in support of the planet and its sustenance. If mother Earth is healthy, then it is more likely that we as living beings will be. I am not pro-abortion. I am pro-choice. I am pro-life after birth, wanting to be sure that children are cherished, loved, and cared for outside the womb. Pro-life status is all about the right to walk free regardless of said melanin content, culture, and faith tradition.

No one should need to fear for their safety at home or in the street, in a place of business or a house of worship. Life has been taken in all of those locations.

I definitely declare that I am pro-social. I know that showing up, standing up, and speaking out doesn’t make me hateful.

My friend who messaged me has a definitive take on social justice as well. We met via a shared mission of offering free hugs. He has openly spoken about an episode where his strong political beliefs compelled him to act in ways that landed him in hot water. Since then, he has taken an approach that says all sides are valid in their beliefs.

If I am misinterpreting his stance, I apologize in advance. This is merely my observation. I contend that there are times when we need to take sides.

Politics has many definitions. This one is from The Oxford Dictionary:

“The activities associated with the governance of a country or other area, especially the debate or conflict among individuals or parties having or hoping to achieve power: ‘the president’s relationship with Congress is vital to American politics.'”

By that description, I am not merely political but a peaceful, social justice warrior.

I am not in favor of violence unless it is absolutely necessary to protect life and limb. And yet, that could be a broad definition since some who stormed the Capitol building on January 6th would attest that they were indeed saving lives; their own and those who think as they do.

There is such a juxtaposition of thought. While I am horrified at those actions, if I take a peek into the minds of those who felt compelled to be there, I can see their fear and the desire to defend their lifestyle. Fear of loss of power. Fear of minimization as they may minimize others who don’t look, act, and pray as they do.

As I feel justified to protect the marginalized, they cast themselves in that role. I’ve seen memes that communicate that even though white people have felt victimized, it isn’t because of their skin color.

There are some who would loudly protest that because they feel they are pigeon-holed and demonized for being white. I am a white, cisgender, middle-class Jewish woman, which both affords me a sense of privilege and peril.

This past weekend, I attended a small, but powerful, masked up, and physically distanced event called “United Against Hate.” It was held in support of those murdered in Atlanta and Boulder and people terrorized by those who embrace bigotry, sexism, and hatred.

I was moved by the words of the speakers who represent our community. Each spoke out for themselves, their neighbors, and the next generations. They ranged from a pediatrician to an IT professional, from a high school student to someone now running for mayor.

As I sat in the grass, I felt my batteries were recharged after a long year of pain, loss, fear, trauma, and now a sense of hope for the future with the new administration in place.

What if we substituted the word politics for human decency?

>> What if those elected officials in Washington D.C. and our own states looked out for the best interest of all of their constituents, not just those who voted for them?

>> What if they made it easier to vote and not harder?

>> What if they considered the wise words of the iconic Mr. Spock, whose own life was in danger in The Wrath of Khan (1982), Spock says, “Logic clearly dictates that the needs of the many outweigh the needs of the few?”

I am in the solid belief that the needs of the many do indeed matter. We all drink the same water and breathe the same air. Many of us have children in our lives who we love, and for whom we want a safe future.

Where do you stand? What role will you play? On which side of history will you be?

What would you like to tell future generations about your involvement in the crucial issues we face today?