My Friend did not “Commit” Suicide. 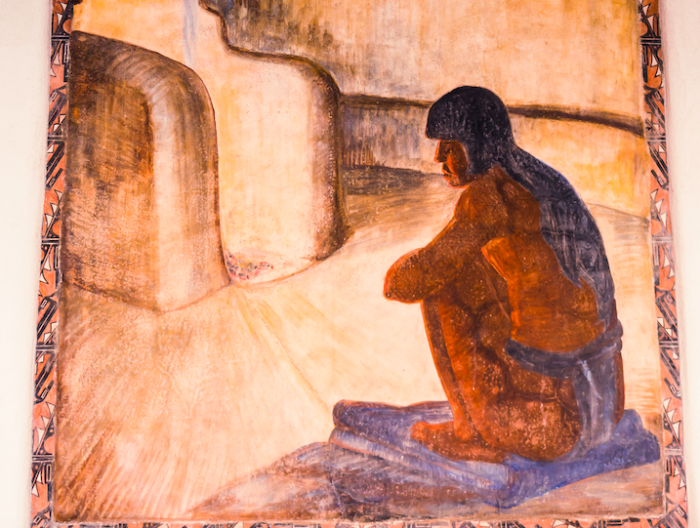 Every time I hear the word “suicide,” I will think of him.

Every time I hear someone say he “committed suicide,” I will take a deep breath and politely explain the reason we no longer use this term.

As a lifelong educator, I chose to pursue my doctoral research on the topic of suicide. Four years ago, I recall my dissertation committee praising my use of the terminology “died by suicide” instead of the stigmatized term “committed suicide.” Although, the impact did not truly resonate with me personally until my friend died by suicide last year.

I cringe at the thought of anyone referring to his death as a personal commitment, or as his personal choice. A commitment is something in which we feel dedicated, or devoted to achieving, complete, or accomplish; such as my own commitment to taking care of my children, my responsibilities at my job, and to paying my bills.

We all struggle with our mental health at some point in our lives, as sometimes depression is caused by a painful life event and will dissipate with time and/or treatment. More than likely, we know someone who struggles on a much deeper and constant level. Are they “committed” to their struggle? Are they dedicated to achieving this level of pain? I cannot speak for everyone on earth who suffers from a mental disorder, but I can speak from a wealth of personal and professional experience.

Most people who died by suicide have significant risk factors, have exhibited warning signs, or attempted to access help in their own way. Does this demonstrate a commitment to their pain? It’s the contrary and the epitome of what it means to struggle. It’s an internal struggle between a desire to heal and an involuntary, dark force.

The internet gives statistics on death by suicide from all over the world and will dis-aggregate these statistics by groups of interest because mental disorders do not discriminate. The statistics cannot show, however, how those experiencing suicidal ideation attempted to seek help or treatment. These are such subjective factors to obtain in research, albeit important for reference to further understand the depths of those in despair.

For those of us who have survived loved ones by suicide, we’ve had those pervasive thoughts of acting and responding differently to signs we may have overlooked when they were most pertinent. I’m writing this because I want the world to understand that those who died by suicide were victims of darkness that consumed their entire mind, body, and spirit. This consumption did not occur overnight or without struggle.

My friend did not “commit” suicide. He was a beautiful human who fought every day with all his might. He was intelligent, kind, and so loving. He tried multiple forms of therapy and even those that people would view as unconventional. My friend was committed to recovery. For him, he searched far and wide for an answer or a solution that could cure his pain. After many years of battle, his mental illness won. I do not believe that anyone could have prevented his death by suicide. His mental illness was stronger than any other force in his life.

How can we help those suffering?

The suffocating and paralyzing darkness that causes suicidal ideation can take over anyone. Even those who appear to have “so much to be happy about.” When expressing this concept to those in pain, it will only further deepen their guilt because they know what and who they have in their life that “should” make them happy.

Those who suffer from depression may isolate themselves because they do not feel understood. They may withdraw from loved ones because their constant internal struggle causes utter exhaustion. They often pretend to be “fine” because they feel it is useless to try and explain something most do not understand.

It can be a challenge to find the right words or actions when we are aware of human suffering. Every person is different; however, those suffering most likely will not disclose feelings or thoughts if they feel invalidated or judged. Our quiet presence in itself can be the strongest source of support. People in pain feel mental exhaustion from just breathing. Silence can be difficult for us since we are so eager to help and solve problems.

Deep depression is not a problem to be solved; it is often part of a mental disorder that needs professional treatment. Continually reaching out and letting your loved ones know you are there for them may be all you can do. Ask them what they need that you can provide. Although they may not respond, they know you are there. Remind them there is 24-hour national text support with a crisis counselor: text HOME to 741741, or call the suicide prevention hotline at 1800-273-TALK.

In 2018, the United States lost over 48,000 people to suicide (America’s Health Rankings, 2021). I am hopeful these alarming numbers are forcing our society to make great strides in reducing the stigma of mental disorders and embracing the severity and needs of so many. I believe the global pandemic has opened society’s eyes to this kind of quiet suffering. “Symptoms of anxiety disorder and depressive disorder increased considerably in the United States during April–June of 2020” (Czeisler, Petrosky, et al., 2020).

I still wonder if my friend would still be alive if we weren’t forced to live in such isolation a year ago.

We need to remind ourselves that the act of suicide is a losing battle. The person in pain could no longer fight the illness. Similarly to those who lose the battle to cancer. Death by suicide is not weakness, it is not a selfish act, and it most certainly is not a commitment to end one own’s life.

In an attempt to offer an ounce of solace to those missing their loved ones who died by suicide, remember they were suffering from misunderstood illness. Illness that invades unfortunate humans to a level that cannot be cured. I believe that all pain is absolved when death takes over the body. No matter what our beliefs are about where our spirit goes after death, that deep, paralyzing darkness and pain are gone.

I believe my friend’s beautiful mind now has the freedom to breathe and smile once again. 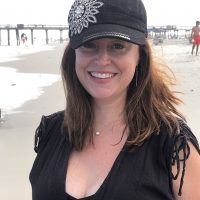 Kristin Devaney serves as a professional counselor. Her research interests include mental health and mindfulness. She is passionate about helping others find their way. Kris i… Read full bio