A Conscious Death Ceremony: What I Learned about Unconditional Love from Tim. 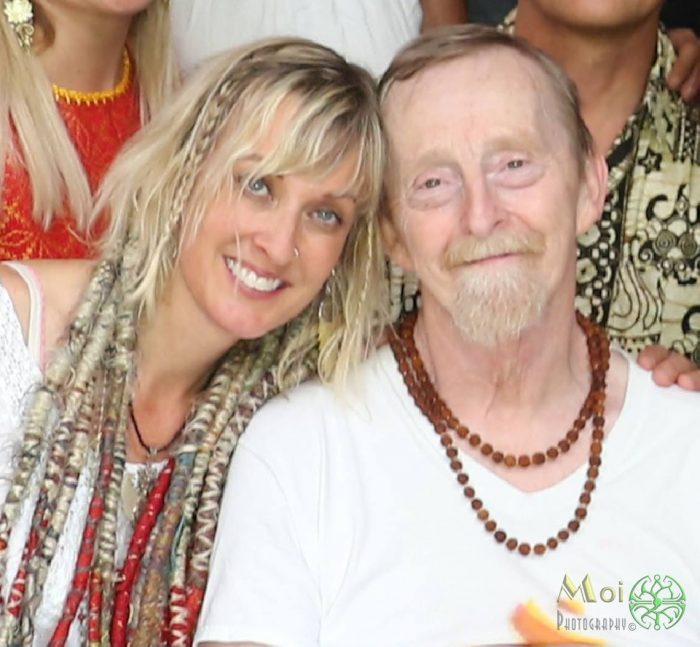 In a lifetime filled with remarkable events, one of my most profound experiences was my friend Tim Ananda’s “going away party” on July 22, 2017.

Under the Death with Dignity Act, surrounded by friends and family, with a supervising doctor on hand, Tim took his life in our backyard temple.

Tim had been living with ALS (Lou Gehrig’s Disease) for a couple of years at that point, and the disease was progressively causing his body to fail. It had started in his feet and was working its way upward, which rendered him increasingly immobile. Facing the inevitable, Tim decided early on that he would choose when to die, before the ALS rendered him unable to draw his own breath.

We talked about it over time. And then he asked me if he could have his death ceremony in my temple. Initially, it was alarming for me to contemplate that Tim would die in my temple. But in the end, it made sense in an honoring way. And indeed, it became a blessing.

From his bed in the nursing home, Tim planned for the ceremony. He set the date and invited 30-some people, all of whom were significant to him. He jumped through all the required hoops to ensure that the legal and ethical requirements were met.

The day arrived, and we gathered in the temple. Tim was wheeled in, spieling his usual irreverent commentary. For some hours, we shared stories and reminisced, sang mantras, laughed, cried, prayed, chanted. And then he drank the medically-approved potion that would stop his body function, commenting on the taste (“they’re never gonna be able to market this stuff,” he said). Soon, his soul slipped away, accompanied by the group chanting mantras led by Tim’s spiritual mentor, Mirabai Devi.

Tim and I have a long history. Six-plus feet tall, with a loud voice and brash manners, he came into my life through my front door in 2003 with a mouthful of profanities. His anger in that moment could have lifted the roof right off of our home. He had just experienced an altercation with another driver, and the fire of fury was moving through his system.

Unknown to me, a mutual friend had invited him to our puja ceremony. We were celebrating my dear friend Mirabai Devi’s newly minted nonprofit organization, and my teacher, Thomas Ashley-Farrand, was leading the puja. Mirabai and I had intended to invite only a small group to the ceremony. But fate overruled, and Tim was magnetized to my home that destined September day. Based on his outburst, I was honestly slightly afraid of the man, and wary of welcoming him into my home. On the other hand, I considered that joining our puja might do him good.

Tim was a big-energy, no-filter kind of guy. You always knew what was on his mind—for better or for worse. He would rarely stop talking. When not talking, he’d whistle. He “fell in love” with all the women in his life. If he found a woman in any way attractive, and she said a kind word to him once, he’d immediately construct a fantasy of a relationship of some sort. He constantly tested boundaries. A lot of people couldn’t handle him at all. He’d show up to my home unannounced on a regular basis, walking into the house, and yes, would poke his head into my bedroom if I were in there. He would hug me and other women more intimately than we felt comfortable with. He never crossed the line with me to where I feared for my safety, but setting a firm boundary with Tim was always a challenge. And lord, could he lose his temper easily! I honestly think he had Asperger’s, so clear was his lack of social awareness. Because of that, I worked hard to not take his brazen actions personally.

With these character traits, it would have been too easy to push Tim away. But had I done so, I would never have received the magic of the medicine that he carried. Tim had a ginormous heart and a savant intelligence. Enthusiastic and full of energy, he freely offered his time, skills, and energy to the people in his life.

Tim was always in the spirit of service and generosity—he was Hanuman incarnate. On his own dime, he would take my harmoniums to Los Angeles for repair and maintenance. He created YouTube videos for Shakti Tribe’s music and flyers for events. He’d create mix CDs for any and everyone, based on what music he thought you would like or in which you’d shown interest in conversation with him. Need a ride to/from LAX? Tim would pick you up in his car. He’d talk your ear off on the drive, but he was always there for you. His knowledge of the Hindu religion, music (especially jazz fusion), and obscure cultural artifacts was astounding. He forgot nothing.

He would bring me a supply of the tea light candles we used in yoga class when we were low, and make his own incense for the temple. His devotion to our temple and our home was superhuman. During heavy rainstorms, he would drive over in the wee hours of the night to set up the sump pump in our yard so that the temple wouldn’t flood. He painted the outside of our home and front fence, laid down floors in the attic, and more. His energy of service can be found in every corner of our home and temple. Who does that? Tim.

As his disease progressed, Tim required more and more assistance. People in our community who had had their own challenges with his challenging personality were now called to be of service to this man who had always achieved his own validation through service to others. It was a big challenge for him to let go of his role of being “the giver,” to change gears and be the receiver of love and service from his community.

I had this big shift in perception. What if Tim, in this incarnation, took on the karma of the “no-filter, hot-tempered, all output-no input” personality as a gift to us, to give us all an opportunity to love beyond our judgments…to love beyond our comfort zone? How do we learn how to do that without people in our life—giving us an opportunity to put our lofty ideals into action?

Most of us at Tim’s celebration of life and closing ceremony shared the awareness that Tim was one of our most important teachers. We all learned how to love more through our individual relationships with him.

We’re all going to miss him more than we could’ve ever imagined. 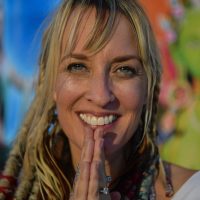 Larisa Stow was born to wake, shake and create a vibration-raising WEvolution in her lifetime. Performing and recording soul-lifting “mantra rock” with her band Larisa Sto… Read full bio

Image: Author's own by Moises Aragon