A Call to all Men: The World is asking for your Strength.

A calling to all men who are ready to feel, to heal, to stand proud, and to protect.

We need men more than ever.

There is a tyranny at play that is hyper self-absorbed and with an aim to diminish those considered or perceived less than.

We need strong and empowered men to fight for truth.

Leaders around the world claim to be diplomatic, democratic, and fair. Are fairness and equity really what we are seeing and experiencing?

It appears we would rather value appeasing people’s feelings, even if there is harm to others, rather than standing in truth.

We are overly “politically correct,” and it is hurting our society. It is making men weaker, subservient, and disempowered.

We are blindly giving our power away to corrupt politicians influenced madly by dollar signs, corporate greed, big tech, big Pharma, big oil, agribusiness, and an agenda that maintains the power centers of these institutions so that the masses are more easily controlled, coerced, or even guided toward a preferred ideology. History reveals the repetition of this system in one way or another and the danger of this system.

Men are being quietly dismantled by being demonized for their qualities.

Some call this conspiracy. I call this an evolution of a runaway repeatable event that is broken and prioritizes self-serving greed over the well-being and equity of people.

We need men of will. Men of substance. Men who can critically think, stand in their power, revere difference, yet not tolerate oppression, and still be in their hearts.

The gift of man is his presence. The world is asking man to be present to injustice, to coercion, to manipulative and systemic functions of a culture that is eating its own flesh.

Perpetuated division by leadership that values separation over transformation.

As men, we are being asked to stand tall. To act beyond the hypocrisy of what is being presented.

To not be reactive, but to listen carefully and simultaneously trust our center.

We must be sovereign in our own leadership first. We must clean our own internal clutter to think clearly and feel openly.

We must explore our own pain, so that we do not project our past into the present. We must work closely with our own shadows as we heal our unprocessed wounds and reveal the best of who we can be.

We are being asked to steward and protect what is ours— our fundamental freedoms.

Who is asking, you may say, and what is freedom?

Quieten your mind long enough to hear the oppressive tyranny stemming from fear and blindness and it then becomes clear. It is not for me or another to tell you what is yours and what is free.

Source is asking men to step forward into their power to be witnessed as kings.

To speak on behalf of those in fear.

To be stewards of an Earth, that is being neglected and burned.

To be a voice for the voiceless.

To be liberators of those who are suppressed.

But it begins with self.

To be complacent is to be numb.

To be numb is to be in avoidance.

To be in avoidance is an act of cowardice.

The men we need are men of clarity and courage.

Men who cannot only survive, but also thrive in a world that is perhaps being dragged toward decline and has been for some time.

There is so much wonder in the world that is being masked by fearmongering. We cannot give in, we cannot succumb and be weak, meek, and irreverent.

Men are being asked to extend the perimeter of what is safe. We have evolved this way.

We have stood for what we value, what is sacred, and what we cherish.

Is this not who we are?

To use our physical prowess, our embodied wisdom, our humbled attitudes from having traversed our inner sanctum and the demons exiled from our hearts so that we may be here to recognize what is causing greater division and suppression.

In order to think clearly, we must be free of the pain of excess fear. We must be diligent and selective with what we allow to enter our senses.

Our world has lost its way. The collective scapegoating, oppression, manipulation, coercion, control, and tyranny are simply a byproduct of a runaway system that has folded upon itself, eating its own tail. Valuing self-interest above other values for long enough that this has now become the norm.

We need men to break these systemic chains. Why men? Why not? It is man who has been largely responsible for the spiritual and cultural crossroads we find ourselves at today.

We must unify. In order to unify, we must own, feel, release, and act.

In order to act, we must relinquish internal judgment, hate, violence, and shame, and we must retain our strength!

“I would rather be a warrior in a garden, than a gardener in a war.” We must know what we are capable of, yet not use tactics of violence as the first means of expression.

To be agile, intelligent, and wise with our arsenal of weapons is the enlightened warrior’s way.

If we continue to allow oppression and not use our voices or standing in society to be seen, because we are scared of the backlash and the overly sensitive or self-righteous, we are playing a game of backward evolution and we will continue to be limited.

We are living in a world where a move toward sense making and critical thinking, the questioning of the status quo is criticized and shut down through censorship, a “better than” attitude, assumption, and belittling.

We must be a stand against this. A difference of opinion to the status quo or mainstream is not wrong. This difference is what evolves us. How we differ in our perspectives matters. And a recognition of our “sameness” is equally as crucial. We are far more similar than we are different. Let’s not demonize our differences.

What man are you ready to be? Will your no be firm and your yes be clear?

Your legacy is not so much what material wealth you leave your loved ones (although this matters too), but more so, what man will you be remembered for? What is your contribution to society?

Man has been deriving his sense of meaning, value, and self-worth from direct relation to his community and tribe for millions of years. This has not changed.

Or will you give your power to hungry men and groups who have lost their way?

One is glad to be of service. 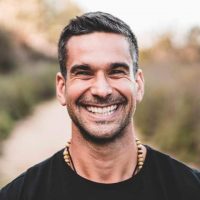 Stefanos Sifandos is a trained educator and relationship expert with a background in behavioral science. He is passionate about leading people closer to their highest potentia… Read full bio