The Secret of the Woman who Gets what she Wants. 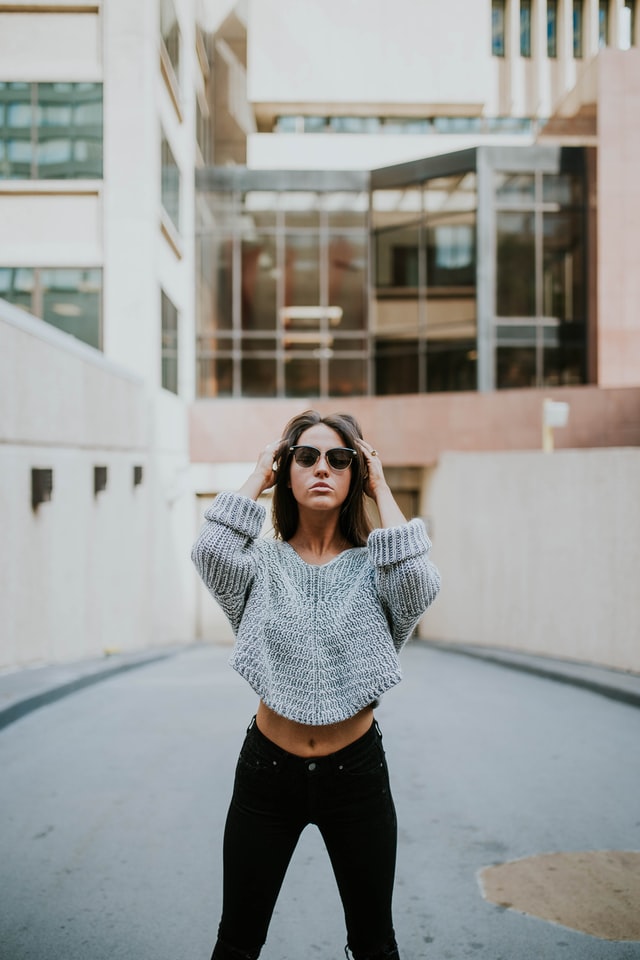 When I was eight, I followed my best friend to take some catechism classes.

She went on and on about God and I thought that if I wasn’t making God part of my life, I would lose her.

I remember the feeling of guilt in my body when I heard this female teacher explaining that Eve, the first woman ever, basically f*cked it up for all of us by biting into that apple.

That was my first contact with a concept of something bigger than us existing, which I found thrilling at the beginning. Until I heard the news—the one of my kind (aka gender) made all the goodness go away because she couldn’t behave, repress her desire, and get back in line so that we all could keep our paradise!

As a child, I believed it and it rattled me.

(I understand now why my mother was not too keen on letting me join the class.)

This is just one of the narratives about women’s desires being dangerous for this world and for themselves.

A second one started with women not having access to medical studies and certifications in the medieval ages in Europe but desiring to help and heal. Without formal trainings but with series of practical experiments, they became healers or midwives. Their knowledge of herbal remedies and their capacity to help women to give birth were used against them during the witch hunt. Many of the witches who were burned at the stake were knowledgeable midwives or healers.

I could go on and on. But let’s talk about the consequences when our desires have been shamed and condemned over and over again. I see it in my practice every day. I ask women, “What do you desire?” They tell me what they don’t want first. And their “don’t wants” are tied to an emotion from anger’s bandwidth—from frustration to rage.

And if female desire has been tamed and shamed, female anger has been made unavailable.

Anger in public for women is as judged as sadness and tears for men.

A good girl is nice and boys don’t cry. An angry woman is crazy; a crying man is weak.

We just witnessed another colorful example of that during this presidential electoral year in France. Last week, this is how TV commentator Guillaume Bigot illustrated the radicalism of the female candidate of the greens: “She is the green craziness, a kind of menopaused Greta Thumberg!”

Angry being a “no-go,” women usually default to these two strategies when it comes to their desires:

1. Accommodating others desires first, hoping others will know how they feel and what they need, too, and then give back.

2. Doing it all by themselves.

Which doesn’t work because: when you bottle up your desires, they don’t go away.

When you accommodate others’ desires first and secretly hope they will guess yours and fulfill them as well, you sign up for disappointment—because they won’t. “If they really loved me, they should know” is too much of an expectation.

When you climb a mountain all alone, it’s depleting.

If you look at it like a series of equations, it’s clear the snake doesn’t offer apples anymore as it’s busy biting its own tail:

Society: female desire = no good, shamed (slut, needy, too much)

Me as a woman and my adaptative responses:

1. Bypassing my desires = accommodating others’ desires instead = hoping they guess and they fulfill mine, but they don’t = resentment

2. Doing it all by myself = depleted = resentment

Can you see why you spin? There’s nowhere to go in a structure that made women wrong for wanting things in the first place.

Let’s see how you can make a few walls collapse to change the outcome.

1. Acknowledge your desires are valid

The first thing we have to reclaim is the sense of legitimacy of our desires. Easy? Not that much after centuries of control through shaming.

You have to bring awareness to all these pivotal moments:

>> when you take pride for doing a lot with very little, or not needing too much, or not wanting

>> when you judge your desires as too superficial, too big, or not that important

And reframe your thoughts to claim your desires, all of them, as legitimate.

2. Getting ready to receive

Wanting more isn’t doing more. Physiologically, it’s keeping your nervous system regulated when you acknowledge the wanting and when you receive.

Most of us are more comfortable building some capacity for resilience and battle instead of building it for pleasure.

I see many women who start to shift and meet their desires, experiencing a contraction. Their nervous system freaks out because it’s not used to it. This feels unfamiliar and unsafe. So they step back or they sabotage.

One of my teachers calls this phenomenon a victory hangover. It’s basically your nervous system adjusting to your “bigger” size, to you taking more space.

So “to grow” you have to accept those phases as temporary adjustments.

3. Being clear your desires are not adaptative responses

Before deciding they become your north star, you want to be clear about them belonging to you.

True desires contain an “I want” flavor. They are generative.

Conditioned ones are more like “I should.” They are fear-based.

>> I made tons of money so I have to give to charity. (Otherwise, I am perceived as greedy; that’s conditioned.)

>> I made tons of money and I want to give to that cause. (Because it matters to me; that’s generative.)

Keep only your own true desires on board.

4. Your desires are the guides

Choosing to be guided by your desires is a rebellious act against millennia of conditioning and it’s not easy.

Some men and women around you are not ready to see you stepping out of accomodating and will challenge you. There will be this constant battle. Your desires against others’ (family, culture, society, religion, and so on).

Between the first step, acknowledging your desires and feeling legitimate about them, and the last one, taking actions to go for them, there is this tricky in-between stage.

The stage where you release the steam from the pressure cooker and break the vicious circle building up more anger.

When it comes down to power, the shift is always happening when you relate. When you create the bridge between your inner world and the outside world. When you give to others the opportunity to respond and nourish you.

This bridge is the materialization of your wants in others’ reality. It’s simply made of direct and clear communication.

Silence is unclear—so is complaining. Complaining is the acknowledgment of your wants being lost.

Instead, voice your desires. Express them. Ask.

This is how to extract your desire from the shame box and transform it into power.

The anger will dissolve, but yes, raw vulnerability will arise. Chances are, for the reason we mentioned before, you were well trained not to ask. It’s exactly why “just ask for what you want” is not enough without the preparation around the desire piece.

This is the effective process to get you where you want to be. This is how you extract the desires from the shame box and turn them into power. If it feels tender, you can look for a professional to help you along the way. It is worth it.

A woman who feels legitimate with her own desires and communicates about them clearly finds the support she needs to take actions.

And I hope she bites down strong on this goddamned apple!