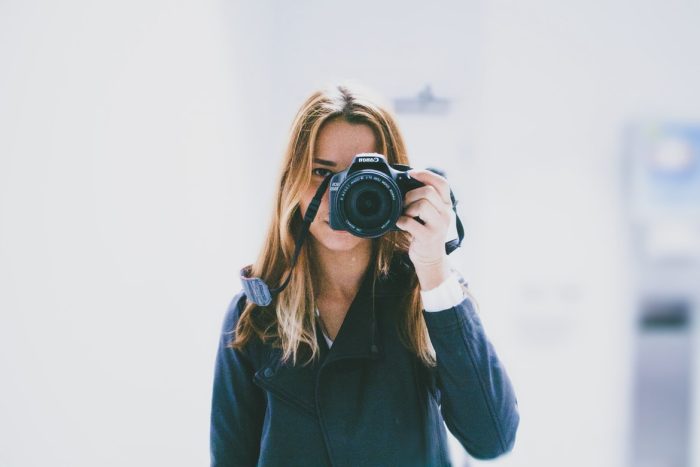 It was spring 2020 when I first experienced astonishment while staring at row after row of empty shelves in the grocery store.

The pandemic had begun to cast its ominous shadow over everything I once took for granted. After some period of internal grumbling, I learned to substitute for items I once thought I could never do without. Eventually—after two months, six months, or maybe it was a year—food was plentiful once again. “Normal,” as defined by fully stocked store shelves, had returned to my world.

Alas, that “normal” was disrupted once again several weeks ago, as I faced down another startling expanse of bare shelves at my local Target. Irritation quickly set in as my hopes for getting my favorite boneless buffalo chicken nuggets evaporated right in front of me.

My world view lens was zoomed in pretty tight at that moment.

I’m happy to report that I recovered pretty quickly. I mean, it’s not like I wasn’t going to eat that day. Or the next day. That’s the reality for an awful lot of people in the world. Nope, for me, I only needed to make a monumental commitment to the quite adequate alternative of crispy chicken tenders with ranch dressing.

Truth be told, they were pretty awesome. But I digress…

I try hard not to beat myself up when I am knocked sideways over some mundane, trite thing. Like when my Wi-Fi slows to an excruciating speed and interrupts my Netflix program with that irksome buffer wheel. Or when someone doesn’t respond to a text in (what I consider) a timely manner. Instead, I zoom my lens out a bit and consider what else might be going on in the world.

But there is so much going on in the world…

I could focus on what it might be like to live somewhere in the United States where drinking water is contaminated. How is that even possible? In the U.S.?!

I could focus on what it might be like to be a young black man in the U.S.

If I zoom the lens out too far, an undertow of hopelessness quickly threatens to suck me right under. I react by beating a hasty retreat back to my big decision about what kind of chicken to have for dinner. Retreat is, after all, so much easier than thinking about all the people in the world who are struggling, or all the terrible things that are happening, whether just down the street, in the nearest large city, or in dangerous and violent pockets throughout the world.

Deep down, I really do want to save the world. But I can’t save the world, nor can I even control most things in the world. In fact, if I am totally honest with myself, I know that the only things I can really control are my own actions and reactions. As I adjust the lens again, I consider how I can best impact the very small world in which I exist.

I had such an opportunity several years ago. A good friend’s life turned upside down in a few short minutes when he suffered cardiac arrest after finishing an exercise class at his workout studio. The loss of oxygen to his brain proved devastating. Adding insult to injury, the pandemic shut down his rehab just as he was regaining his ability to speak and walk independently. The friend I once knew, gregarious, loud, funny, and always cheerful, appeared consigned to a life that I’m not sure I could tolerate for myself.

My projection, on top of the fact that I’m a recovering codependent, caused me to zoom my lens in too close on someone else’s life. I was determined to do whatever I could to help my friend and his partner. Truth be told, I could not cope with the idea that this freak accident would mean he would spend the rest of his life unable to speak. Before, he was the quintessential extravert, and speaking was a prominent feature of his livelihood.

So, I donned my hero cape and offered to work with my friend to help him regain his speech. I envisioned myself picking up where rehab left off. Having recently retired, I could spare the time, and my mission became very important to me. I would come once a week and work through the speech exercise with him. I had once joked that I would be my friend’s retirement coach. Now that he was in forced retirement, the opportunity to fulfill that role appealed to me, even as the circumstances had been drastically altered.

My vision for this effort pushed my lens out of focus. Practicing the muscle mechanics involved with speech, while wearing a mask and maintaining appropriate distance, proved to be more than I could manage, even with my traditional perseverance. Plus, there were days when my friend just didn’t have the motivation to put forth the effort.

The pandemic’s relentless advance forced a hiatus and allowed me to refocus my lens. After about six months, I returned for a visit, only to discover that any hope of a full recovery had evaporated. However, by adjusting my lens, I could appreciate my friend’s joyful spirit, which was still strong and active, despite significant physical limitations. I could also see how my just showing up and visiting was more than enough. Both my friend and his partner had adapted to their new normal in a way I found inspiring. The least I could do was keep my own lens focused on that huge accomplishment, rather than how I wished it could be.

It’s now been almost two years since my friend returned home and the pandemic first emptied grocery store shelves. I continue to practice adjusting my lens. A mutual friend, also retired, now joins me, and he adds to the positive energy. As we arrived for our most recent visit, our friend welcomed us with a joyful roar and huge smile. His partner shared that he had been eagerly anticipating our arrival. I could tell how he had really improved at using a device that helps him to communicate. This device allows him to be a more active participant in conversations. Prior to our arrival, he had typed out his nickname for me: “Russellmania.” Even though he can no longer yell it out in greeting, the device can speak it for him and that makes me giggle.

As we got ready to leave, my friend’s partner asked him if there was anything else he wanted to say to us.

He slowly spelled out F-U-N.

In that moment, my lens came into perfect focus. 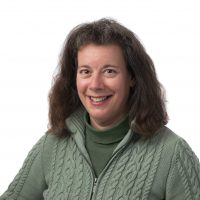