What’s a Self-Respecting “Libtard” to do when she enters the Comments Section? 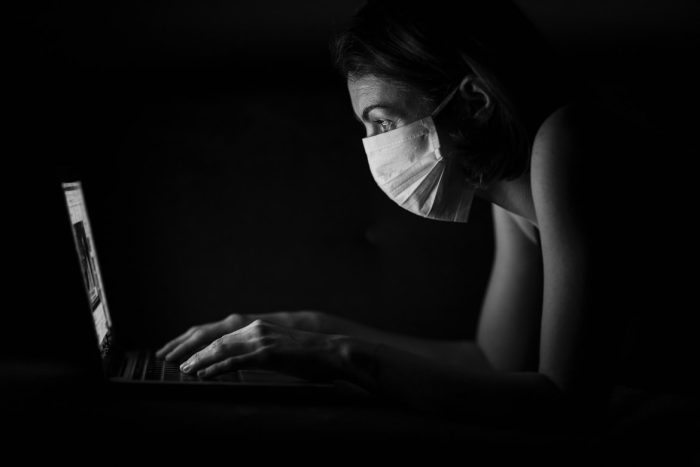 I prefer to call it social justice orientation.

Things like voting rights, environmental sustainability, people’s right to love who they choose, their right to embody their true gender, the right to be safe in their skin no matter the amount of melanin it contains, history truth-telling, and election integrity matter to me.

I don’t hide my worldview by any stretch of the imagination. My car is a rolling billboard with hippie bumper stickers on it, reminding people that “Arms Are For Hugging” and “Hate Has No Home Here.” Signs in my yard broadcast the same sentiments, along with “Black Lives Matter,” “No human is illegal,” and “Love is love is love.” Anyone looking at them, who clearly stands on the other side of the political fence and are unwilling to climb over, may roll their eyes and place a “libtard/socialist” label on me. It’s happened with greater frequency since the election of 2016, mostly because I’ve dared to speak my progressive mind.

I express my thoughts succinctly and without name-calling, although, believe me, I am tempted. I tout my credentials as a career psychotherapist who has had a glimpse into human nature, psychological motivations, and emotional trauma.

Admittedly, I have my biases. I think all people who are born into this world, planned or not, should be wanted, loved, and well-cared for. I am not pro-abortion. I am pro-choice. I don’t think anyone, whether or not they have a womb, has the right to tell another womb owner what they can do with it. The granddaughter of Russian-Jewish immigrants—who came to America to flee persecution in their homeland—supports those who come here, documented or not. Who knows the mechanism by which my ancestors arrived on these shores? All I know is that had they not immigrated when they did, around the time of the Holocaust, I might not be here writing these words.

As a journalist, I am grateful that I have the freedom to express these views. Thank you, Elephant Journal for offering a platform for all the years I have been writing on the site.

Even when I am not engaged in writing professionally, I feel called to respond to posts from other writers. Recently, I read a piece from the Washington Post about the truckers in Ottawa who are exercising their right to protest COVID-19 vaccine mandates, stemming from a requirement by both the United States and Canada for truckers to be vaccinated when crossing the border. They have created a blockade with horns blowing at all hours. Attempts to move them have failed. Just like here in U.S., they are saying that the government has no right to force a vaccine on them and threaten their livelihood if they refuse.

It is a conundrum, since I don’t like the idea of vaccine mandates either—if the choices people make not to get vaccinated only impacted on them. In that case, I would give protesters high fives and two thumbs up. Unfortunately, it doesn’t only affect them. It affects anyone they might infect. It affects the health care system that is stretched beyond its limits. The longer people hold out, the longer the pandemic will linger.

My comment was, “So, the crazy is not limited to the U.S. These people are exercising their ‘freedom’ to block traffic, disturb the peace in their communities in order to endanger others and themselves to attempt to prove a point. I wish mandates weren’t necessary. I wish people would see beyond their misinformed fears and be socially responsible.”

The volley backs were swift. Some were in agreement with me, others, not so much.

“It seems the crazy is a whole new pandemic. Copycat protests are popping up everywhere, including here in Aotearoa.”

“They can, and should be arrested for blocking traffic. If this was the US, the government can still take action. The First A doesn’t protect you here in that situation.”

“They are standing up for freedom. We know you liberals would rather live in a socialist country.”

I then asked that last commenter to define socialism. His response was “National Socialist German workers, Russian Socialist Democratic Labor Party, United Socialist Party of Venezuela.” I again requested that he define the word. Crickets.

Someone else chimed in, “Let’s Go Brandon,” an anti-Biden political slogan, to which I responded, “I’m so sorry you feel a need to lower yourself and show your true colors. This article has nothing to do with American politics.”

The man who accused me of being the abhorrent socialist re-joined the conversation. “I feel he has every right to do what he wants and don’t need a liberal to tell him what to do. BTW So, which one of the socialists I mentioned are you?”

I was then encouraged to “get some help.”

Retreating to the shelter of my own page, I posted this request:

“Remind me to stay away from commenting on articles that have anything to do with any controversial topic unless I want to read comments that tell me I’m a libtard and/or socialist, and which support people who are taking a stand that is harmful in the name of freedom of speech. Oh, and a Let’s go Brandon cheer for good measure. I asked each one to define their terms and they just doubled down on their statements. Oy vey. On the flip side, it makes for good article fodder.”

My helpful friends had this to say.

“It’s knowing where your comments will get a degree of respect. I’ve set off a few comment wars. I shake my head and move along. Just say, Thank you Brandon!”

“I read the comments first, then decide if anything I contribute will be heard or understood. I’ve been called all those things, and I will always be a proud Libtard. I don’t have the patience or desire to attract that energy. The biggest lesson I have learned in the last year is not everything needs a comment. The voices are the pulse of our ‘society’ and it’s scary sometimes.”

“I’m starting to avoid reading any of the comments on PBS, New York Times or any article that is full of accurate/factual information. I read the article and move on…most of time. Once in a while I comment and then regret it.”

I would love it if we had the luxury of a live and let live, agree to disagree paradigm, but we don’t. I know that what I do affects you and what you do affects me. I know that every decision I make has an impact on everyone on the planet.

If I smoked (which I never would), my exhalation would be inhaled by anyone near me.

If I drove 80 miles an hour because I felt like it, I would be endangering everyone on the road.

If I took something that didn’t belong to me because it appealed to me, I would be depriving someone of what is rightfully theirs.

I ask myself if what I am about to do is constructive or destructive, not only for myself, but everyone I encounter.

If that makes me a “libtard,” then it is a characterization (but not a word) I embrace with open arms and the mindset from which I will always show up, stand up, and speak out.