Experience the Power of Holding Space …
In #1 Best Seller: “All For Love.”
& watch Healed By Love FREE with book purchase >>

Experience the Power of Holding Space …
In #1 Best Seller: “All For Love.”
& watch Healed By Love FREE with book purchase >> 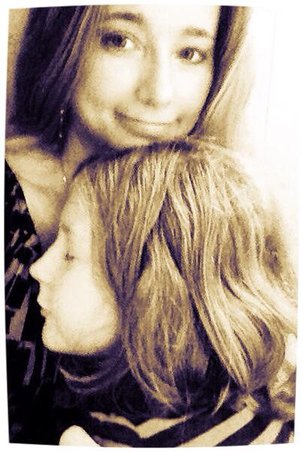 Light filtered gently through the ancient windows in our small bedroom—touching our eyelids, delicately prodding us awake.

This morning was so different from our usual jump-out-of-bed, alarm clock blaring, my-sister-hid-my-shoes, normal routine. Raw, wondrous potentiality tinted the atmosphere of the day like a filter. We opened our eyes at the same moment, smiles already plastered on both of our faces.

I wasn’t exactly sure what time it was, or really even what day of the week it was due to jetlag, but I did know that it was the morning of Abigail’s 10th birthday.

I knew that, before the sunset on this day, the birthday wish that had started this entire adventure to Paris would come true. My oldest daughter would stand before her favorite painting, in her favorite city and behold the Mona Lisa with her very own eyes.

It was going to be one of those perfect days.

“I’m starving,” Abigail said, waking up and placing her breakfast order all in the same breath.

We had been dreaming about our first croissant in Paris for weeks.

We were out the door and perched on barstools at our new favorite café moments later—Abigail sipping chocolate chaud, me gleefully clutching a quad-espresso. Both of us devouring the most delicious, buttery croissant ever baked. We savored every morsel as we hatched our plans for the day.

Because our Saint Germain des Pres apartment was set in such a central location, almost every Paris landmark was within walking distance. Abigail traced the path to the Louvre—over the stone, 19th century Petite Pont bridge, down two blocks, and voila. A short, ten-minute stroll and we would be there.

A warm, July rain finished right before we began our walk. The smell of rich, concrete-laced petrichor lingered—exotic. I could taste the flavor of Paris in my mouth, roll it around on my tongue. I looked down at my daughter’s face and saw the Seine River reflected back at me, shimmering in her eyes.

According to our map, the museum occupied 100 acres, impossible to miss, especially on foot. After 45 minutes of circling the same beige stonewalls, I realized that either the map was wrong or there was some kind of magical, invisible entrance to this fortress-of-art that I was missing.

In fact, the Louvre is so massive that is does not immediately register that what you are staring at, walking around, is one ginormous building. It confounds your mind. Also, there are no giant “Hey you—This way” signs.

I took a breath and opened my eyes. Really opened them.

I watched the ebb and flow of pedestrians, began to feel the movement of the crowd, and it was then I noticed that the majority of the people with camera bags slung over their shoulders were heading towards a tiny gap between what had seemed like solid limestone walls just a moment before. A spot we had walked right by at least four times.

“Ugh,” Abigail groaned, when I told her to turn around again.

“Have faith, Babe. I feel it this time,” I smiled down at her and decided to ignore her tired, tween eye roll.

Moments later, we passed through the small entryway and into a light-filled courtyard. The crowds’ energy was purposeful now. We followed the direction of excitement.

Triangular water gardens, jumping fountains, bidding us forward like happy ushers. We both gasped when we saw the glass pyramid entrance.

On the insistence of my cousin, who had just been in Paris with his bride for their honeymoon, we had purchased a Paris Pass that gave us access to the Metro, all of the major museums and priority access. Which meant, theoretically, we should be able to bypass the impossibly long serpentine line of tourists waiting to get into the museum.

“See that fountain?” a friendly man pushing a stroller motioned to a point half way down the line. “From that spot, it’s about a two-hour wait. But, at least the rain stopped.”

I decided to head towards the entrance marked “special tours only,” the one with only a ticket taker standing guard. We were welcomed right in.

Moments later, we were descending into the heart of the museum on a long escalator. I looked up and traced the glass blocks of the pyramid’s ceiling as my body went down at what felt like an exact, opposing angle. It was odd and beautiful—like I was feeling math.

We began in the “touching room,” then moved on to sculpture, antiquities—then, finally, the paintings.

Raphael and Michelangelo. Our mouths gaped in awe, stupidly, because there were no words. Delacroix, Rembrandt, Vermeer.

After hours of beautiful wandering, Abigail turned to me and said, “Let’s find her.”

Electric tingles of excitement shot through my body, starting from my heart and ending in my fingertips as she grabbed my hand and tugged me forward.

We began our ascent up the marble staircase to meet La Joconde.

Half way up the steps a young boy, perhaps seven, grabbed Abigail’s arm and exclaimed in English, “You won’t believe how small she is!”

Abigail smiled quietly and kept walking. Her passion for Da Vinci, his inventions and paintings, was contagious. It had grabbed me by the collar and taken me half way around the world. She could ramble off the exact dimensions of the painting in her sleep.

Masses of people swarmed at the center point of the room, cameras held high with outstretched arms, crowds pressing tightly together to get as close to the painting as possible. Another tourist looked over at me and said, “You’re going to just have to go for it.”

I pushed my way forward, clutching a handful of Abigail’s shirt so we didn’t get separated. Even just a few feet from the painting, it was difficult to see over the heads and arms of so many.

My muscles strained as I lifted my tall daughter off the ground with all of my strength. She wrapped her legs around my waist and sighed.

I felt delight run through her when she locked eyes with her beloved Mona Lisa.

I grabbed my camera to capture the moment.

I heard the still quiet voice in my mind, the one that is always right about things of importance, say “note the time.”

It was the exact moment of Abigail’s birth.

We had somehow, without forethought or planning, managed to arrive in front of the painting at the actual moment she turned 10. How could such divine timing be coincidence?

What are the odds, I thought.

Abigail said, “It is really and truly like magic, Mom.”

We slowly walked out of the gallery, buzzing from the high of all that we had seen, experienced and felt. We paused for a moment at the bottom of the escalators, taking it all in.

This is what faith looks like, I thought. This is what it looks like when you want something with all of your heart and you actually get it.

She wrapped her arms tightly around me, and turned her face to rest gently on my chest, right over my heart.

Relephant bonus: “A copy of the Mona Lisa painted along side Da Vinci by his apprentice. Unlike the original, however, the paint was preserved showing what the famous painting would have looked like in 1517.” 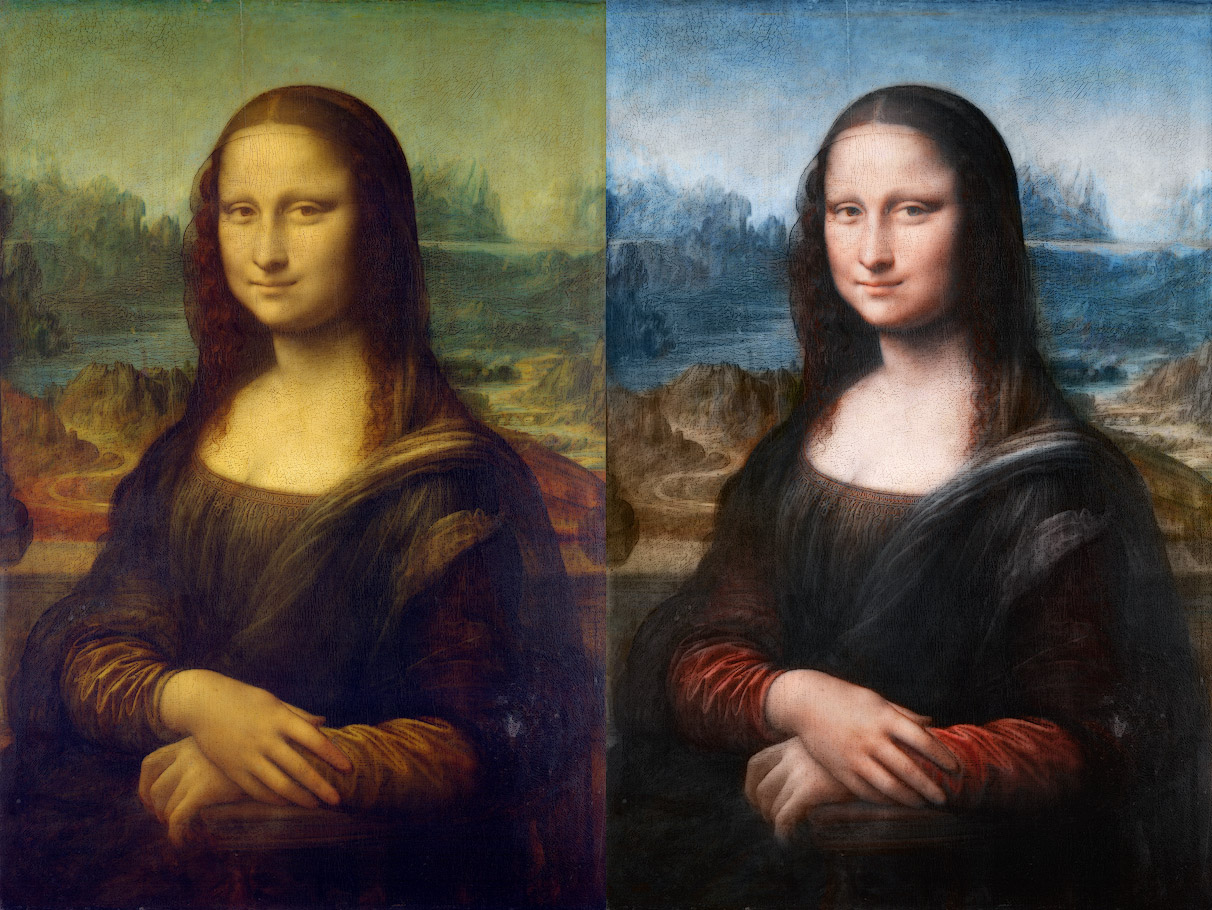 Read Part One of Abigail in Paris

Photo: Provided by the Author 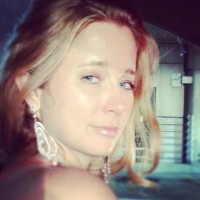 A Pema Chödrön Quote for when People Annoy the Sh*t out of Us.

There’s a Cure for Addiction—& It’s Not what You Think.

Billy Manas is a poet, singer-songwriter, and truck driver. He writes about addiction, h…