To Parent or Not to Parent? The Big Question for “Conscious People.” 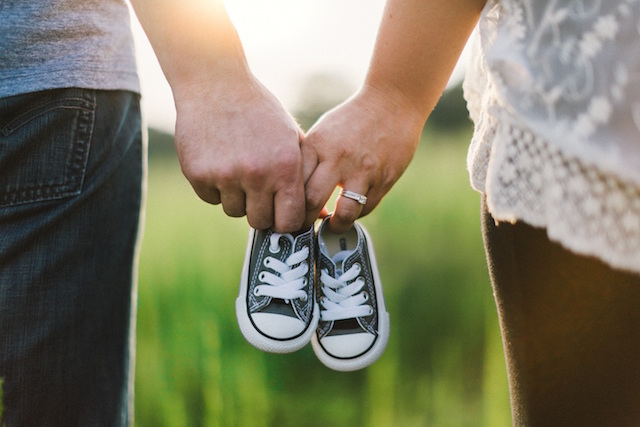 Parenting is a hot topic for me. I’ve always felt a calling to be a father, and being around children gives me joy. At the same time, I’ve chosen to dedicate my life to self-development and personal growth. Are these two choices compatible?

As time passes, I realize that I will soon need to make a decision on whether or not to have children.

I am sure that many of you have asked yourselves the same question:

What should I do? Have a family—be a father or a mother—or not? Will parenting be compatible with realizing my dreams and fulfilling my life mission?

There are thousands of people around the world who just do what their social and cultural context asks them to do, which in most cases means marrying and starting a new family. That’s perfectly fine. Yet for many of us, that traditional model doesn’t work anymore. We feel that we have the right to decide on such an important choice, and parenting becomes one of our big life questions.

Obviously, the choice of having children is also influenced by external factors: money, health, having a partner or not. But at the end of the day, the fundamental question is still the same: do we want to have children, or not?

(Note: I’m intentionally skipping the topic of adoption. It’s simply too complex and deep to fit in here).

The Dilemma of Parenting for “Conscious People.”

For people who have chosen to dedicate their lives to spirituality, healing or personal growth, the issue of parenting can become even more pressing. Having children is a life-long project and, as rewarding as it is, it requires large amounts of time and energy. But spiritual work and personal growth also require time and energy—usually lots of it.

Ironically, even when we seem to have reached some sort of decision, life has a way of testing and twisting our intentions. We might “decide” to be a mother, only to realize that we can’t find the person to do that. Or, we might feel that parenting is not for us, but we happen to be madly in love with someone who wants to have a baby—with us!

Looking Above the Maze.

Is there a way out of this labyrinth? I think so. All labyrinths look much less complicated if we get a chance to look at them from above. Often, our incapacity to take a stance before the big choices of life (Should I have children? Should I settle down? What career should I choose?) comes from our inability to zoom out and “look from above.”

When we feel pressed to make a life-changing decision, we can become fixated on that particular situation and lose track of the bigger context. We  look at our current predicament as if it were the only relevant thing in the universe. We feel that it all hangs upon the choice we make today—to have a baby or not, to buy that house or not, to move south or not.

In those cases, when there really doesn’t seem to be a way out, it may be wise to try to zoom out, and see our life in the context of everything else that is happening on earth. From that vantage point, things look a bit different. We may realize that, in the bigger scheme, there need to be people who decide to have children (obvious, right? otherwise we would get to extinction pretty soon), and there also need to be people who do not have children.

I want to give you an example from my own family.

The Story of Uncle Sirius.

My mother has four brothers; two of them (plus my mom) have had children and set up relatively happy families. Of the remaining two, one unfortunately suffers from a severe condition that has rendered him incapable of leading an autonomous existence. The other, Sirius, is single and without children.

Sirius is the pillar of the family. He is the one who, over more than three decades, took care of the sick brother and my grandmother. His role in the family is so critical that I wonder how we would have managed if he had had a family of his own to take care of. We are all full of gratitude and admiration for Sirius, and he’s always been one of my strongest role models.

I’m not saying that Uncle Sirius consciously chose to be in the position to take care of his old mother and his troubled brother—maybe he would rather have had a wife and children. But the fact is that things did not go that way. Destiny? Fate? Luck? Sometimes, what life and the universe requests from us isn’t what we would expect. And yet, from a higher perspective, it is all as it should be.

Society usually favors one choice over others, which doesn’t help anyone. Imagine a country where everyone is encouraged to be a farmer. After all, farmers are essential, because they produce food. Still, there’s also a need for carpenters—maybe not so many as farmers, but still a need. Carpenters wouldn’t have time to grow their own food, but they would use the extra time and energy to build houses.

Now, in that country, if you had a natural inclination toward woodwork, you might seriously question yourself, and perhaps you would decide to be a farmer out of social pressure. You might then mould yourself into a good farmer, but probably not a happy one.

Paradoxically, even naturally inclined farmers would suffer social pressure. They would be considered trivial, uninspiring and unoriginal. People would think that farmers chose their profession out of conformism—not passion.

Isn’t that similar to what happens in our world, where people with families are the “farmers” and people without are the “carpenters?” Aren’t both equally important and needed?

Which, coming back to our question, would translate like this: whether we have children or not, aren’t we equally important and needed?

Being Part of the Big Adventure.

When we are faced with such an important decision as having children or not, the best thing we can do is ponder it well (to the best of our abilities), and then make a choice. After that, we should probably relax, knowing that things will go exactly the way they should.

In conclusion, if you’re setting up a family, great—the world needs that. If you’ll spend your life traveling and telling stories, wonderful—the world needs that too. If you’re gong to be a celibate and spend the rest of your life meditating in a reclusive spot, please do—that’s important as well.

Whatever we choose to do with our life, we are all important. We are all part of the big adventure of the human species, moving toward more consciousness, harmony, love and peace on this planet.

Raffaello Manacorda is an international Tantra teacher and faculty at the International School of Temple Arts (ISTA). Coming from a background of radical political activism, h… Read full bio