Guardian Angels Where you Least Expect Them & A Lesson in Paying it Forward. 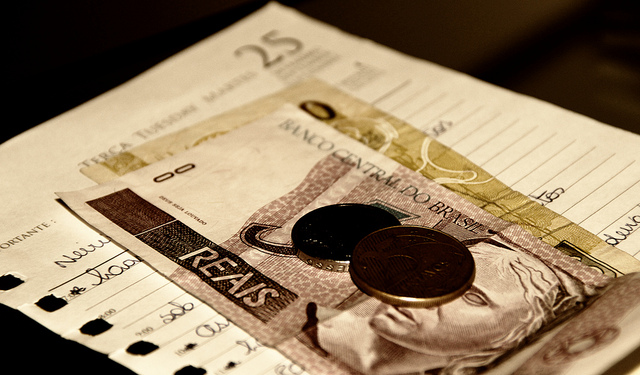 We meet many people every day. Some are kind, some may not be our favorite crowd and some are our “angels.”

Our angels are the people around us who serve us in benevolent ways, for a short moment or a longer period of time. They come in all forms and size, even pets or other animals, and they help or touch us in ways that feels significant to us.

When I think about angels, I immediately think about the policemen who stopped and dragged one of my friends off a bridge many, many years ago when she had wanted to jump. In an article describing her experience, she refers to him as her guardian angel. It touches me deeply that without him, she probably would not be here anymore.

It is easy to refer to this policeman as my friend’s angel—someone who showed up just at the right time to rescue her.

But what about those who do not fit our idea of what human angels should look like? Do they really come in all forms?

For instance, I found out that another friend of mine once fell onto railway tracks while being drunk as an adolescent. Given her level of intoxication, my friend did not even recognize the danger she was in. Her companion, who was more sober, jumped onto the railway tracks to try to get her away from danger but because my friend was so drunk and not cooperating, her companion could not manage to lift her up to the platform by herself. As incredible as it sounds, two neo-Nazis—the only other people who happened to be at the train station—came to the rescue and helped get my friend to safety.

My friend, then a “leftie” punk rock girl, was probably everything these two neo-Nazis hated and it is safe to say that that the feeling would have been mutual had my friend been sufficiently conscious of what was happening.

It was strange for me to hear this story from her youth. I was so relieved that I felt a lot of gratitude for her rescuers, as much as I disagreed with everything else they stood for. Without them, who knows if she would have survived.

I cannot quite bring myself to calling these politically misguided individuals my friend’s guardian angels, but the truth is, she might not be here with us now if it wasn’t for them.

It is important to remember that many people help others in less dramatic ways. One does not need to save someone’s life to be considered an angel for them.

Case in point: I met two human angels the other day—a man and a woman. Sitting at the table next to us, they were regular customers in a not-so-regular (vegan) restaurant. It was also a not-so-regular day (Super Tuesday, a major day in the voting for the US presidential candidates) and people would frequently check their phones for the voting results.

My husband and I were still on the main course when their vegan cheese cake arrived. I wanted to know if we should order it, too. In fact, I secretly would have loved to try the cake from my neighbors’ plates but I was also realistic enough to know that that was not going to happen. So I tried to catch a glimpse of their plates as they were being served.

The woman must have somehow read my mind. Suddenly, both of them showed us their plates. “This is the cake with strawberry sauce.” “And this is it with blueberry.”

Like a good friend might do, the man encouraged me to try his desert before he would.

Not wanting to over-extend my welcome, I cut off the tiniest bit of the cake I could. It tasted as I expected it to taste—heavenly. The man gave me a disapproving glance and told me that I had taken too little of the yummy cake. That is when I started to feel like I was at a soul family dinner. Meanwhile his companion got two extra forks so my husband and I could taste her dessert as well.

Eventually, we all went back to enjoying our respective food.

Then the woman stood up. She went up to a man who was sitting at the bar and tapped him on the shoulder. “He will take care of it.” She pointed at her companion at the table.

I was confused but then realized that the sunglasses-wearing man from the bar had issues with processing his credit card.

The man with the sun-glasses looked stunned and was beyond touched by the offer. He then came over to her table. His gratitude filled the room and I was treated to the beautiful sight of two apparent strangers embracing each other.

It seemed like those involved felt that this had not just been a random encounter. One of them remarked that they had been brought together for a reason.

The man with the sunglasses wanted to know how he could best pay them the money back. The other man generously waved his hand, telling him it was fine. He asked to pay it forward instead, to do the same thing for someone else in the future.

It was an inspirational and eye-watering encounter and it got me thinking–-paying it forward is something we all can do. I know that when someone does something nice for me or people I care about, my tendency is wanting to reciprocate in some way or shape. But that is not always possible. When we can, it is wonderful to recognize the human angels in our life and let them know what they mean to us.

However, sometimes the human angel does not want or need our help and recognition, or has already taken off before we can even say “thank you.” But what we always can do is help someone else.

The opportunity to pay it forward will come at one point or the other. It doesn’t have to be a big thing. Sometimes simple things, such as exchanging a few words with someone who is lonely, can make another person’s day.

Reciprocity is about fairness.

Paying it forward is about something even more important for the wellbeing of the world—kindness.

I believe we are all family at the soul level and that we are all in each other’s life for a reason. So even when we receive from one person and pay it forward to the next it ultimately stays in the family.

And somehow, these human angels seemed to have known that when they let me try their desert on Super Tuesday.

If you have an example of how someone has unexpectedly shown up in your life to help, please share it in the comments below or on my Facebook page.

Professional wizard (I mean, coach…) who used to be a lawyer. Global/German citizen living in the US. Find purpose, clarity & focus here: leaderforgood.com … Read full bio