My Month Long Journey of Judgement (& What I Learned). 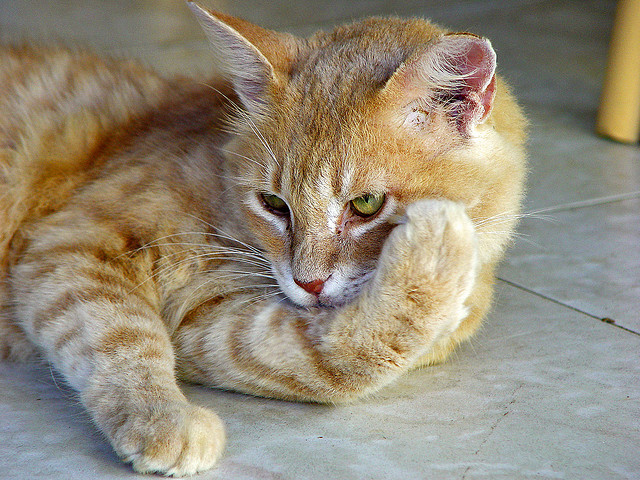 Discovering that you are a much bigger drain on yourself and those around you, than you ever dared possibly imagine, is not the most fun realization to come to.

Recently, as part of my own personal journey and desire for growth, I decided that for one full month I would write down every time I had a negative thought about a stranger I crossed paths with. I wanted to take the time to explore why I was having these reactions towards others.

I challenged myself to put in writing, what a judgmental piece of crap I can be, especially in the moments when I wasn’t fully aware I was being one.

I felt like it was one of the only ways I could authentically access why I continually repeat specific patterns in every day interactions outside of my comfort zones. I wanted to honestly try to figure out what was holding me back from creating new opportunities and relationships in my life.

Learning to change the way you perceive others—and by extension treat them—is a mentally and emotionally exhausting odyssey.

This experiment helped me uncover unhealthy thought patterns in two very specific ways. It gave me indisputable proof of just how frequently I was subconsciously working towards blocking new people from my life, keeping myself in a self-fulfilling, “nobody likes me” mindset, and it also proved just how many negative thoughts I actually have about other people.

I was honestly shocked by this discovery. I’m one of the more accepting people I’ve the pleasure of knowing. Well, I thought I was, anyway. It turns out I have a lot of work to do.

For some time now, I have been actively attempting to change my internal dialogue in an effort to expel positive energy out into the universe. Every time I had a negative thought, I immediately forced myself to counter it with a positive.

When we decide we want to take the first steps towards creating more harmony in our lives, that is frequently the advice most given by others who have achieved a balance.

It is not quite as easy as it sounds, but I was trying.

What I wasn’t doing, however, was going the additional mile and thinking about why I was having the thoughts in the first place.

If I didn’t work to figure that piece of the puzzle out, compassion alone wasn’t going to get me anywhere. Those negative thoughts would still linger. I wanted my initial thoughts to become positive, instead of continually working to reverse negative energy already transferred.

As far as being empathetic and accepting, I hold myself to a high standard. I thought there was no way I could be treating others any differently than I would treat somebody I knew and cared about, even subconsciously. As I tried to switch my thinking and energy vibrations from negative to positive, it was essential to realize just how self-destructive I was actually being versus how I perceived myself to be.

We are not the best judges of our own character. There is often a vested interest in our behavior patterns, even if we are not aware of their existence. We can’t actively work towards changing these ingrained ideas and thoughts if we don’t authentically acknowledge them.

Nobody wants to think too much about why they are dismissing others as unworthy, based on unreasonable and imaginary internal assessment. When you take a good look at your own judgmental thoughts, you can (and probably will) be confronted with the knowledge that you can be kind of an asshole sometimes. At least I found out that I certainly was.

The very first day of the challenge, I jotted down notes about three different people—in one trip to the grocery store.

The reasons I chicken scratched out on my little piece of paper were absurd, and the thoughts happened so quickly that if I had not made an effort to capture them, I would have immediately dismissed their existence, perpetuating my negativity.

One incident occurred before I even made my way into the store—a woman was sighing and rolling her eyes as she climbed out of a very expensive vehicle. I went straight to that place in my brain of: “Gosh, lady. Must be terrible having such a difficult life.”

I didn’t know her or her circumstance.

Instead of sending positive vibrations, I immediately sabotaged myself by criticizing her obvious annoyance, based solely on the fact that she was driving a vehicle I can’t afford. That is the blunt truth of it. In 20 seconds, I noticed somebody having a moment of irritation and immediately went to a place of how much worse I have it.

I made it about myself—I dismissed her and reinforced negative thought patterns that hold me back from making connections. I have no way of knowing if that was even her car, and I certainly had no reason to internally make her the enemy. (I figured all of this out later on.)

What I wrote down in the moment was: Blonde lady/parking lot.

Most everyone sizes up somebody when initially seeing or meeting them, it is instinctual and unavoidable. Trying to keep an open mind in the face of adversity is an incredibly difficult skill to master, especially when specific judgments have been drilled into you since before you could form your own authentic opinions.

It becomes even more challenging when these self-serving (and often false) ways of thinking are perpetuated and encouraged by society. None of us can ever know what somebody’s intentions are. We can think we know, based on what they are doing or saying, or how they are dressed or speak or present themselves, but projecting our beliefs onto them because of what we see alone does everyone a disservice.

After a month of seriously thinking about and documenting what I was actually putting out into the universe, versus what I thought I was, I found that I can at times be absolutely just as judgmental as those I chide when they are expressing their own overtly preconceived, stereotypical fueled imaginings based on what they see rather than what they know.

It opened my eyes to a new way of thinking, and I’m grateful for it.

Does that mean I’m still not going to have those moments of projecting, judging or being negative? Of course not.
I have a lot of work to do, but it’s a start, and I invite you to give it a try.

It is humbling how such a simple personal challenge can help us to grow in ways we never thought we needed to.

Keep a piece of paper and a writing tool with you when you are out, and write down those times when you find yourself internally going to that place of aversion towards a stranger, no matter how minimal it may seem. Really write it down so you can think about it outside of the immediate environment in which you encountered the person. It helped me to have a visual, going beyond a mental check list, while trying to figure these patterns out. Not only did it keep me accountable, it made me realize I was having these thoughts much more than I ever would have imagined.

A fresh perspective on what you think you know about yourself is always a great way to get to know yourself better, and by extension, may make the world a bit brighter. Not just for you, but for anyone who may cross your path. 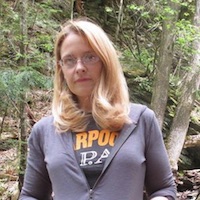