The Dirty Truth about Forgiveness. 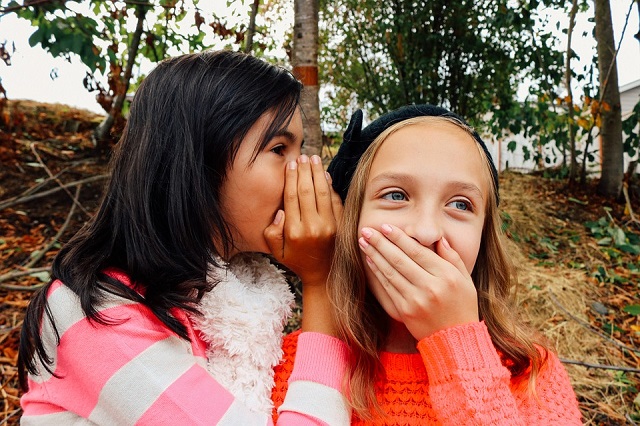 We all know the importance of forgiveness.

If we want to live in harmony and experience inner peace, then we need to be able to forgive.

Forgiveness is something I have been working on recently. I’ve never been a grudge-bearing sort, and I like to think I am pretty good at forgiving. But the thing I’ve realized is that I’ve been getting this whole forgiveness thing wrong for quite some time—and to be honest, you probably have too.

It seems that I’ve had some pretty unrealistic beliefs about forgiveness.

This whole “forgive and forget” thing sounds good, but it doesn’t actually work, and it screws us up because we think that it should. Not the kind of screwing-up that jumps out at you from nowhere and shouts “Bam!” right in your pretty face, but the slow, tortuous, subtle screwing up that happens without you even knowing it. And that’s far worse.

We all know forgiveness is massively important to our well being. From a spiritual point of view, forgiveness is the key to freedom—freedom from blaming ourselves or others when things go wrong or for f*cking things up.

It’s the key to taking responsibility for our own actions—which is the key to growth and manifesting what we want in life.

We can’t be in the driver’s seat if we blame others for the way things are. Blaming others is a sure-fire way to disempower ourselves and wallow in a mire of self-pity.

In the words of Murakami: “Don’t feel sorry for yourself. Only assholes do that.”

Forgiveness is also the key to happiness—to living life with a sense of buoyancy and lightness.

When we forgive ourselves and others, we release and disperse physical and emotional tension from the mind-body. We quite literally stop holding on to grudges and bitterness. When we hold on to these emotions we embody them—we take them in to ourselves, and they slowly poison us.

If we can’t forgive, it leaves us with a withered heart, anger in our blood and a pretty huge chip on our shoulders. It makes us heavy. And when we are heavy, we can’t be light.

On a physical level, holding onto grudges and resentment messes us up too. It leads to an increase in stress hormones and a whole gamut of consequences because of this. Since it can be argued that stress plays a role (often causative, sometimes predisposing) to nearly every chronic health condition known to man, the stress dissipation that forgiveness brings is a pretty potent remedy.

So yeah, forgiveness is key—but the thing is, how do we do it?

Have you ever actually thought about how to forgive?

A lot of what we call “forgiveness” is actually just forgetting—and a lot of it is actually just the ego’s sneaky repression of anger and bitterness, so it can believe we have forgiven (even when there is evidence to the contrary).

Forgetting is much easier than forgiving.

It relies only on the passage of time and on directing our attention to other things. But it is not the same as forgiving, and the thing is, we don’t ever truly forget. We just displace our attention for varying lengths of time and call it “forgiveness.”

Forgiving is much more tricky. It’s a skill. It takes work—and it takes a level of self-honesty that most people simply can’t be arsed with.

The dirty truth about forgiveness:

Forgiving is not something that you do.

It is not an action that happens in one defining moment in time.

Forgiveness is a process.

Because it is also a skill, it takes work. If you have been betrayed or deeply hurt, then it is likely something that you will be working on for a very long time.

Because forgiveness is not a destination but a journey. It’s all in the process.

We wish we could all forgive in a single moment, a single act—but that just isn’t how it works.

Jesus knew this. When Peter asked him how many times he should forgive his brother or sister who wrongs him Jesus said: “70 times seven.”

That’s…well, a hell of a lot! (490 times to be precise, but I don’ think that’s the point, and please don’t get a tally chart going.) Jesus knew that forgiveness is not a single decision or a single relinquishment of hurt. He knew this because he knew how humans work.

We find it incredibly hard to let go.

When we have been deeply hurt, a body of pain lives in us and continues to rear its head at different times in our life, seemingly random or otherwise. When it pops up onto the surface of our consciousness, it brings back the painful memory and a nice tote bag of difficult feelings.

But because we have a false expectation of how forgiveness works, we screw ourselves up.

We’ve said, “I forgive you”—and we forgave. We moved on and let go. We even lit some candles, placed some rose quartz around them and did our own little ceremony thing declaring our forgiveness.

Except, well—we didn’t, did we?

Sure, in that one moment, our intention was pure, and our feelings of forgiveness were genuine.

But we forgot that it’s a process.

And the next week we are driving in our car, bopping our head to Gaslamp Killer beats, and then—Boom! Some indiscernible trigger brings back the memory and all those icky, ugly, distinctly haven’t-let-this-sh*t-go-yet kind of feelings come flooding back to us.

Our heart rate increases, and our imagination runs wild with all the things we would like to say: how we might get our own back or how we wish we had acted differently. We feel pissed and distinctly un-zen-like.

But because we did that whole ceremony thang, and we forgave already, we can’t allow ourselves to really feel those icky feelings. To do so, we think, means that we suck at forgiveness.

And no one, no one wants to suck at forgiveness.

So down into the chamber of darkness those icky feelings go. Repress the heck out of them, and then get back to those beats, only now we have gifted ourselves a low-level feeling of unease with a nice dose of shame on top. All because, in our mistaken belief about forgiveness, we have just proven something we cannot allow ourselves to admit.

And it will happen again and again.

If we just knew and accepted the fact that forgiveness is a process, then we could be honest and open about our feelings, and allow the space for forgiveness to come in.

It’s hard, but it’s totally possible—and here’s how we do it…

How to practice the art of forgiveness:

2. Allow those icky feelings into your awareness. When a painful memory and feelings of anger or resentment bubble up, let them be there. Acknowledge them. Shine a huge motherf*cking light on them. Do not let them scurry down into the chamber of darkness.

3. Forgive yourself for having these feelings. This is key. Breathe them in and soften around them. It’s okay that you are still pissed. Know that you don’t suck at forgiveness. You are in the process of forgiving. Give yourself some kudos because this sh*t ‘ain’t easy.

4. Forgive again. Imagine the person you are trying to forgive and forgive them again. Remember that they are just another human being who wants to feel loved. They too are someone’s child/brother/sister/mother/daughter. Bring your attention to your heart center and say: “Today I choose to forgive you for the hurt/pain/trouble you have caused me. I forgive myself and I forgive you.”

It doesn’t matter how many times you do it, it only matters that you do it. That you stay in the process—again and again. And every time you do, you will be opening your heart to transformation and bringing the healing energy of forgiveness into your life. 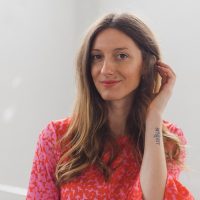 Claire Rother  My name is Claire Rother. I’m a coach, yoga and mindfulness teacher on a mission to help others live a life they love. I’m a self-confessed geek when it co… Read full bio