I used to be a “Yes” Man & this is how I Learned to Stick Up for Myself. 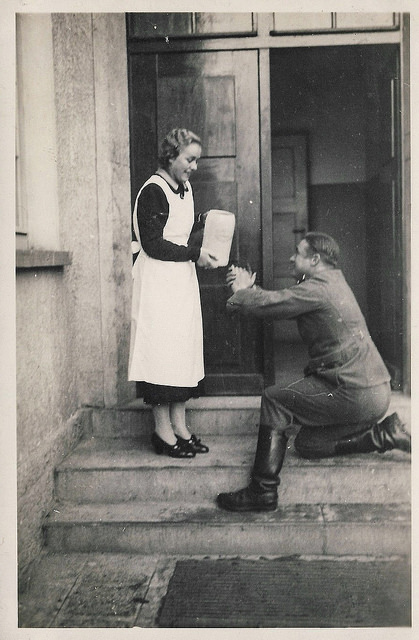 Leading our lives by our highest, innermost truths is to trust in our own divine nature.

Whenever I’ve failed to speak my mind about how I truly feel or express my opinion about a matter that involves me, my highest truth has remained unheard—unspoken and unvalidated.

This has come at great costs to my own welfare, to ensure that the comfort or solace of others’ well being was met instead. Historically, I’ve been a push-over. A “yes” kind of person, always agreeing to everything presented to me as though that was the absolute choice to make regarding a specific situation or circumstance.

I’ve been too concerned with stepping on other people’s toes and not attentive enough to what this was doing to me internally. It’s caused many upsets in my life, due to my inability to say “No.” A complete answer and sentence, by the way, for anyone who struggles to speak, lead or live by their own highest truth.

We can learn to assert ourselves by firmly getting acquainted with saying this simple answer, if we are willing to stand behind our convictions. Maybe some of us are young and impressionable and are still used to others (including parents or employers) asserting their authority over us. I’ve certainly been there. Until my early 30s, actually.

So how can we learn to live by our highest truths?

First, I think it’s really important to take some time often, to sit down and discern for ourselves, in a quiet space perhaps, just what is truly important to us—what really matters.

For me, it’s always been my own voice for starters. Just to find the courage to speak up and speak out has been incredibly challenging to me. Yes, it’s good to journal and share our thoughts with ourselves, but eventually we must meet others face to face, on mutual terms. This might be an uncomfortable period in life, where we learn to establish a firm foundation from which we can assert our truths.

For many of us, including myself, I’ve so often found it hard to speak my mind because it might be construed as offensive or contrary to what others around us might be experiencing, relating and sharing aloud. Again, I’ve felt fears of persecution for stating what I believe in, including the fear of losing my job if I were to speak out accordingly.

Let me share something with you though. All of those people and those jobs over the past 16 years—they’re no longer at the forefront of my life. Whenever I felt completely stifled by people’s beliefs or opinions (employers, employees, family and friends all included), I realized that I was the one who needed to make changes. It’s never really solved anything getting into arguments with them, just to prove a point. I’ve been there and it’s based in our ego—to be right, to be prideful of our beliefs. It’s always actually proven to be counter-productive to the goal we’re attempting to achieve.

That being said, I’ve learned to be a great listener, and I’ve learned to let go and detach from other people’s beliefs or viewpoints. I’ve quietly plotted my next move in life as well, knowing how little things can change over long spans of time with many people and in many places/circumstances and so I took those leaps—jumping into the unknown, where I might explore uncharted territories for a deeper sense of belonging.

I’ve gone out and searched alone, for my tribe and my village many times over the years.

I’ve simply moved on. I’ve found new friends and new jobs when necessary, that were better suited to my evolution. I refused to get stuck in places or with people who simply did not fit my pattern of growth. I honestly cannot imagine being in those places at this point in life. It’s impossible to fathom imprisoning my spirit in such ways. It’s taught me to let go of my material possessiveness and to embrace minimalism—the ability to travel lighter, with more peace in my heart, full of more love and understanding, compassion and wisdom.

I’ve changed so much and have slowly developed the courage to speak up as time has passed—gaining confidence to speak more freely and more often as well in my daily life. Yes, I’ve become more outspoken, at least in words (writing)! I’ve also learned to acknowledge my own lack of foresight or knowing, to err in my ways and remain malleable to what others have to say. It’s all valid.

We have to stand up for ourselves. If we’re choosing fear because we believe that the paycheck is necessary or some other person’s opinion is more valid than our own, then we’ll ultimately suffer.

Be clear about what it is you wish to convey—seek courage from deep within and stand tall.

Assert your boundaries and be mindful of those who will seek to sway you from your original stance.

Listen to what others are saying, and let them know that you’ll respond after you’ve given it some thought. I like to sleep on it often—whenever there’s an important decision to make.

If you experience an adverse, gut reaction after having a conversation with someone, this is a good indication that your voice is not being counted. I’ve found it best to simply avoid these people. We can love them from a distance, but we don’t have to let them rule over our lives.

Our highest truth will inevitably change as time goes on, so it’s good to humble ourselves, when our beliefs and stances do indeed shift and mature.

Stand up for yourself, because so often, no one else will. The more we learn to respect ourselves, the more others will do the same naturally. It’s our reflection that people are responding to.

Respect other people’s highest truth, even if it’s in discordance with our own. Seek compassion and understanding for where they stand and take the higher road of wisdom. Honestly, in many cases, silence is the answer, for we do not need to involve ourselves in everyone else’s experience, truth or drama.

Sometimes, we’ll find ourselves standing alone. To speak my highest truth, I’ve often times found myself letting all else go and simply moving on, to a place where my truth is not intruded upon—amongst those who accept me as I am, unconditionally.

When we are intrepid in our beliefs, we can finally derive a sense of inner knowing, peace and sense of direction about ourselves—quite unlike anything we’ve perceived or experienced before, from this space of awareness.

Stand in your highest truth—your voice, your wisdom is a mighty sword.

If you’d be interested in exploring these deeper levels, where our beliefs exist on the subconscious, feel free to reach out for more information about the Belief Work that I offer. 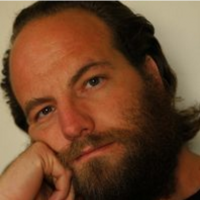 Thayne Ulschmid is an awakening wanderer, traversing this earth plane with the singular motive to explore every potentiating avenue of life that excites his unfathomable consc… Read full bio