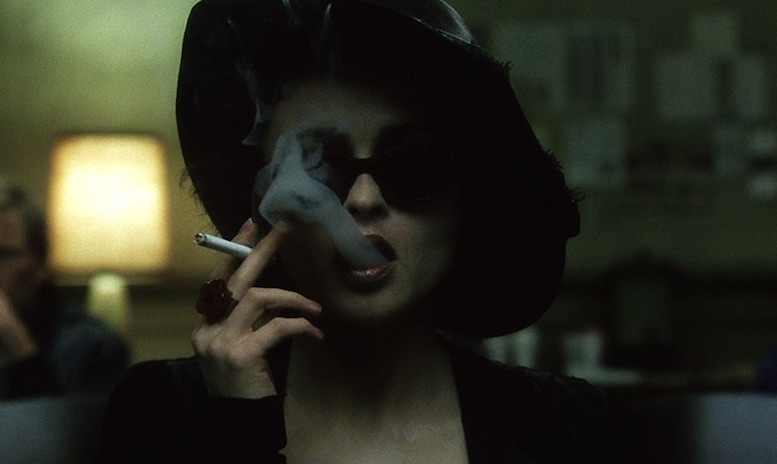 What comes to mind when you think of sex addicts in recovery?

Sleazy men in trench coats trying to have sex with nymphomaniac Girls Gone Wild? Platoons of strippers who love their jobs more than is healthy? Or perhaps it’s the image of yet another celebrity caught in a cheating scandal appearing po-faced before the media, vowing to get help?

In reality, says sex and love addict Zoe*, “Recovery meetings are the least sexually charged environment you could ever imagine! Less sexy than church. Everyone is there because of the consequences of their addiction, and they’re there for a solution.”

“In any recovery you’ll get people who are putting it out there,” says former model Libby. “When I first came into treatment, I was so sick I enjoyed being in meetings where I knew I could get men’s attention. I dressed in a push-up bra, massive heels… I even had a vibrator in my bag. Back then I had no boundaries around what was appropriate, but a lot of my recovery came from listening to men and hearing the other side. When you see people’s remorse and genuinely wanting to change, you see them as people, not a means to make yourself feel better.”

Is it really an “addiction” or just an excuse?

“It’s both, depending on the situation,” says Adam Szmerling, a Psychoanalytic Psychotherapist with a special interest in working with sex addicts. “I’ve seen instances where someone calls it an ‘addiction’ to excuse their partner for cheating and conceal the depth of their pain. But I’ve seen situations where it’s very real, and the person feels compelled to do something that they know is going to make them feel worse.”

“Certainly in some individuals it has all the hallmarks of an addiction—the person gets withdrawals, they may go on a binge fest then try and control it with a period of abstinence. But using willpower or suppression just makes it stronger.”

One of the most common forms of treatments for sex addicts is based on the principles of the 12 steps of Alcoholics Anonymous. Sex and Love Addicts Anonymous (SLAA) treats people who use sex and relationships in a compulsive way, the same way an alcoholic uses a drink.

“At school I’d hide magazines, and obsess over when I could look at them. The adrenalin of acquiring and hiding pornography was a potent aspect of the addiction because of the possibility of discovery and humiliation.”

“Once I get into the state of anticipation around a reward, the consequential thinking part of me just switches off. It’s exactly the same sequence of a drug addict or alcoholic who has two beers and goes on to drink for three days. You introduce the substance or trigger for arousal, it switches off your control.”

Sex and love addiction manifests in a variety of compulsive behaviour patterns. For some it’s sex and pornography, for others it could play out as emotional anorexia, or an addiction to co-dependent relationships, romantic or fantasy obsession.

“It’s different to a crush or being in love,” explains Zoe, a management consultant in her early thirties. “That obsession with someone is destructive to every area of my life. It affected my friendships, health, work.”

Libby came into treatment because she found herself obsessing over relationships that had little basis in reality. “I’d get crumbs of affection from someone and then feed that addiction by listening to romantic music, and project a whole fantasy of the relationship,” says Libby. “I thought looking beautiful would get me the love I wanted,” she says. “I based my self-worth on the way strangers looked at me. If they fancied me, I felt okay. If not, I was devastated. But positive attention didn’t help—I just wanted more of it.

For Tom, Libby and Zoe, it was only once the pain of their behaviour was strong enough that they sought help.

In Tom’s case, being married had enabled him to avoid seeing the reality of his behaviour. “I didn’t realise the marriage had actually propped me up for 15 years and kept me functional. I had to leave the marriage to hit rock bottom. That’s when I really descended into hell.”

For Libby, it was realising that her romantic obsession was destroying her sense of self. “The more someone rejected me, the more it turned me on, but sleeping with them screwed my self-esteem. I came out of every relationship more damaged and bitter each time. It was a revelation to me that in a healthy relationship you don’t have to chase someone to get them to like you.”

For Zoe, it was realising she was engaging in increasingly risky behaviours. “As a result of putting myself in progressively dangerous situations, I’ve been raped, had unprotected sex and got pregnant, and had unprotected sex with people I knew had STDs. It’s not only risky sexual behaviour; in one relationship I spent $20,000 on things just because my partner wanted to.”

In recovery, each individual develops a set of “bottom line” trigger behaviours that they just won’t do.

“It’s like an alcoholic deciding they won’t hang around in pubs,” says Zoe. “You identify patterns to understand what addiction looks like. My bottom line is ‘no one night stands’ because the last one-night stand I ended up marrying, and I almost married the second!”

“I also won’t date anyone who is unavailable for a relationship; so someone who is married or lives in another state, for example.”

For Libby, it’s about not feeding the fantasy. “One of the behaviours I needed to stop was constantly checking who was looking at me. I also have to not play music and think about them. Instead, when I start obsessing, I have to call other people in recovery and talk about where my head is at.”

Coming out of isolation

One of the tenets of treatment is going to meetings and sharing experience with others who’ve been there before.

“When I first started going to meetings people sounded really sick,” says Tom. “But now I know what I’m hearing is people being truly vulnerable.

“It me took a while to start sharing. Because my acting out involved pornography, I had a lot of shame, and shame just perpetuates addiction. Recovery made a profound shift in the shame I carried, and meant I could heal the underlying vulnerability.”

“Having peer support from fellow addicts is critical,” says Zoe. “Peers help you foresee issues and create strategies around what you want behaviour to be.”

“I’m online dating, so I need a plan. I call someone before and after a date. And I don’t have sex unless I’ve made a decision to do that beforehand.”

Although there are women-only meetings, Zoe says that listening to men’s perspective is invaluable. “One of the most healing aspects of meetings has been seeing men as human beings, not as objects for my gratification.”

Is treatment worth it?

“Recovery makes you look at the deeper issues, which isn’t comfortable,” says Zoe. “But the results were beyond anything I could have envisaged. It’s like calling a builder in to fix your door, but when you come home they’ve renovated the whole house beautifully. My mental health, self-esteem, career, health, family—all improved immensely.”

“Any addiction hijacks life,” says Tom. “All my behaviours were about pushing away from intimacy. Recovery means I’ve got to be prepared to take risks—both in exposing myself and seeing someone else’s emotional vulnerability. But that’s the most healing thing: to realise that it’s okay to have those feelings and being a human being is messy.”

*All names have been changed.

Alice Williams is a Melbourne yoga teacher and the author of Bad Yogi, available now at Book Depository. Say hello on  Twitter The Facebook and Instagram. Read more from A.V… Read full bio