Alternative Tweets: A Mindfulness Practice in the Age of the Orange Menace. 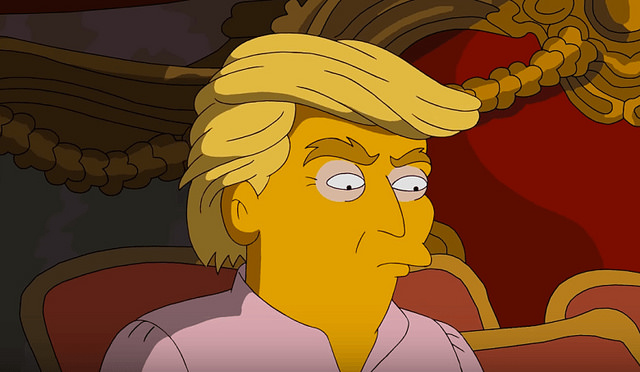 *Editor’s note: elephant journal articles represent the personal views of the authors, and can not possibly reflect elephant journal as a whole. Disagree with an Op-Ed or opinion? We’re happy to share your experience here.

If there is one thing that our minority-elected president is known for, it’s his angry, ranting, illogical, and non-stop tweeting.

The tweets are simplistic (a 140-character limit will do that to an extent), fact-free, mean-spirited and, sadly, generate a tremendous amount of coverage—rather than outright dismissal. The rants from Cheeto Jesus not only distract us from important issues facing our nation, but create their own idiotic news cycle, followed by a frenzy of posts on each of our social media feeds that lead to anxiety, anger, bitterness, divisiveness, and fear.

But what if we could take these offensive and short-tempered tweets and use them to serve us in some way?

What if we could turn Agent Orange’s frown upside down? What if we could use his favorite communication tool, and reverse engineer these negative messages into positive ones? I would like to introduce a new daily mindfulness practice called Alternative Tweeting.

The concept is simple: at least once a day, I find an actual tweet from @therealDonaldTrump (see Trump Trackers below) and then, using the core issue or insult(s) involved, craft my own tweet with a positive spin. I have been finding the process of taking the power out of Trump’s tiny hands quite helpful (and oddly amusing). The exercise also forces me to look at the underlying topic at hand, dig deeper into the substantive values at play, and then research alternatives and solutions.

Allow me to give you an example.

Here was an actual tweet from the short-fingered vulgarian himself:

“The concept of global warming was created by and for the Chinese in order to make the U.S. manufacturing non-competitive.”

I spent a few minutes thinking about the complex subject of climate change, and how—like health care or voter’s rights—it’s really one of those issues that affects us all; like it or not, we’re in the same boat. Then I crafted my #AlternativeTweet.

The process of writing this tweet led me to several articles on climate change, which was informative and inspiring. Amazing non-profits are attempting to combat and even reverse this real and dangerous threat, including the Union of Concerned Scientists and the Environmental Defense Fund. I joined ‘em both!

Here’s another winner from the Prima Donald:

“Do you believe it? The Obama Administration agreed to take thousands of illegal immigrants from Australia. Why? I will study this dumb deal!”

Taking a deep breath, I sat and pondered the important and historical issue of immigration before responding with my #AlternativeTweet.

“Funny thing: aside from our Native Americans, we’re all Refugees. Pray for those now forced to relocate. #TiredMasses www.rescue.org”

The tweet made me curious about my own family, and how we arrived in the United States. I called my folks to talk about when my grandparents moved to Seattle after immigrating from the Ukraine. My Mom discussed our family tree, and we made a date to look over some photo albums she has.

Next up, an oldie but a goodie from the Tangerine Tornado:

Again, before angrily responding to Hair Furor, I did some breath-work, then crafted my own tweet:

“It’s wonderful when people can find love, regardless of gender. Embrace it when it finds you! #LoveIsLove #LoveTrumpsHate #LGBTRights @HRC”

The topic of love (and partnership) is such a complex one that I spent over 20 minutes choosing my 140 characters. I visited the website of the Human Rights Campaign. It made me think about the wonderful same sex couples I’ve met, the romantic relationships I’ve had, and my own goals and aspirations for the future. I sent a text to a woman I’ve been thinking about, and then called my son to let him know I love him. #Sappy

Time to turn that frown upside down!

“Rarely get a chance to watch SNL, but am so thankful for the comedians they’ve produced. @tinafey’s impression of Sara Palin my fav. #Happy”

My tweet focused on the show’s lasting legacy, and brought back memories of Bill Murray, Gilda Radner, and Chris Farley. Before I knew it I was YouTube-ing several vids (“Land Shark” and “Church Lady” are timeless) and began to follow SNL writers Bryan Tucker, Joanna Bradley, and Paul Masella on Twitter. I also bought Amy Poehler’s new book, Yes Please.

And finally, from last week:

“How low has President Obama gone to tapp my phones during the very sacred election process. This is Nixon/Watergate. Bad (or sick) guy!”

I wasn’t sure if Trumpy was signing off as “Bad (or sick) guy!”—but regardless, I felt the need to try and reverse the negative mojo here, and at least point out the value of proper grammar!

“I’m a stickler for spelling & punctuation. Even in texts I don’t abbreviate or use emojis. My favorite account? @MerriamWebster #OldSchool”

Advocating for truth and justice—and confronting fabrications and hatred—is critical now, more than ever. (My essay on getting involved lists over 1,000 great organizations.) But if the haters win, we lose. If we are so consumed with the bad news (of which there is plenty) that it overruns us, we get out-of-balance, and our anger prevails.

I suggest spending a majority of time (even if it’s a razor thin majority) creating positive ideas and putting equal efforts into dreams and ideals and philosophies; personally, I’m shooting for a five-to-one ratio on social media.

I allow myself one post highlighting the Groper-in-Chief’s outrageous and dangerous conflicts of interest (and directing friends to the petition to impeach), and generate five posts promoting artists I like, upcoming community events, inspirational poetry…and cats.

And I can tell you this: If you accept the Alternative Tweet Challenge, and find yourself turning this man-baby’s diatribes into positive vibrations, you’ll be able to handle anything that comes down the line. Orange, meet orange-ade! #LemonadeStand.

For those wanting to play along, there’s a complete Trump Twitter Tracker, which constantly updates and archives the tweets. You can even search the tracker via personal superlatives (“My IQ is one of the highest”), media disdain (“Arianna Huffington ugly both inside and out”), phrases like “doesn’t have a clue,” or individual keywords like “loser,” “dumb,” “terrible,” or my favorite, “sad,”—which of course is turned into #happy!

If you want further depth and context to help you thoughtfully and mindfully put together an Alternative Tweet, the fine folks at The Atlantic have a live TrumpTweet update.

The staff at the Los Angeles Times are also tracking Trump’s tweets daily, and providing context (and some real news and perspective) on each outburst.

Of course, if you simply can’t stand to see even one more tweet from our Minority-Elect, you can skip the tracker and get going on your own uplifting and inspirational tweets, pics, and posts. But please do share them, and use the hashtag #AlternativeTweets. Together, we really can make America great—all over again. 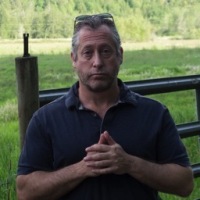