Four Ways to Honor our Child’s Desire to Walk an Unconventional Path. 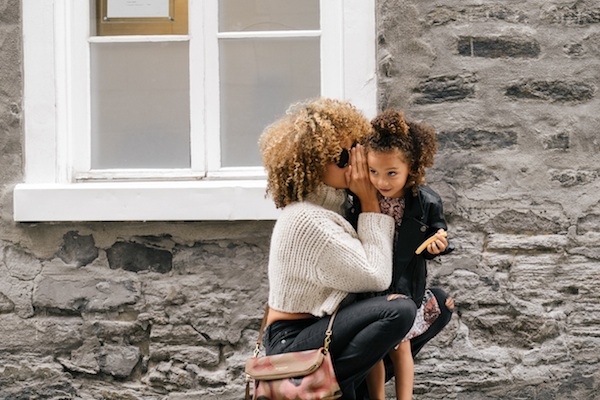 “Go confidently in the direction of your dreams. Live the life you’ve imagined.” – Henry David Thoreau

When I was a kid living in the Bronx in the 70s, there was little to rely on but our own creativity and imagination.

I remember the test pattern that would come on at the end of the news—then the dreaded grainy static noise.

I remember the long, lazy days of summer playing paddle ball, hand ball, hide-and-go-seek, and my all-time favorite, being drenched by the harsh torrential water of the fire hydrant.

On rainy days, stuck indoors, my mom would be mildly irritated by the words, “I am bored,” and I would dread her insensitive reply, “I will give you bored”—which typically meant a smack across the head. During school breaks, there were rules, and the strictest one was: You only come inside to eat and go to the bathroom, or if you are bleeding, and the latter had better need stitches.

In those days, we were left to our own devices: sending secret notes across the washline, writing in our diaries, reading, or interactive play with the kids upstairs. The adventures were boundless and creativity soared, even if reluctantly.

When I had my son, there was still limited technology. I remember admiring his tiny hands as he spent hours playing with blocks and cars and toy figurines. He would draw elaborate pictures depicting wild stories filled with imagination. When he was too little to write, he would ask me to write the story for him from the drawings, giving me wonderful details that delighted him.

Sadly, his creativity—and that of many children—got squashed when he entered school, and curriculum requirements choked his wildly imaginative brain. No longer did he want to tell me stories that he created. Slowly he lost all interest in drawing and writing stories and playing for hours on his own, with only his imagination to fuel him.

It is said that children have the most awesome sense of wonder. Not jaded by the world or controlled by technology, they can visit a fantasy world filled with color and adventure just by using their imagination.

I began my work as a school social worker 17 years ago. I have worked with every age group. The one thing I have noticed is an increase in anxiety, especially by those children graduating high school. They are told to graduate with a Regents Diploma (which not all can), and that if they don’t go to college (amounting enormous amounts of student loan debt), they will not be successful. Instilling this level of fear stifles creativity.

This is how I see it: School curriculum has made learning so tightly wound that teachers and kids are suffocating under its demands. There is no time during the day to allow for anything outside of the state’s requirements, let alone fun. Most of my students have spoken about fears and anxiety that they will not find their place in the world. Often they are so unaware of the options outside of the walls of their small town, not to mention their classrooms. Some kids are fortunate and know exactly what they want to be when they “grow up”—most have no idea. The worse part is that these kids only know the traditional jobs and roles that they can partake in—teachers, lawyers, nurses, accountants, etc.—all jobs that require a college degree at a high cost.

For those who don’t want to be or don’t see themselves in traditional jobs, there is not enough information given in terms of alternative jobs and careers that exist. Because, far too often, creativity is not honored or seen as a means of making a living.

We have sold our children a bad bill of goods. The average debt for a college graduate is $30,000, and that is on the low end. Some, like my niece, a speech pathology student in Florida who is finishing her master’s degree while working as a speech teacher in the public school sector and making about $32,000 a year, will amass upwards of a whopping $65,000 in student loan debt by the end of her higher education. At 34 years old, she estimates that she will never be able to pay off her debt entirely.

We need to encourage our children to honor their dreams. We need to let them know that it is okay to look outside of the conventional box that has been placed before us. That there are mural painters, artists, writers, waiters, wood workers, cooks, photographers, explorers, and so many other wonderful careers to aspire to.

This is how we can encourage the development of their dreams:

Experience: Take trips to big cities or small towns, museums, other countries, and the outdoors. The more experiences they have, the more the world opens up for them. The world becomes broader and bigger with many more possibilities.

Watch: Look closely at the things your children seem to naturally gravitate toward, and encourage them to go deeper, learn more, and explore more.

Less: Less television, less computers, less iPads, less iPhones. These things, though they have their place, take away from hands-on experience. They isolate and inhibit children from opening their eyes and seeing, breathing in, and learning about the tangible things around them.

Talk: Talk to your kids about all the amazing, behind-the-scenes jobs that people do. Open their curiosity by discussing the jobs in your own families. Use vacations as a time to talk about the jobs other people do, such as concierge, tour guide, or park ranger. Use any experience to get them thinking about what people do.

It is infinitely harder to take the unconventional road when following our dreams. It is way easier when one has a clear path that has already been tested and walked by others.

The path of the dreamer is untested, scary, and filled with unpredictability. But, the world needs dreamers, for they are the forefathers of invention and creativity. They are the ones who bring color to the world and open doors that have never been opened. 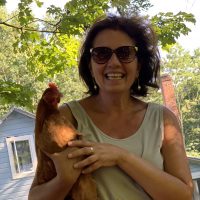 Maria Arroyo-Fazio is a clinical therapist who is passionate about humanity and the right for all people to have the opportunity to live a life that is fair, healthy, equal, a… Read full bio