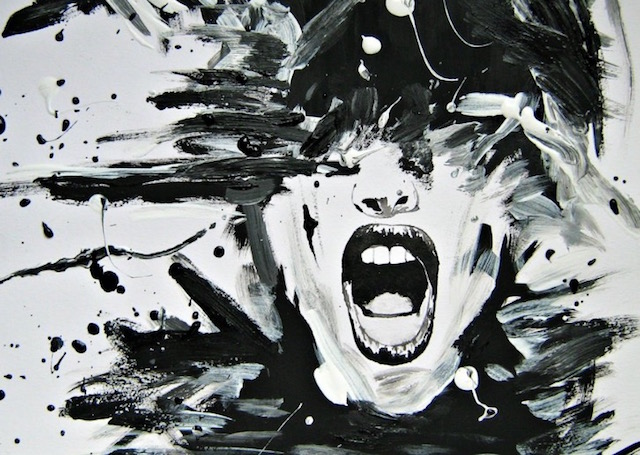 My muscles constrict, my cheeks flush. I know my anger monster is filling me up—I don’t know how it will unleash its fury.

I fail often, I know. The reptilian brain takes over, my muscles start releasing the wild into my body. I try—and I keep trying.

When I was a teenager and full to the brim with this anger, I used to ride my bike down to the park. I would jump onto the swings and swing with such ferocity and vigour that it felt like a hurricane of fire was pouring out of my body.

If I really pushed myself to the apex of the swing radius, and fully extended my legs and kicked so hard that I nearly upended myself from the swing chair, I could hit the dangling leaves on the branches above me.

I could only just barely hit them with my foot, so I wasn’t exactly ripping the tree apart, but every time I did, it felt like a little Mario ding bell would go off in my head.

These two little floating leaves way above my head took the brunt of all my adolescent fervour. They were gracious, and they were steady, and I funnelled my fire into the air.

I’m not advocating the kicking of trees, and I certainly don’t know if this is a good form of therapy—but it was what I needed at the time. I didn’t have the verbal tools to talk my problems out yet. I only had fire.

Recently rage rooms came to my attention. A business provides a space filled with breakable objects—glass vases, ceramics, televisions—a variety of weapons, a body suit and the opportunity to enter the room for an allotted period of time. Once inside, you may hack and destroy anything you wish.

My first reaction was that this is blatantly wasteful. Only in this obsessively consumerist society that facilitates our population having far too many material things, do we think it’s okay to waste things in this manner. What happened to recycling?

There are many things that should simply not be destroyed in this way.

Electronics need to be recycled safely and responsibly in a particular way that pertains to e-waste. If electronics are not recycled in an ethical way, they can leak toxic chemicals causing potential damage to the environment and human health. There is a wealth of information available on this.

“The rule of thumb is: It’s nasty stuff, don’t smash it, don’t break it and don’t dispose of it at the curb.” ~ Robert Houghton

My next reaction was that this glorifies violence and destruction. It encourages that rage aspect within us and implies that that feeling you have to destroy is unavoidable, normal and healthy, rather than fostering the ability to acknowledge your feelings, deal with them in a healthy way, or transform them.

The feeling of wanting to destroy may be unavoidable, but normalizing acting on that feeling in a violent or destructive way, is not healthy.

I agree that you can benefit from letting out your violence in a non-harmful way, but there are plenty of other ways in which you can do this.

Do we need to feel the shattering of glass to have catharsis?

Catharsis is vital, especially when we live in a stressful society. However, rage rooms seem to be cashing in on a cathartic need without providing real tools for healing and transformation.

They are cashing in on our innate feelings of despondency and rage at the state of the world. They exploit the most dangerous impulses we have in order to make money, rather than teach or facilitate healthy ways to deal with toxic emotions.

You have rage, right? You need to deal with it. We don’t want people to trash town fronts, smash in windows, strike their partners or hit back.

We say, in our more self-aware statements, that these are not the proper ways to deal with these feelings. We denounce this behaviour and regard it as an unacceptable response to frustration or rage. Yet, rage rooms provide an opportunity to do those things. Are we allowing a false narrative to perpetuate itself? The narrative that says—if you’re angry, blow it up. If you’re angry, lash out.

The concept buys into the violence and destruction we are bombarded with in movies and video games that make us feel invincible, that creates an opportunity for us to appear badass.

The simplistic narrative is created that this is an acceptable (if not well-deservedly-craved-for) release from the trials of the modern world.

I’m not an expert on anger management but I feel that if you have this rage inside you, the most effective thing would be to use that rage to transform yourself.

If you’re in a domestic dispute and your rage is compelling you to hit your wife or an object, do you actively train your body and mind to calm and transform that energy, or do you feed that feeling to hit back, to destroy, to break?

Not only do rage rooms perpetuate violence as an acceptable response to normal human emotions, but they perpetuate a culture of waste. Viewing objects as entirely disposable and irrelevant is neither healthy nor productive.

Could some aspect of our psychological stress level be based on this very mindset?  A disposable, disconnected, violence-glorifying culture?

This is a violent act dressed up as a stress-relieving act.

There are a myriad of ways to have a cathartic release. Choosing the destructive way actively misleads people who need healing.

Write it out. Join a club where you are encouraged to channel frustration about an issue into activism. If you crave a physical release devoid of intellectual work, dance, skip, swim, run, explore martial arts, hike, kayak down a river.

Practise yoga, meditate. Walk deep into the woods and scream, sing it out at the top of your lungs.

Participate in ritual. Write your fears and angers down on a candle, light it and let it all burn away. Write your frustrations on a leaf and let it go in a river—watching it drift away. Catharsis, physical and symbolic representation, ritual and release are gloriously important aspects of healing and health. Find ways, create ways and encourage others to find ways to experience profound release (both symbolic and physical) that do not glorify or facilitate violence (psychological or physical).

I don’t know that attempting to kick trees from a flying swingset is any more productive than this, but at the very least, I feel confident to say that some form of cathartic release that doesn’t involve destruction is probably more healthy.

I understand this impulse, I truly do. I understand the urge to strike back, the flood from the reptilian brain, the urge from the swell within your nervous system. I feel the fire too. However, symbolic, ritualistic catharsis is an open door filled with a myriad of ways to release the fire.

Perhaps something more intimately and symbolically connected to you and your own fire will be more meaningful and productive.

The park I went to as a teenager was particularly helpful to physically deal with the anger I felt at no longer being a child. The symbolic immersion into that landscape and the ability to use this childhood tool, the swing, in this adult, purifying way, was psychologically valuable for that symbolic processing.

Connect yourself individually and meaningfully to your symbolic release. 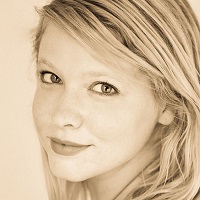