How to find Peace & Empowerment when our Government Sucks. 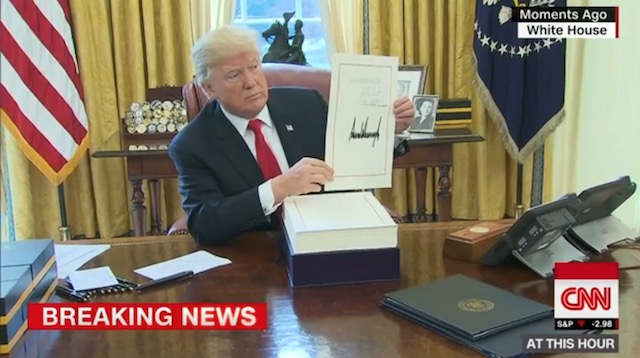 *Eleditor’s note: Elephant is a diverse community of nine million readers and hundreds of writers (you can write too!). We are reader-created. Many blogs here are experience, opinion, and not fact or The One Right Point of View. We welcome all points of view, especially when offered with more sources and less invective, more frankness and less PR. Dislike this Op-Ed or opinion? Share your own take here.
~

No hours of meditation, chanting, praying, yoga, sound healing, or crystals could contain my rage on December 1st 2017, when the GOP senate voted for their tax scam.

Even Calgon couldn’t take me away from this monstrosity (for those old enough to get my reference).

So what are we to do? Live the rest of our lives in constant abject rage? Thrust our heads in the sand and pretend our government isn’t a threat to our livelihoods and the future of our nation? Or do we become angry mobs with torches and pitchforks?

None of this helps to subside the rage, it only makes it worse.

While walking to yoga Saturday morning, I asked myself how I can keep my peace, when overnight, 51 senators voted to increase taxes on the poor and middle class, take away healthcare from nearly 13 million people, raise health insurance premiums, tax student debt, and, in doing so, add trillions of dollars to the national deficit. Republicans are expected to be slashing Social Security and Medicare to make up for it. They are literally ravaging the American public before our eyes with little care or concern.

To pick at the open sore, these 51 senators voted for a 500-page document with illegible scribbled notes in the margins that were cut off when copied. No one who voted even read the bill in full…something that will affect the lives of millions of people. Let this sink in. Many of these senators didn’t even have time to read a bill that will negatively affect millions of people. Eh, who cares? Right? As long as their donors are happy.

Helping them write this monstrosity were 6,327 lobbyists (several of whom worked on the Trump campaign and transition team) for the sake of greed, because that’s what this is—selfishness and greed.

Now, this bill is not yet law. It must pass through reconciliation between the House and the Senate before the president signs. However, seeing how they are trying to rush this through without any discussion, or even studying the bill, means they don’t care what’s in it; they just want it passed.

This being said, the population in the United States is currently around 320 million. Let’s put this into perspective. Just over 6,000 lobbyists and congresspeople currently have 320 million people in a choke hold. It doesn’t have to be that way. We have the power. We have the mass population behind us.

In today’s political, social, and even environmental climate, not voting is no longer an option. Apathy and believing our one vote doesn’t make a difference is no longer an excuse. Less than half the population voted in the last presidential election, and we are seeing the effects of apathy. Imagine the difference we could make if 300 million voted. We are not alone in this process. We may feel we are just one, but we are not. We belong to a community of people who care for a better future. This collective bond empowers us all.

Government isn’t a bad thing. When it functions properly without corruption, governments can be beneficial to its people, and since we are supposed to be a government of the people, for the people, why are we letting corporations and lobbyists write legislation? Virginia state elections were an inspiration to me and many others. People of different genders, races, religions, and a transgendered person decided to run for public office and won.

They have beaten politicians who have been in those seats for years. It was a sign; the country wants change—positive change. These were ordinary people who at one time felt they didn’t make a difference, and now they are at the helm to make huge strides in their communities.

Okay, I get it. Running for public office isn’t for everyone. I am a news junky and have always been interested in politics. As a preteen, I corresponded with Amy Carter so I could learn more about what it was like being the first daughter (it was lonely). Yes, I had my fill of politics, but do I have it in me to run—an introvert who sometimes flirts with being a recluse?

The best use of my talents is behind the laptop, encouraging others to explore their talents and desires. I know there are plenty like me—artists, writers, musicians, teachers, and so on—who have gifts of encouragement and expression. Fifty-one senators and their corporate donors cannot squelch the passions, desires, and talents of hundreds of millions of people. We cannot let them take away all we have achieved.

Another power we have is to become conscious consumers. Yes, American consumers, we hold the key. These rich donors and corporations cannot maintain power if we no longer buy their products and services. Boycott corporations who support this so-called tax reform.

Buy local. Support independent artisans and small business. We don’t need to put our hard earned money back into big corporations, which only feed fat cat robber barons. Wall Street, corporate donors, and these politicians tell us we must “invest,” but we don’t have to invest in them. There are other ways to invest.

We can invest in our family and friends. We can invest in personal development and our own personal projects. We can invest in making this nation a better place for all people, not just for the elite few. This is where a sense of peace and empowerment take hold. Sure, they may be holding our livelihoods in their cold, dead hands, but we do have the ability to free ourselves from their grasp.

Instead of corporate and commercial pizzerias, try the pizza at the local family restaurant. I’m sure it’s better and fresher, and the family would appreciate your patronage. Groceries? I found a fantastic service called “Imperfect Produce,” which delivers organic fruits and vegetables rejected by the corporate grocery stores. It’s less expensive, and it reduces waste. Another suggestion is to organize and start buying co-ops so that we can buy in bulk directly from farmers and manufacturers. And these are just a few among a multitude of options to support our communities.

Imagine if we, the American working class, defy corporate America and build a solid community of support and cooperation. How powerful could we be? The corrupt in our government may have forgotten the meaning of the “United” states, but we don’t have to. We can unite against them.

There is no getting around it. These will be trying times for most Americans. Many will struggle to make ends meet. However, I see this as a good practice to build stronger communities and put more emphasis on our values: family, friends, our own personal growth, our community, and the environment. F*ck corporations, corrupt politicians, and Wall Street. Investing in them has little value, investing in oneself, our community, and our planet is worth much more. 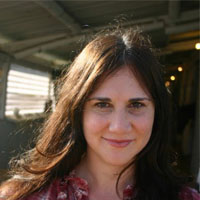