Do we really Need to Love Ourselves? 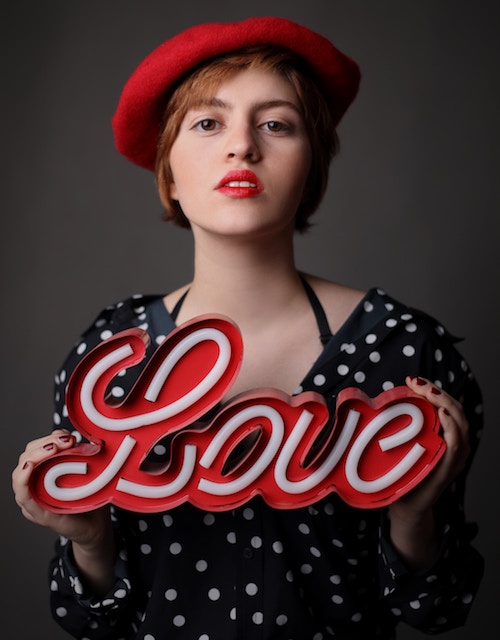 At the risk of incurring the ire of therapists, spiritual counselors, and life coaches everywhere, I’m going out on a limb to suggest that we don’t really need to learn how to love ourselves more—or at all.

Not hating ourselves is a great idea, however.

In fact, I think the popular prescription for self-love is useful only as a corrective to self-hatred, which is typically in great supply. Attempting to reverse or diminish self-hatred with loving attitudes, behaviors, or rituals is important, because it encourages us to choose and activate love for its own sake, not because it actually repairs or shores up the self.

From the spiritual point of view—a perspective increasingly reinforced by the psychological sciences—there is no “self” in the first place. While we all entertain the notion that we have a steady identity, each of us is actually a constantly shifting process of thoughts, feelings, and perceptions that both creates and responds to our physical and social circumstances. Even the body itself is a process that changes daily, all the while we entertain the delusion of its stability.

So we tend to think of ourselves as a certain kind of person with a stable, generally recognized presence, forgetting the fact that this is a “majority opinion” of one. If we closely interviewed a handful of the people we know best about who we are, we’d quickly learn that our presence seems somewhat different to everyone.

We might even be surprised to learn that, in the eyes of others, we are not who we think we are at all. To pin down and maintain our preferred identity in our own mind, we rely on certain habitual convictions about ourselves—that are often tied to early, traumatic experiences. It’s well-established that abused children tend to blame themselves for being abused, simply because it’s too dangerous or incomprehensible to lay the blame at the feet of the actual abusers, especially parents.

If not recognized and processed by therapy or spiritual discipline, such self-convictions can last a lifetime.

The universality of abuse.

Just identifying with a fragile, imperfect body in a dangerous and unpredictable world is terrifying, and thus can be experienced as abuse. Whenever we find ourselves alienated, besieged, or overpowered by the world, we’ll tend to develop the convictions that we are weak, inadequate, or abandoned. That’s why some degree of self-hatred is inevitable for everyone, regardless of their circumstances of birth or quality of upbringing.

There are many ways to live with self-hatred: from an aggressive stance to a sheepish retreat, from bravado to insecurity, from jaundiced cynicism to naive idealism. We literally put ourselves together, in our own minds, with some blend of these and countless other attitudes. And that uncertain “self” may change from day to day.

Some people may even appear to love themselves too much, taking on the defenses of self-obsession and narcissism. These personality traits lead them to trumpet their superiority, specialness, or exaggerated influence in order to draw their own attention away from the self-hatred within. (It’s usually quite apparent to others, however.)

Regardless of the ways we have invented to hate ourselves, it can be tricky to maintain a daily stasis that enables us to function. When that stasis fails, we can find ourselves chronically depressed and struggling to find the will to live another day. Or we may direct the instability of self-hatred outward, becoming obnoxious and overbearing. This is the “horrible boss” syndrome known to countless corporate workers, who must deal with the negative effects of self-hating individuals who have found a way to capitalize on the most noxious elements of their character.

Either way, it can require some kind of life crisis or “bottoming out” to confront and release the various strains of self-hatred that make up our personality.

When the self dissolves.

The paradox of inner healing, though, is that releasing self-hatred doesn’t actually lead us to discover a new, more lovable hidden self within. And we can’t love a better self into existence either. As we let self-hatred go, we find our “self” going away too. That’s because it has been built from a toxic blend of negative convictions from the start.

By contrast, real love erases the self.

And by “real love,” I don’t mean romance, affection, or even learning to commit random acts of kindness. I mean a deeper underlying capacity of human consciousness that’s unlikely to be tapped in conventional therapy, but that may be discovered in the more thoroughgoing process of spiritual discipline.

This is where the traditional mystical experience of “surrender” is engaged. Surrender can be simultaneously humiliating, disorienting, and frightening because no one likes to acknowledge, at any age, that their personality up to that point in life has been mostly a self-hating delusion.

Many times in the course of self-confrontation and surrender, I’ve found myself recognizing the need to let go of resentment, compulsion, or some other negative habit of thinking and feeling. Years ago, when I was healing from a serious illness, I faced the need to let go of a chronic anger against my parents. The struggle I experienced had nothing to do with deciding whether they deserved forgiveness, but whether I deserved a better life.

Thus, I found myself struggling with the question, “What will I do now?” As I recognized the scope and depth of my angry hatred—directed both within and without, extending far beyond my parents and anything they had done—I realized how much of my time and self-awareness had been preoccupied with it. Not having that anger around meant not knowing who I was anymore.

Over time, I’ve further come to understand that letting go of self-hatred really means releasing the self that hates. With courage and vigilance, it can be let go in a way that lets love take its place. But the more that love takes the place of self, the less we need a self at all. Life becomes more instinctive, less controlled or attached to the anticipation of outcomes, and less constrained by the limits of one’s own personality .

Love, creativity, wisdom, compassion, and devotion don’t “belong” to us in the way that our emotional aches and mental pains do. We’re not in the habit of identifying with these higher states of human experience. Yet the more we inhabit those higher states, the less of a chronic, pained, and imprisoned self we present to the world.

While it may sound like a mystical proposition, it’s both feasible and eminently practical to let love itself become the only “self” we need.

D. Patrick Miller has been a seeker and researcher of spiritual wisdom for over two decades. He is the founder of Fearless Books and the author of a dozen books and over 100 … Read full bio